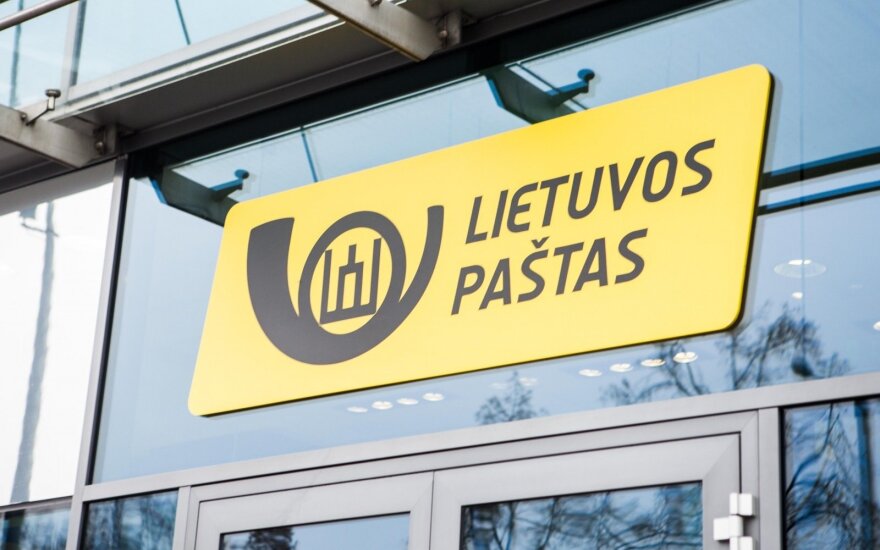 The “Peasant-good guys” appealed to Prime Minister Saulius Skvernelis and Minister of Transport and Communications Rokas Masiulis on Thursday, requesting a halt to the Lithuanian Post (LP) service reform, which is to replace all current post branches in the country with the “Future postman” conception. It outlines that postmen would reach clients living in even the most remote locations by car.

According to the ruling fraction the abolishing of post offices would be yet another blow to the country’s regions. It is not difficult to suspect that one of the reasons behind such perceptions is that the LP maintains offices (all state operated) in even the most remote provinces, where the company not only receives no benefit, but must also compensate its losses at the cost of more effective branches of service.

The chief “good guy” also made his mark. “We agree with the Lithuanian Post’s pursuit of improved results, however we believe that such optimisation is not the right way forward for a state owned enterprise. Not everything can be measured in money and this idea does exactly so. Such a reform would take away yet another vital member of the community, the Lithuanian regions would be further killed off,” the portal Delfi quoted Seimas group prefect Ramūnas Karbauskis.

This contains several aspects worth discussing. Let us start with the less important.

Mr. Karbauskis has stressed a number of times already that in this country “we cannot measure everything in money”. Translating this into understandable language, he is proposing a peculiar vision where everywhere and all the time people could live at someone else’s expense. And he cares little whether the currently still open LP branches live off of the whole company, other clients of the company (those in cities for example) or all tax payers.

I suspect that R. Karbauskis’ fatherly concern with LP branches in villages and his vision of “not measuring everything in money” is a part of his cunning deception – I do not understand how a person who pays income tax at a rate of 1.6% and says that it is “vsio zakonno” [everything is legal] while also shifting social concerns from left to right, onto the back of the state and its companies. But it is perhaps not the time or place to discuss matters of moral right. If he’d pay like a normal person – at least 15% - the country would obtain something like an extra million euro. Including for social needs.

One of the greatest issues of society and the state is that we do not know what costs how much and we do not even want to know. About a neighbour’s income – that’s a sacred matter. But what the cost of services we receive is, how much maintaining postal branches costs, what our actual wages are – no, that’s no concern of mine.

I am convinced that if any government (I no longer expect it from this one anymore) would implement strict regulations that citizens paid taxes themselves and not some sort of mystical employers (that being working people receive everything from the wage fund, including the cost of their workplace and then had to pay all relevant costs and taxes to relevant institutions), the growth of civil society would be even more encouraged than during the national revival of 1988-1990.

I would agree with the economists who say that if Sodra created a simple structure which allowed every citizen to see how much they have gathered for their pension, namely their pension account, there would be no more issue of competition between private funds. But this is not the case.
Sodra and the post are specific black holes – nothing can be seen there. Only the hairy hands of politicians and officials reach into them. They do so and hypocritically claim that “we cannot measure everything in money”.

All sorts of right wingers and liberals thus say that in order to make real service costs more transparent we need to privatise whole sectors of the economy. Likely the LP as well. However the Lithuanian experience shows that handing over rights and duties to provide certain services (so called autosourcing) to businesses, it raises prices far above real ones. And this is not a solution either, sceptics say, coming from government institutions typically, ones like the Children’s Rights Protection Service, which are unable to regulate the process.

A laudable initiative appeared in Lithuania some seven years ago – to make government or government majority owned companies as transparent as possible. This process continues even today. We can talk about how the energy companies have more or less sorted themselves out, how the new Ministry of Transport and Communications management has taken up working on Lithuanian Railways and LP, and…

The Peasant and Greens group in Seimas states “we cannot measure everything in money”. Goddamn it, what then? National costumes, pianos for the Seimas, goodwill (which is equivalent to bribing voters and populism)? That is how we live.

And now for the most difficult question for which we need to find an answer and regulation. The form of the test. Try answering.

You are taking some documents to the Centre of Registers, which is not a UAB, not even an AB, but a government company and you pay it significant money for every single inquiry, every single paper (my last encounter with this institution was my flat measurements and formalising documents, costing almost 150 euro). What would you say if you knew that government institutions pay nothing at all for the services of the centre? And since the centre works as an institution that has to pay off, then the demand for free services from other government institutions (those working in the centre stress that such “free” requests continue to rise) leads to costs being shouldered by citizens and private businesses.

Another question – in the Lithuanian electricity market it just so happens that due to decreased electricity supply in the market, prices rise to insane heights. How should Lithuanian Energy proceed then?

b) Turn on the Elektrėnai blocs and sell the energy produced under production cost, but socially justly?

c) Do nothing and sell nothing, disregarding the existing electricity deficit?

How would the decision of Lithuanian Energy be received?

Would choosing option A lead to various social rights protectors shouting that “the government is profiteering off of the poor”?

Would choosing option B and the time to pay dividends arriving, with dividends being poor, lead to inviting the chief managers from the company to the Seimas Committee of Culture and inquire – why did you earn so little that there is no money for culture?

Option C in Lithuanian reality is likely the best because doing nothing is a premise to neither be scolded, nor lose one’s chair. And if you even appear on TV with tears in your eyes, saying that “the company did not want to profit at the cost of the people of Lithuania”…

Such are true Lithuanian choices. Ones that cannot be measured in money.

Tense geopolitical situation in the European Union over Brexit , refugee crisis and security...