What do Lithuanian opinion formers think about a possible Brexit?

the Lithuania Tribune, LRT
aA
British voters are hitting the polls in six weeks to decide whether their country should stay or leave the European Union. The effects of Brexit would be felt throughout the 28-country block, so the EU and countries like Lithuania should also unobtrusively contribute to the debate in Britain, Lithuanian experts say. 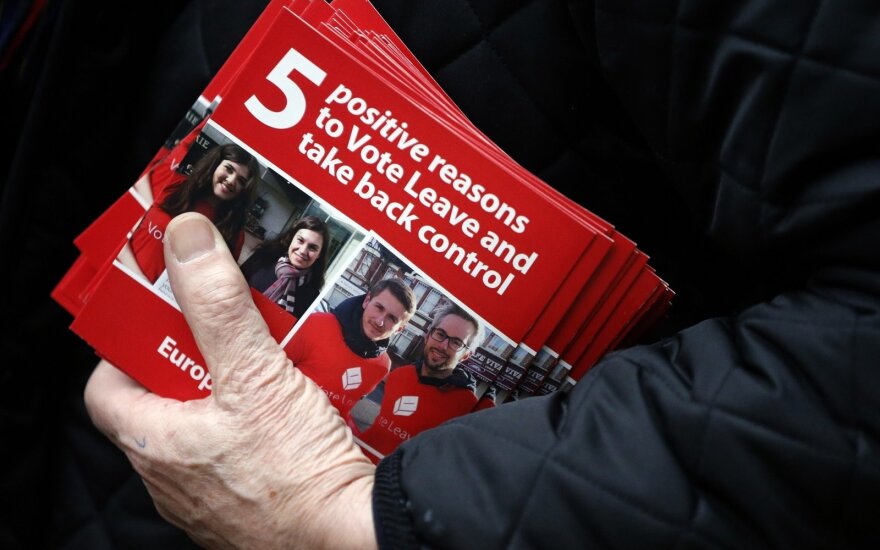 The latest polls (TNS) suggest that British voters are split equally into three groups: a third support Brexit, a third want to stay in the EU and another third are undecided. What factors will influence the last-minute decision of the British voters?

Kęstutis Girnius: I think voter inertia will be the deciding factor. After all, leaving the EU is a huge and risky move, and most people know it. Those determined that the UK should leave are very firm in their position. The wavering ones usually end up going for the status quo. Over the coming five weeks that remain until the referendum, there will be much emphasis on how dangerous Brexit would be not just for Great Britain but for the entire EU and even the Transatlantic relations. Britain has always been proud about its special relationship with the United States - that relationship will be much weaker if Britain leaves Europe.

People who oppose something are often more active. Are we to expect a much more vigourous campaign from the Brexit camp?

Girnius: They will be more active, but bearing in mind the undecided third, I think that in the end two-thirds will decide to stay. Something similar happened in Scotland as was the case in Catalonia. Before voters went to the polls there, opinion polls suggested that the exit campaigns had the lead but when the time came for voters to make up their minds caution prevailed. 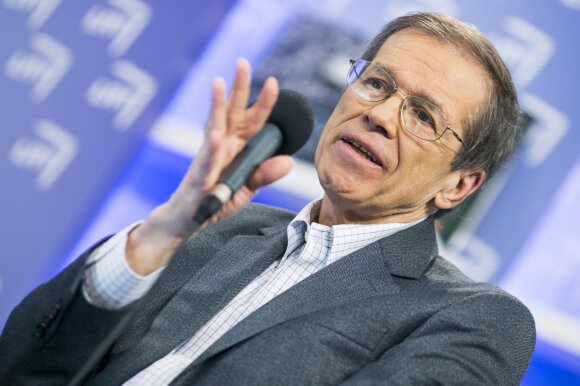 Minister Linkevičius, what do you think about the possibility of the UK leaving the EU? Is it realistic?

Linas Linkevičius: I hope very much that conservatism will prevail. Prime Minister David Cameron has delivered an emotional address arguing that the Brexit campaign is urging the country to jump into the dark with so many questions unanswered.

He said that Britain draws concrete benefits from being in the EU: security, economy, trade, keeping its status as a relevant player. Meanwhile Brexit campaigners do not bother answering many of the questions.

I believe that the discussion will go into a more active stage and replace emotion with argument. Britain would win, or at least not lose out, by staying, while at the same time we have to acknowledge that the criticism it has voiced has substance, too. Britain and the EU recently reached an agreement and the prime minister said the government was happy with that agreement for now, on sovereignty, competition, benefits.

In fact, he mentioned the Baltic States in his speech, too, and singled out three challenges: Russia, migration and terrorism. Britain can accomplish more together with the EU on all those fronts than alone, since within the EU it has a completely different level of leverage.

So we hope that a discussion based on arguments will begin and force those who doubt to consider all these issues. 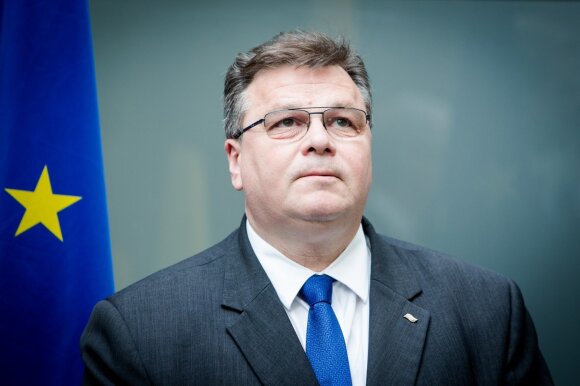 What would be the impact if Britain decided to leave the EU after all?

Girnius: It would be the beginning of the end and bring extremely negative consequences. First, the EU would become weaker as a defence institution. Britain and France have the biggest armed forces in the bloc.

There is also an impression that the EU is dominated by the German-French axis and Great Britain is only the one to challenge that.

Finally, there's the issue of counterbalancing Russia and transatlantic relations. Importantly, virtually all Britain's allies think it should stay in the EU: Australia, Canada, New Zealand. Even the prime minister of India said that England was their gateway to the EU.

Another thing to consider is how this will affect other eurosceptic forces. Three days after the referendum, Spain is holding its elections. If Britain left, many eurosceptics would be handed a precedent to use.

There are already all sorts of fissures within the EU, for instance on Russia, on refugees, on economic policies. And if one of the three most powerful nations left, this would send a message that the EU is no longer an organization that everyone wants in on.

Are there any plans for how Brexit would be carried out technically? They are talking about negotiations that would last several years, about a special status. Would treaties signed by the EU still stand?

Linkevičius: Without going into detail, leaving the EU is discussed in the Article 50 of the EU treaty. The European Parliament and the European Council would need to have a say on this. But unless there are other deadlines, it would take several years between saying 'we are leaving' and making it happen.

We should also say something about our own [Lithuanian] citizens. First, those who have lived in the UK for over five years would not face big problems, because they have a right to permanent residence. As for those who have spent less time, the British government would have to decide what to do with them, since they would become third-country nationals.

I think we should concentrate on what we can add to the discussion. But very subtly, because no one likes being told what to do.

Britain is one of our closest allies in the EU, in NATO, in the United Nations. The British voice in the European discussion is in line with our own position on threats and what to do about them. So it would be a huge loss if they left. Nations that have freed themselves from occupation are very grateful to countries like the United Kingdom. Cameron tried to reference this sentiment in his speech.

Jovita Neliupšienė: Right now, no one is considering scenario B. EU institutions and member-states were focused on offering Britain a good deal. Answering questions that are important to British voters. Working out what should be its relationship with the eurozone, how to sort out issues with countries that do not want ever-deeper integration. What to do on freedom of movement and social security, issues that are touching on the jurisdiction of national governments. Everything that member-states could have done, they did. The deal is in and it will stand until we know the results of the referendum. Hopefully, the results are positive. Right now, the EU institutions are not considering any other option.

And yet, what would be the issues that would need to be sorted out in case of a Brexit vote?

Neliupšienė: According to rules currently in place, there would be two years of negotiations on Britain's status. There are so many questions - legal, institutional and political.

One legal issue is that some treaties or regulations apply only to member states and they contain no clauses about transition. Once someone says they don't want to be an EU member anymore, what do you do with other regulations? A more complicated issue has to do with institutions - what to do with British staffers and parliamentarians? 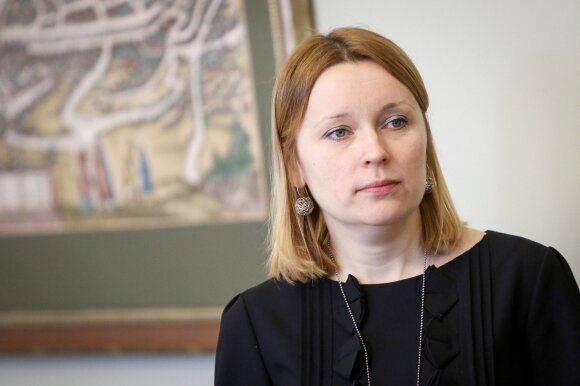 Girnius: Moreover, share prices would fall, the pound would plummet, there would be all kinds of other concerns. The EU is talking about a democratic deficit and how citizens in many countries believe they are losing sovereignty. One of the arguments used by Brexit campaigners is that British citizens gave up their sovereignty, have no control over their borders, are forced to accept migrants and so on. This is a myth. The EU, Brussels and some officials do not take these questions seriously, which opens up the floor for Brexit supporters. In Lithuania, we have the Labour Party which is exploiting similar demagogy, saying they will protect us from the onslaught of refugees.

In Lithuania, debates about giving up national sovereignty is popular too.

Linkevičius: Let's be frank and honest here. When we joined the EU, we consciously handed over some of our sovereignty. Let me add several more arguments. Once a member leaves, its free trade agreements become void. If they can be reintroduced later on, that would still shave 3% off the GDP. If they can't, then the loss is at least 5%.

When something goes wrong - in governance, legislation or implementation of directives - we look at Brussels and say that we were doing everything right but that Brussels handed down orders and that's why things went wrong. The British have been indulging in this kind of thinking too.

On the other hand, people in the Conservative Party say that the British economy is stable, it is growing consistently, so why should they give away their goods to newcomers; that migrants are taking people's jobs and abusing the British welfare system.

Girnius: But there are counter-arguments, too. Figures show that migrants contribute more to social services than they take. We could say that the British economy is doing better than the EU's, but the prosperity depends on Britain being in the EU. Will this prosperity continue if they leave? Most British companies say that the costs of Brexit would be very great for them.

As Britain is nearing a crucial vote on continuing its membership in the EU, Lithuanian experts say...

Almost half Europeans want their own UK-style referendum - survey

As the United Kingdom is preparing for a referendum on its membership in the European Union , a...