What are the key risks facing the Lithuanian economy?

(1)
the Lithuania Tribune, LRT
aA
Gitanas Nausėda, Žygimantas Mauricas and Nerijus Mačiulis, all economists at leading commercial banks in Lithuania, are optimistic about Lithuania's economy in the coming year but they highlighted some of the greatest economic risks Lithuania faces in the coming year - most of them international rather than domestic. 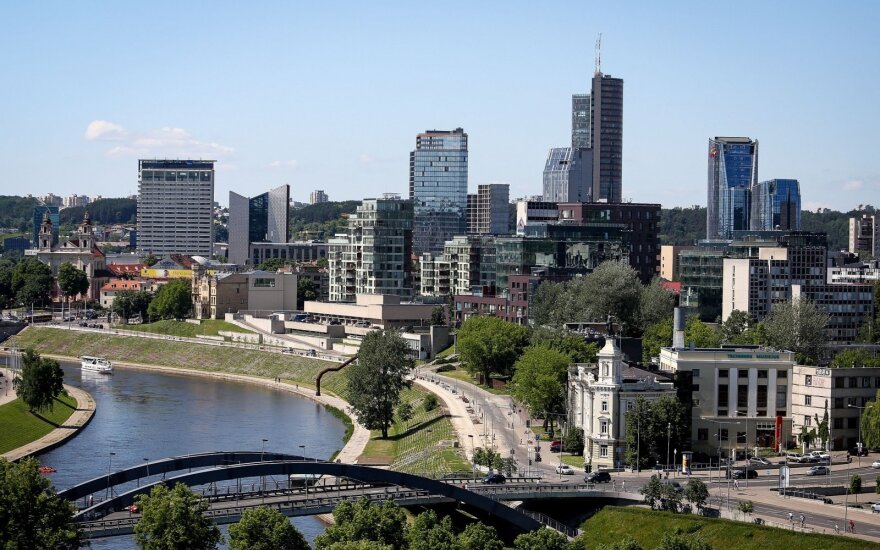 Lithuania's leading commercial banks are predicting GDP growth of 3% for Lithuania this year, though their economists foresee potential risks that could weaken or even eliminate that growth.

“What worries me most is the Lithuanian business community's reaction to ongoing unrest, especially in the European Union. The European Union is balancing at the top of a slope. If it was united, it would grow, but the current situation is unclear,” said Nordea bank chief economist Mauricas at the annual EBIT executive conference.

“An even greater threat is how we will react to the situation that has built up. The level of investment in Lithuania is not yet sufficient. There is a worry that the elections coincide with what is probably not the best time for the European Union, and before the elections, we're hearing all sorts of solutions that would raise doubts about the domestic market,” he said.

Nauseda, advisor to the president of SEB Bank, was once more pessimistic about the country's economy, but he said that he has recently felt more assured about domestic risks and has focused more on international risks.

“I have already grown used to how political proposals appear out of nowhere, are dragged around in the public eye, and are then thrown away somewhere,” Nauseda said.

In his presentation, the economist emphasised that Lithuania's economy will grow this year but at a modest rate. 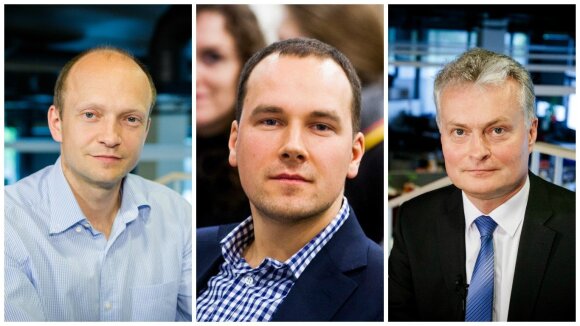 He also added that although it has been reported that Lithuania's exporters to Russia have been successful in reorienting their businesses to other markets after the Russian market has encountered economic problems and implemented sanctions, finding room in those new markets won't be easy, as other countries and the European Union as a whole cannot boast of strong economic growth either.

Mačiulis, Swedbank's chief economist, is convinced that Russia has already reached rock-bottom: the EU probably won't extend its sanctions, and oil prices have rebounded slightly since the beginning of the year.

He believes that the Commonwealth of Independent States, along with Russia, still have something to offer to Lithuanian exporters. If Russia's economic situation improves, these exporters will try once again to return to markets where their margins of return are higher.

“I think that the withdrawal of sanctions and rising oil prices will allow Russia's economy to stabilise. The lowest point has been reached. There will once again be an opportunity for Lithuania's business people to export there. I doubt that they'll say that they've learned their lessons,” said Mačiulis.

When discussing the domestic market, Nausėda said that lower energy prices had driven purchases for non-essential goods up until now, but that the price drop may not last long.

“When that rebound occurs there will be less money for other products and services, that can affect people's optimism and expectations,” said Nausėda.

Mauricas also identified several risks that could dampen optimism on Lithuania's economic growth. First of all, he mentioned the general slump in global trade which would make it more difficult for Lithuania's exporters to find and fight for new export opportunities.

He said he was also worried that the economies of economically stronger EU countries like Sweden were growing faster than Lithuania's. “Where is that convergence?” the economist asked.

Another risk Mauricas identified was political – the potential withdrawal of the United Kingdom (Brexit) from the European Union.

“[The US] helped Europe compensate what it lost in exports to Russia and China,” said Mauricas.

However, there is a negative aspect to this as well – Europe has become dependent on the US’ economic situation. Despite this and other risks, however, Mauricas believes that the global economy will avoid a recession this year.

The European Union is currently faced with a very difficult situation, he said an de believes that if the EU does not manage to deal with the refugee crisis, it may lead to a Brexit.

If not for the impact of the economic crisis in Russia , Lithuania's economy would have grown by 4.2%...

Is a new real estate bubble inflating in Lithuania? (3)

Investment in residential real estate in Lithuania last year bounced back to levels last seen in...

Lithuanian economists have criticized the government's "inaction", saying that the country's economy...