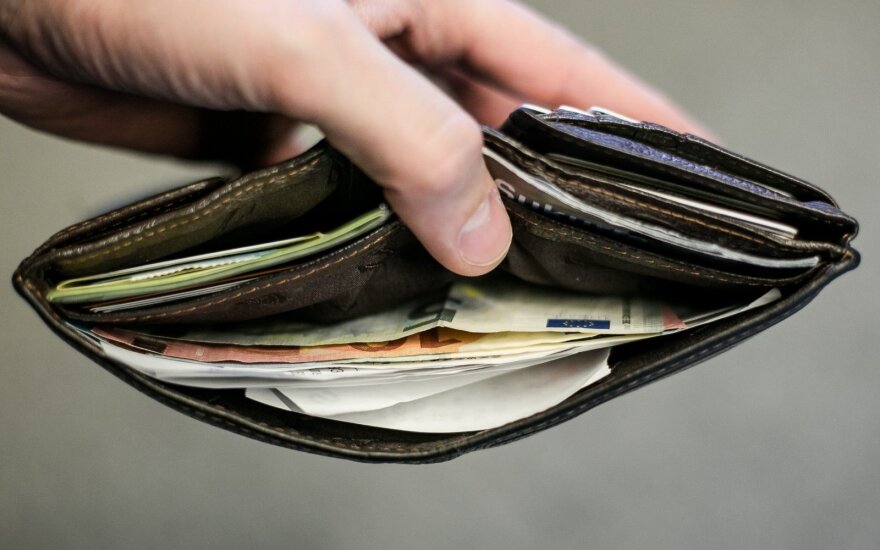 The European Central Bank evaluated the Lithuanian, Latvian and Estonian economies, also warning regarding future threats. There are three of them, but the very first is how to maintain competitiveness, which is declining due to rapid wage growth and productivity not keeping up pace.

The European Central Bank's press release states that over the past three years labour expenses and wages have risen significantly in the Baltic States which leads to a gradual decline in competition.

The main reason for this is a significant decline in the growth of productivity while the real costs for one employee have risen.

It is emphasised that these countries are also faced with labour migration which means that the labour market is flexible and pressured to raise wages.

It is announced that unemployment has already become a structural problem in the countries and there is a continuing disconnect of available skills and those demanded in the market.

Due to this it was recommended to take up measures which would improve productivity and ensure that employers would be able to find staff with necessary skillsets.

One of the other two threats are the need to avoid the middle income trap, which the Bank of Lithuania board chairman Vitas Vasiliauskas spoke of recently.

Delfi announced that if costs continue increasing in Lithuania, while income growth declines and productivity does not increase, then it will become the greatest issue for the country.

"The fact is that last month inflation in Lithuania was the greatest in the Eurozone. Let us not forget this is due to several factors. One of the main factors is the 9% annual wage growth. <...> The second factor is our fiscal policy. Namely excises and the VAT heating exemption. Just these two measures have pulled up our inflation by almost 1%. Bar these, things would be different. But these are expected and natural matters. If we did not have these tax decisions, our price growth rates would be very similar to that in Estonia and Latvia.

This is likely the fundamental question – incomes are on the rise, but what of our efficiency, how do we keep a competitive edge so that we are not left in the middle income trap, where prices are large, but incomes are not quite and we lose development potential. This would be a major headache for the entire state," V. Vasiliauskas said.

He notes that Estonia exceeds Lithuania in not only wages, but also in prices.

"In the intermediate period things will be the same in Lithuania as they are in Estonia. The fact of income increase is good. The growth of incomes could allow us to resolve our greatest challenge – emigration and demographic problems. The latest Estonian data shows that they have a demographically positive situation – more Estonian origin residents have returned, more citizens from third countries have arrived. <...> The income level is now such that people are seriously considering steps which would lead to returning home," V. Vasiliauskas commented.

The third threat that has been identified is the need to rein in the falling state economic cycle. As a reminder, the Lithuanian economy is very small and open, which was displayed by the impact on it in 2008, thus it is yet another challenge to keep in mind.

It is recommended to maintain an anti-cyclical fiscal policy so that sufficient reserve fiscal space is created now in order to avoid pro-cyclical consolidation during unfavourable periods.

Amid a rapid decline in Lithuania's worker-to-retiree pension , the central Bank of Lithuania is...

Experts of the International Monetary Fund (IMF) have recommended that Lithuania should continue...

The Baltic States are among the best locations in Central and Western Europe. According to the...