Wage statistics – better to work for the state or for business? 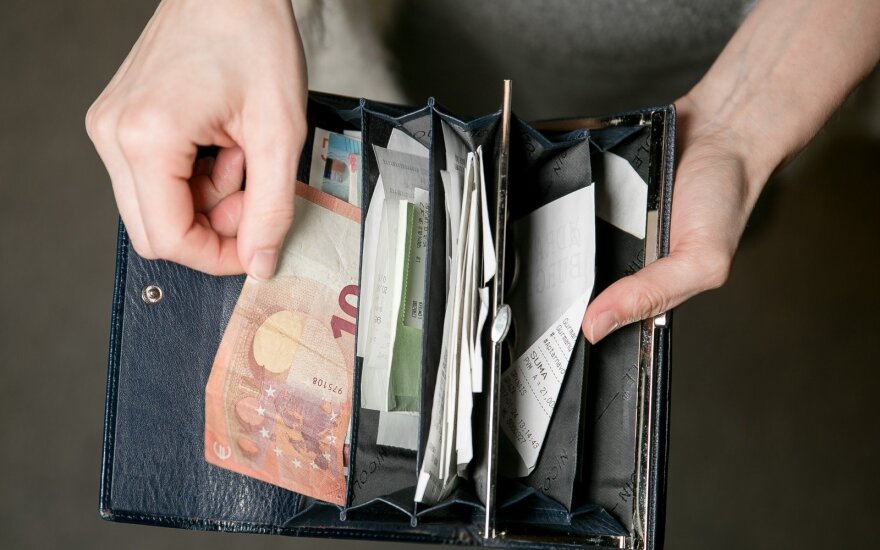 While seeking work based on their profession a person can choose between a government institution and a private company. While wages are rising faster in one of these sectors, in the other, according to statistics, they are larger. Tv3.lt reported.

Wages rose particularly much in housing and catering companies, by around 14.5%.
Meanwhile the average gross wage of staff financed from government and municipal budgets reached 770 euro in 2016, rising by 6.7% during the year.

The Department of Statistics calculates that the average monthly gross wage, including individual companies, rose by 7.9% (by 57 euro) last year up to 771 euro. The average monthly net (subtracting tax) wage rose 8.3% (by 46 euro) up to 600 euro.

Related articles
Lithuania's GDP increased by 2.2% in 2016
Bank of Lithuania forecast – how will we live next year?

Private and public sector wage statistics could be distorted

Furthermore last year the rise in minimum monthly wage (MMW) also had an impact on the private sector, particularly the housing sector where many people would receive the MMW off the books. With those incomes becoming less prevalent it is moving into the official statistics for the private sector,” T. Povilauskas explains.

Meanwhile Chief Economist for Swedbank Nerijus Mačiulis claims that wages are not larger in the public sector, just that the statistics are distorted due to off the books payments.

“In the private sector something like a quarter of all wages are paid unofficially. This distorts statistics and we do not see the real picture. This is one of the reasons why we often mistakenly believe that in Estonia wages are far greater than in Lithuania. That is not the case,” the economist notes.

He claims that the greatest impact on wage growth was the 17% rise in MMW as it is specifically in the private sector that most people earn the minimum.

“Another reason is that last year the State Tax Inspection (VMI) enacted a fairly effective unofficial labour wage reduction strategy, warning companies where more than half the staff work for the MMW of expected reviews and evaluations of whether there is no practice of unofficial wage payment. Just these warnings were enough to raise official wages in those companies,” the expert revealed.

People migrating from the public sector to the private?

Talks that finding qualified employees is one of the greatest current challenges have continued for a long time now. Thus businesses are not just competing among one another, but the competition will grow and expand to encompass state institutions as well. Thus the representatives of the most needed specialisations can expect the greatest pay raises.

Nevertheless the public sector is fixed – wages do not depend on staff demand or productivity, everything is decided by the government.

“Lately there have been initiatives to raise wages for certain public sector employees. This year we will see a somewhat greater rise in wages in the public sector, but overall the average wage levels will rise somewhat slower than in 2016, mainly because the MMW is no longer rising and it was a major factor in the pay raises last year.

In a certain regard it would be a positive process if the gap between private and public sector wages increased, it would perhaps incentivise public sector employees to seek work in the private sector. We have an old structural problem that the Lithuanian public sector is overstaffed. This problem can be resolved in two ways – by implementing structural reform, abolishing some state institutions and reducing staffing or it can be left to the rising gap in wages to attract more of those working in the public sector to the private. This has been expected for a long time already, however, and continues to not appear. In order to ensure that the state sector would have enough financial clout to adequately raise wages it will be necessary to reduce staff numbers in it,” N. Mačiulis told news portal tv3.lt.

Analyst T. Povilauskas believes that wages will rise more in the private sector this year because the government budget has limitations in what sectors wages can rise.

“There are many concerns, but it appears that Lithuanian business is expanding and wishes to create jobs. I would like to believe that wages in the private sector will rise somewhat faster, but the question is how sustainable this is in the long term and it shows when talking to public sector representatives, that it is especially difficult to compete with private enterprise in order to attract highly qualified employees.

If you are qualified businesses are prepared to win you over from the private sector. The problem will become ever more relevant and I would not be surprised that state expenses should increase toward pay raises. This is with next and the following year in mind,” the economist said.
Echoing N. Mačiulis he believes that in order to raise wages and retain qualified staff in state institutions it will first be necessary to reduce staff numbers.

The SEB bank predicts that gross wages should rise 6% this year. Swedbank data concurs with this.

Remembering the 2008 bubble after warnings of a heating housing market

For a decade we have heard repeated stories of foreign companies entering Lithuania and successfully...

Consumer prices on a rise. More to come (1)

In January consumer prices increased by 0.3% compared with December and were 2.3% higher than a year...