Wage growth calculated – who was most fortunate? 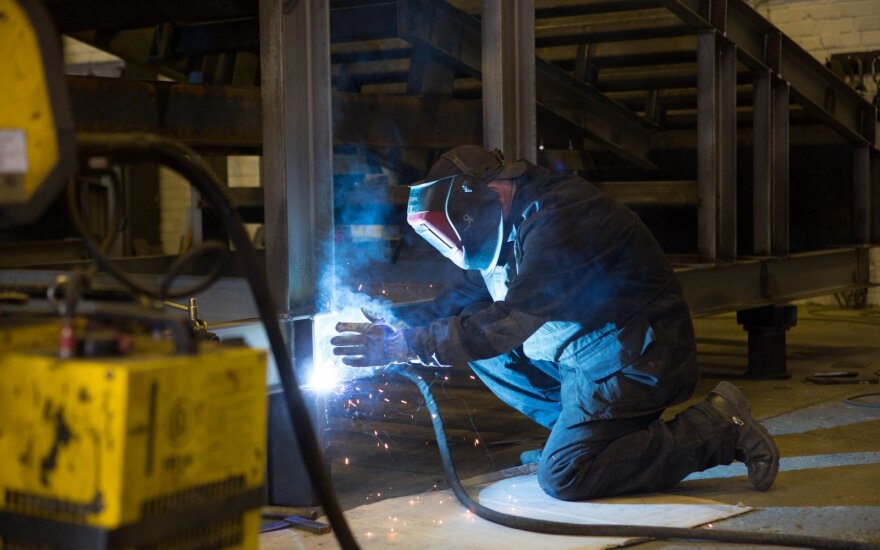 Compared to the same period last year, during the second quarter of this year, those employed in Lithuania earned approximately 200 million euro more.

The chief advisor to the director of Sodra Julita Varanauskienė who presented the data pointed out that over the past year overall income growth exceeded 9%.

The incomes of the lowest earners rose more frequently than those of the top income earners.

8 of 10 experienced wage growth in excess of 5%, among those who earned the minimum monthly wage or less last year.

Only 4 of 10 among those who earned more than 3 average monthly wages (above 2.3 thousand euro before tax) saw wage increases above 5%.

Calculating overall, over the period of a year, approximately 60% of those in employment saw wage raises of 5% or more.

According to J. Varanauskienė the lowest income earners say they do not feel any income increases (particularly when prices are also rising) due to several reasons:

"The wages of the lowest income earners are nevertheless very low, people perceive it as their wage remaining at the minimum. Finally in the cases where a part of income is not declared, changes in the minimum monthly wage may not have helped raise incomes."

On the other hand, the advisor highlighted that the number of those earning under the minimum monthly wage decreased by 8.9 thousand over the span of a year and in late June 2017 numbered at 147 thousand.

"With declared incomes rising, the social guarantees of those insured are increasing, improving economic conditions and rising competition over workforce is contributing to the rise of the average monthly wage," J. Varanauskienė explained.

According to the expert's calculations, the portion of those earning the minimum monthly wage or less decreased from 22% to 20%.

She also points out that wage growth is also influenced by the intensifying competition for employees.

The likelihood for income decreases is greater among the following professions: lecturers, teachers and other education specialists, concrete layers, plasterers, dairy product manufacturers, tailors, insurance agents, bartenders, trainers and others.

"We believe that the wages of construction related professions were influenced by pursuit of ways to reduce taxed income by looking for other forms of work activity," J. Varanauskienė commented.

She predicted that during the second half of this year, wages should continue increasing at the same rate as in the first half. Most likely the trend of more frequent wage rises will remain among those earning the least because it is easier for employers to raise their wages.

J. Varanauskienė states that so far Sodra does not have data about the wages paid to staff by employers in July. As such it is currently unclear what part of unqualified staff will have experienced wage increases as per the new Labour Code.