Vygaudas Ušackas, former Minister of Foreign Affairs of the Republic of Lithuania
aA 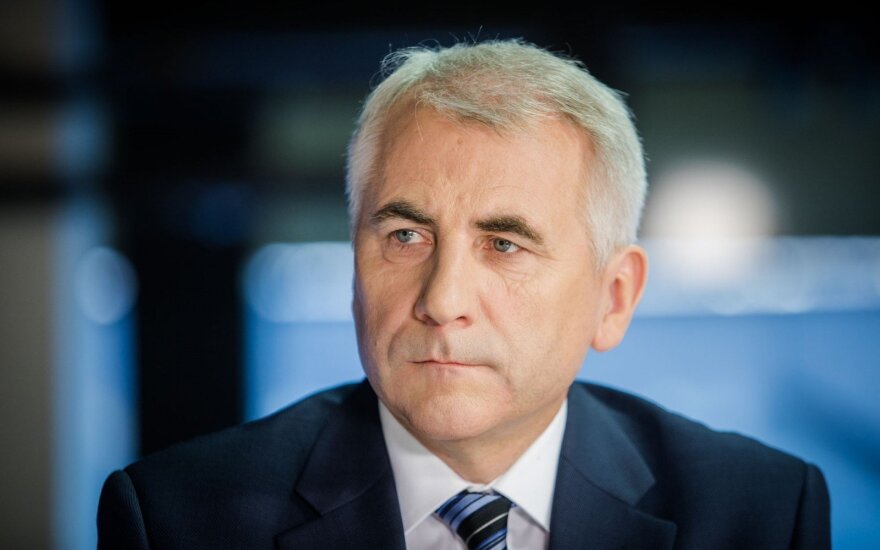 The doors of the White House will open for the three Baltic States' presidents on Tuesday evening [the meeting has already been held on April 3, 2018]. Here the leader of our most important ally could help us reach desired victories or surprise by hampering them. D. Trump knows how to present the image of an unpredictable leader.

Nevertheless, everything is in our hands. As long as unforgivable mistakes, the sort which will be very difficult to remedy later, are avoided.

The USA views the three Baltic States as a united region. As if a front, beyond which there are hot and cold conflicts, where the Western and Eastern world views collide. A confrontation of world views. In their eyes this grants a special status to us, for which we are valued as important allies.

We earned it for Lithuania through the diplomatic mission on entry to NATO. In 2001, when I began to represent Lithuania, I told the US that in pursuing NATO membership for the three Baltic States, we will set aside our earlier competition and will act based on the principle of one for all and all for one. We embedded this message deeply into our political perspective and tradition of mutual relations. Thusly we arrived in NATO.

This is specifically why both sides are prepared to discuss questions of regional security. President D. Trump will be advised during this meeting by recently appointed chief officials – Secretary of State Mike Pompeo and National Security Advisor John Bolton.

I got acquainted with D. Trump in 2005 and with his most influential advisor J. Bolton – already in 1998, when he worked in a law firm and was already a fierce critic of the Clinton administration. He is one of the "neoconservative hawks", who support military, not diplomatic solutions in conflict. From the very first meeting, J. Baolton, same as the other architects of G. W. Bush's foreign policy – Paul Wolfovitz, Stephen Hadley, Bruce Jackson and Steve Biegun – was very supportive of the Baltic States' pursuit of NATO membership and was critical of V. Putin's aggressive policies.

It is an advantage we must make use of. Similarly as that we are among the first few, who not only committed to, but also will be spending 2% of GDP on defence. As such, our united desire for the deployment of US forces in the Baltic States as one of the most important deterrents to Kremlin revanchist actions, is logical and understandable.

It is no less important to invite the USA to continue consistently responding to appearances of hybrid warfare, being more resolute in responding to Russian cyber-attacks, interference with democratic processes in the West and the recent poisoning in the UK. We should propose the US to encourage the cooperation of regional heavyweights Poland and Sweden with the participation of the US and the Baltics, strengthening our military-defensive preparedness.

The Baltic presidents will also have to subtly convey the EU's concern over US trade barriers, which are appearing through unilateral decisions during a time when the US and EU must act in unison. The presidents should also express a united position on US liquefied natural gas supply to the EU market and emphasise a united opposition to the Nord Stream 2 project.

However, in pursuit of favourable results, we must avoid mistakes. Among these, the greatest would be a lack of unity. All three presidents must be united and conveying the same message. Quite unlike recent events, where for example a united stance was not taken regarding V. Putin's re-election. Estonia acted one way, we – another.

Such diplomatic failures do nothing good for the solidarity we demonstrate and confuse our partners. The results of this meeting will define prospects for cooperation going forward. Everything will be decided by the capacity to remain united and suppress our differences and ambitions.

This is because it will be D. Trump, who will open the door and he likely will not forgive mistakes.

As such, Dalia Grybauskaitė and her colleagues must be prepared for the unexpected. At the end of this warm meeting, D. Trump, in surprise for even his closest advisors, could hint ot the Baltic leaders that he plans to meet V. Putin because he believes in the power of negotiations and is convinced that he can agree with V. Putin on a more peaceful world.

It would be odd to oppose or disagree unless D. Trump asks their opinion. That said, a question could be posed, what would be up for negotiation: Ukraine, not deploying US troops in the Baltics or something else?

Regardless, it is crucial to unitedly seek the deployment of US troops in the Baltics. Accenting its importance, with the potential meeting between D. Trump and V. Putin, who manipulates the cunning war and peace tactic, in mind.

United States President Donald Trump pledged on Tuesday that the US would periodically station...

Ahead of the meeting of United States President Donald Trump with the leaders of Lithuania, Latvia and...