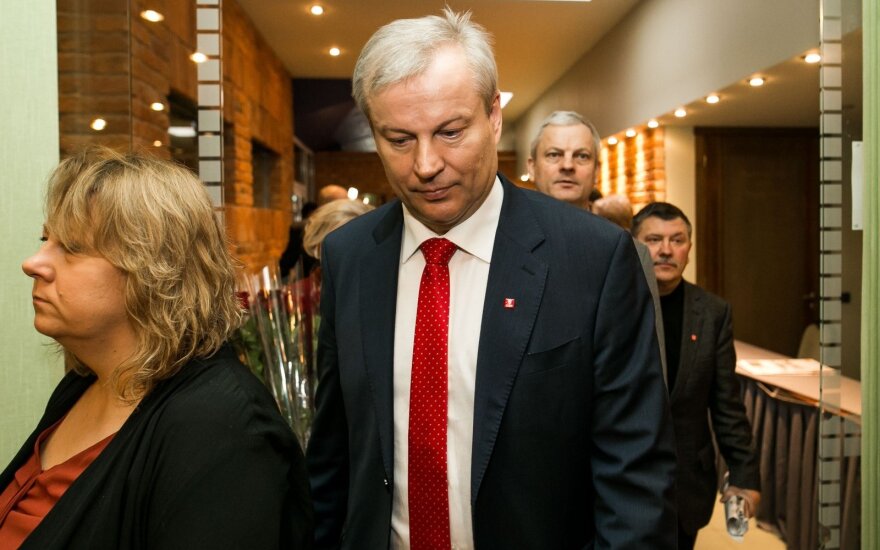 After the State Security Department (VSD) refused to grant Mindaugas Bastys a permit to work with classified information due to his suspicious links to Russian energy industry companies, Kremlin propagandists and criminals, there have been talks of not only impeachment for the member of Seimas, but also a new order. It could impact other figures with business interests in Russia.
“The conclusion is simple – we cannot trust him. <…> Since the VSD protects the state’s secrets, we have made the conclusions that the information could be leaked,” head of the VSD Darius Jauniškis said already on Thursday. 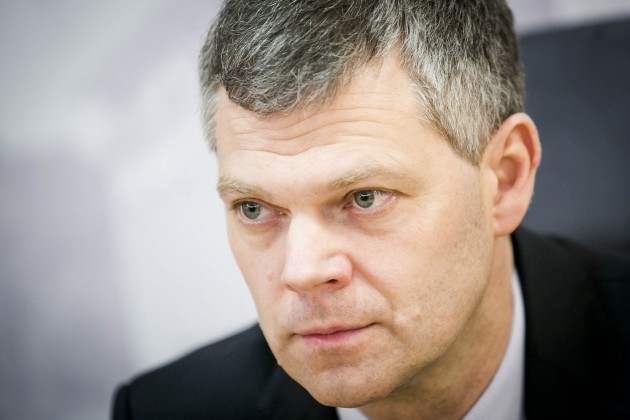 The conclusions provided to the Seimas Speaker describe M. Bastys’ links to nuclear energy corporation Rosatom representative Evgeny Kostin, former KGB employee Piotr Vojeika, journalist for the Russian channel RTR Ernestas Mackevičius, Saturnas Dubnikas who is suspected of formerly being a high ranking member of the Kaunas mafia and businessman Vadim Pachomov who is suspected of illegal activities. According to the VSD these connections make M. Bastys vulnerable and would threaten the security of state secrets he would have been trusted with.

“This is not a report, only conclusions. Based on the regulations that came into power on January 1st we presented the information to the Seimas Speaker. Can we as a state risk to provide information to M. Bastys? I can only repeat myself that we cannot fully trust in this individual,” D. Jauniškis told Delfi, noting that beyond the information that has surfaced in the public, there are other criteria leading to M. Bastys being viewed as untrustworthy. This information has yet to be released to the public or even presented to the Seimas Speaker or anyone else. To M. Bastys’ statement that he has contacted the prosecutor’s office and that he was certain nothing will be found regarding him, D. Jauniškis noted that there is further information which is classified and that it is potentially more condemning than what has already been revealed.

Why did the Social Democrat only attract attention now?

Concern regarding M. Bastys’ candidacy had already been expressed even prior to him being voted Seimas vice Speaker, with the 2013 visit to Seimas he organised for a Rosatom representative, but this did not prevent him from being voted in, with 70 members of Seimas voting for, 29 against and 15 abstaining. 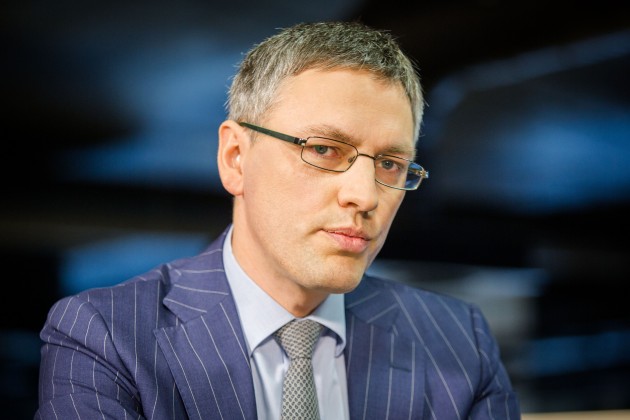 Seimas Committee of National Security Chairman Vytautas Bakas who has also had the opportunity to examine the information provided by the VSD notes it was particularly shocking and stresses that the VSD’s reaction was timely, while the individual in question should in no regard be allowed to be in Seimas management.

Meanwhile D. Jauniškis has stressed that he cannot have every member of Seimas investigated and M. Bastys was only reviewed due to him needing a permit for handling classified information in his position as vice Speaker. To criticism that the VSD reacted too late, Jauniškis pointed out that unlike countries like Russia, the secret services cannot investigate every single citizen and in this case could do so in order to establish whether sensitive information can be handed to the individual.

Surprise Gazprom barrels in a unit

M. Bastys may not be the last to be found maintaining suspect links with Russian capital businesses because in March new regulations come into force which may impact businessmen providing Russian products to state institutions or other objects in Lithuania. The military may be one of the first to feel the impact of this.

Delfi has received information from a businessman who intended to provide one of the Lithuanian military’s units with German motor oil. To the businessman’s surprise, he found that the unit had so far been using motor oil from Gazprom, purchased centrally and distributed to military units across the country. Meanwhile the oil itself only barely meets minimal EU standards.

Suspect contracts to be cancelled

With Delfi inquiring whether the Lithuanian military had actually been procuring motor oil from Gazprom, a specific answer required weeks to arrive. The Lithuanian military finally responded that it does not purchase motor oil from Gazprom and identified the Šiauliai based UAB Apsaga as its supplier, with a 50 thousand euro contract signed in 2015 to last until July this year.

The head of UAB Apsaga Gediminas Bacionis neither confirmed, nor denied to Delfi that the Lithuanian military was provided specifically Gazprom products. His company sells Russian motor oil based on the GOST standards still present in Russia.

Meanwhile Lithuanian army representative Captain Gintautas Ciunis has confirmed that the motor oil received from UAB Apsaga was made by Gazprom, he explains that this becomes visible when the contract winner presents proof of quality for the products they are selling; the maker is visible there. He notes that if the quality requirements are met and legitimate, the contract is signed, as per procedure and the motor oil from Gazprom adhered to the quality requirements.

The response from Captain Ciunis also specifies that so far motor oil requirements were approved by the head of the Logistics Management, with purchases being made through a procurement commission. The main criteria of competition, if quality requirements were met, is the price point. Motor oil is not classified as military purpose goods, making the procurement organisation be based on regular state public procurement regulations. These regulations do not hold country of origin as a condition to refuse a product.

The military representative nevertheless added later on that the Ministry of National Defence and Lithuanian military are of the position that goods from certain manufacturers are not to be purchased and from March this year a new regulation is put in place that contracts will be cancelled if the goods are found to originate from manufacturers that are unreliable or dangerous to national security, regardless of the product purchased.

Based on the national security strategy

Bakas points out that there are certain individuals in the national defence system who have entrenched themselves over a long time, benefitting from their positions. The politician notes that the suspect motor oil procurement may lead to an inquiry. He also stresses that Lithuania must not purchase Russian equipment and technologies and that purchases from Russian capital enterprises should cease as well. In order to achieve this, he explains that the Public Procurement Law needs adjustment, to take into account risks that state institutions have to take into account and that if Russia is viewed as hostile, it should not be supported financially, even through third parties.