Vladimiras Laučius. Why S. Skvernelis will likely run for president

Media Briefing
aA
Prime Minister Saulius Skvernelis has so far not made mistakes, which would bar his path to the office of president. What is being described as the prime minister’s communication mistakes and nonsense may have not only harmed his image, but also served it, Vladimiras Laučius writes on lrt.lt. 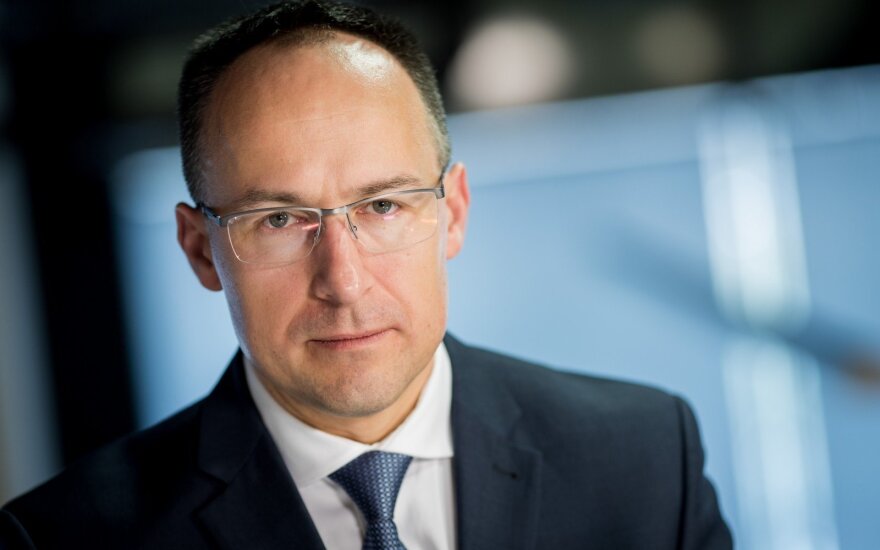 Pointed and sometimes socially unsensitive rhetoric by S. Skvernelis, the inexcusable stance of the former minister of education and science, striking teachers and protests by their supporters have turned a part of society against the prime minister. This is evidenced by the newest Vilmorus survey commissioned by Lietuvos Rytas.

The news media declared that the "prime minister's star is fading" already in October. Many now say that the star is gone completely and S. Skvernelis will not run for president.

Perhaps he will not and this could be due to a variety of reasons. However, so far there is no basis to claim that he will not run just because his political star faded a little or vanished due to mistakes made and the fall of voter confidence.

The protests of teachers and people, who support their demands, have formed a negative emotional background, however the flood of emotional negativity always passes and is forgotten. There is still almost half a year to the presidential elections and the moods of the past few weeks will already be replaced by new ones in a month. Contemporary politics does not live on long lasting intermediate drama stories – they simply bore people.

The prime minister's talks about joint efforts by the Kremlin and the Conservatives to cause a crisis in Lithuania and his appeal to the State Security Department angered and amused many. However, those who loudly expressed their anger or amusement are not and have never been the Lithuanian voters, who most wanted to see S. Skvernelis in the post of president.

Kęstutis Girnius stated in Aurimas Perednis' Žinių Radijas show that the prime minister said nonsense. He then added, "It was even more nonsense, when he repeated it. He made a fool of himself and once more assured that he would not run for president." A. Perednis immediately reacted, "Well, I believe he will candidate." I too believe he most likely will.

You could perhaps only believe that the prime minister will not run for president because he "spoke nonsense" and "made a fool of himself" by projecting your personal evaluation on potential voters of S. Skvernelis and not delving into the purpose of his words. S. Skvernelis' words about the Kremlin and the Conservatives are not intended to show his political awareness, but to reach a target audience – people, who could vote for him.

It is not easy for a disliked by the media ruling party's candidate to reach their target audience – the media is uninclined to aid them, not to even speak of send electoral messages.

Something of the strongest "Farmer" message, just like during the Seimas election second round is that the people will have to choose between the oft-disliked Conservatives' candidate (or candidates) and the strongest alternative.

Ingrida Šimonytė is a Conservatives candidate. Gitanas Nausėda is an acceptable candidate for the Conservatives, the possibility of the party's support for G. Nausėda was publicly discussed.

S. Skvernelis has to polarise public opinions my sending an important message – that he is the only strong alternative to the Conservative "presidents." How to do this? If he formulates it without "speaking nonsense," the news media will hardly react. By speaking nonsense, he reached his goal – the message flew across all of Lithuania and lingered for a few days.

You can manipulate not just public moods, but also the easily predictable reactions of the news media, on the lookout for opportunities to bite misspeaking politicians. However, amusing this may be, the prime minister used the efforts of journalists and analysts seeking to debunk nonsense for his own political advertising.

From the start of autumn, it has often been said that S. Skvernelis will not dare enter the presidential elections, seeing his low ratings and large distance from the two most popular candidates – G. Nausėda and I. Šimonytė.

However, the PM has yet to declare his candidacy and I. Šimonytė's ratings, while she was undecided, did not exceed the current percentage of S. Skvernelis voters. It is very likely that the prime minister's agreement to become the "Farmer" presidential candidate would automatically spike his voter count.

Among potential candidates to president in public surveys, we still see the popular Kaunas Mayor Visvaldas Matijošaitis. However, he is almost guaranteed to not run for president. Who will his votes and likely public support go to? Don't expect it to be I. Šimonytė or G. Nausėda. Thus, S. Skvernelis' ratings have much growth potential.

What do we see then? The publicly released survey results are answers to an open question on candidates. But there are also undisclosed closed survey results. I will not reveal my sources here, but according to them, it is 20.6% for G. Nausėda, 19.8% for I. Šimonytė, 11.8% for S. Skvernelis and 8.5% for V. Matijošaitis.

Add together most of V. Matijošaitis' votes to S. Skvernelis' and we will see that there is intrigue in not only the second, but also the first round of the presidential elections.

What is S. Skvernelis seeking with his behaviour?

A. Januška: G. Nausėda has a risk that could be used by S. Skvernelis

Ingrida Šimonytė and Gitanas Nausėda have decided to participate in the presidential elections....

When the Order and Justice party negotiated with the then still whole Social Democrats to join the...