Vladimiras Laučius
aA
While the Lithuanian Penal Code (BK) prohibits the dissemination and fostering of hatred, it either acts selectively or is based on a false premise and thus encourages witch hunts instead of helping implement real justice. 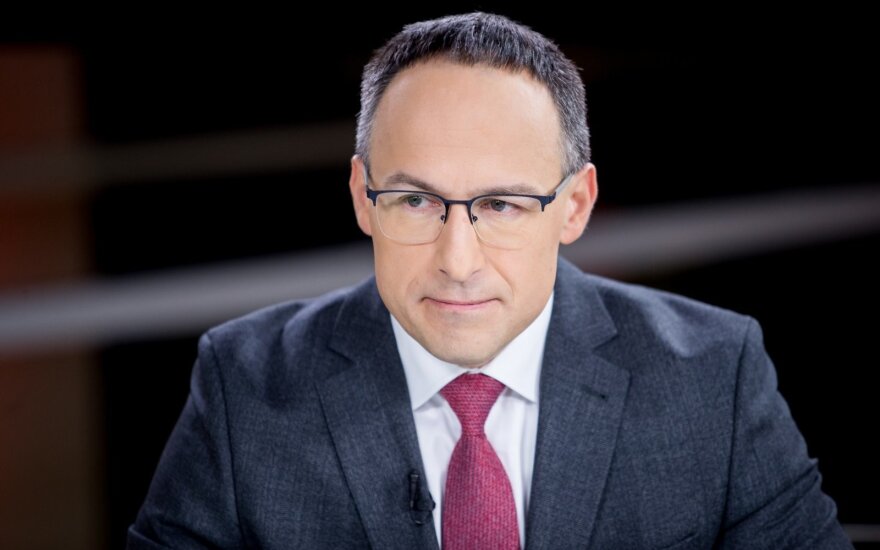 Hatred has for a while now been seemingly the norm of public discourse in Lithuania. Various political powers, public groups and gatherings of aggressive comrades have become forges of hatred, especially with the rise of social media.

Those holding different views are immediately viewed as idiots. Hating idiotism is normal overall, but prohibiting this type of hatred would be a political favour to the moronic. Punishing those fostering hatred by encouraging idiots is a political misunderstanding and intellectual degradation.

That said, the conflict of political views is neither a new, nor a condemnable phenomenon.

Politics is a clash. It would be odd, comical and hypocritical if powers fighting with one another would be kind, friendly and submissive to each other. In a war of ideas, as in any other war, the struggle of ideas does not avoid a negative emotional atmosphere, often similar to hatred.

However, over the past dozen years or two decades, significant changes occurred in this war. The war of ideas that naturally causes hatred has become devoid of clashing ideas because there simply are no ideas. All that is left is hatred. I am speaking of fundamental ideas and their normative systems and the smooth and chaotic propagandist slogans.

Hatred arising from a conflict of ideas is a secondary and derived matter. And when ideas evaporate and are devalued, the strong emotional negative without intellectual basis takes first place.

Parties and politicians today accuse one another of various breaches or betrayals of state interests even though it most often turns out that there were neither any sort of betrayals, nor truly serious breaches.

The country's law enforcement and various oversight institutions are left to cope with this mess, the news media willingly feeds on it and in turn feeds the public.

Even if we finally confirm that someone breached something or made a misstep, you can in no way call it a clash of political ideas. It is the brawling of political ideas, seeking legal catches and in their background, the main goal that is pursued is stoking their fans' emotions: hatred of enemies and love of their own.

As Russel Roberts put it, it is hard to endure emotional heat atypical to political kitchens and that the heated aggressive emotions leak from those kitchens into the public environs – living quarters, dining rooms and streets.

Groups of society rise to fighting, caught up in fury and do not even try to listen to one another, admit that their comrades may be incorrect and that there may be a grain of rationality in their opponents' arguments.

"Of course, angry political discussions are nothing new. What is new is that people rush to voice the hatred festering in their hearts and both sides of the argument believe in their incomparable moral superiority," Roberts writes (Restoring Civility in a Hostile World).

He reminds that the sort of emotional tensions as now lingers in the US between US President Donald Trump and his opponents may only have existed during the Vietnam war during mass protests against the war.

However, Roberts notes that back then the fierce disputes were on matters of life and death, while today the same sort of passions flare regarding a banal love-hate separation, demonising opponents without basis.

Similarly, during the Sąjūdis years and first decade of independence in Lithuania, when escaping Soviet heritage and disagreeing on NATO accession, questions of state survival and fate arose.

Strong emotions and hatred then flowed from clashes of core, worldview ideas. Meanwhile, today they arise from trivial group love-hate, blind righteousness and demonization of opponents.

Another point in the topic of hatred in our contemporary society.

For whatever reason, the Lithuanian BK speaks only about hatred of groups. Article 170 – "Inciting against any nation, race, ethnic, religious or other human group."

It describes, how one, who incites hatred "against a group or belonging individual" is to be punished. This, among other things, includes if the hatred touches upon convictions and views.

Here we immediately have a question: why is inciting hatred only banned when a person belongs to a group?

This is a legal regulation quirk which combines noble intentions with potential for fairly amusing absurdity.

Politics is a struggle of public groups, where inevitably there emerge elements of so-called inciting of hatred. Convictions and views, meanwhile, are inseparable from politics. Thus, in a certain respect, the Lithuanian BK prohibits taking up politics.

On the other hand, in the public sphere, social media and anonymous comments, there is ample inciting hatred toward people, who associate themselves with no group and express their independent opinion.

Is everything fine here? Go ahead and hate, incite, don't be shy?

The rule of law can set out certain rules of behaviour and force to adhere to them, but often becomes completely helpless when faced with the protection of morals, politics, wisdom and what is called civilization from idiotism, fanatism and hatred.

The amount of idiocy in the Lithuanian public sphere has for a time now remained stable: there's stably much of it, that's all. Meanwhile, fanaticism and hatred march on in big strides, while civilization silently draws back. But to remember the words quoted from Roberts in this article, this problem is not solely one of Lithuania.

Vladimiras Laučius. The new Nausėda: lessons from Grybauskaitė and compliments from Butkevičius

A generation of young Lithuanians has nearly grown up, which has from birth listened to musings on...

Opposition presents a surprise to Skvernelis: PM describes the proposal as anti-constitutional

With the Ministry of Environment remaining without a head for more than three months now, the...