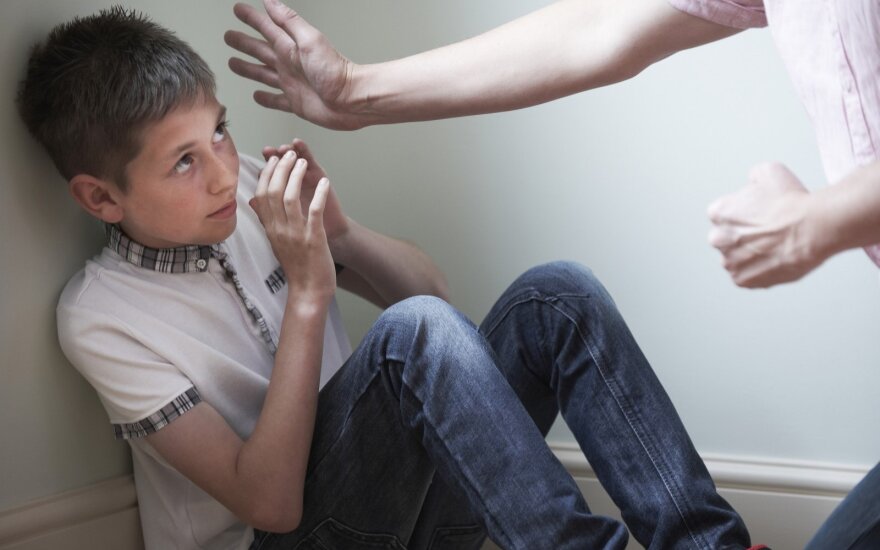 The four year old child lethally injured by his relatives was buried at the Baisogala (Radviliškis district) cemetery on Tuesday. The child who fell victim to violence was accompanied to his final rest by not only the people of Pakiršinis village, but also those from the surrounding area. Gediminas Kontrimas, the child’s mother’s 27 year old cohabitant has been arrested for three months under suspicions of the lethal beating. The child’s mother, 23 year old Monika has also been arrested for a week alfa.lt reported.

Currently officials do not present any further details on the terrible crime and are actively investigating.

During a visit to the INFO TV studio member of Seimas Agnė Širinskienė and head of the Gelbėkit Vaikus (Save the Children) organisation Rasa Dičpetrienė discussed the possibility of applying this model and what response it would receive from the public.

According to the member of Seimas, the “Peasants” have passed a general ruling on children’s rights protection, the direction the matter should head in the future. Some details were also specified.

“It was truly concerning that the proposed amendments outlined that economic impact on children which breaches their honour and dignity can be seen as equivalent to violence. Of course economic impact on children is possible due to poverty, but it would be incorrect to say that poverty equals violence. It could be that parents do not give money to the child to buy a new iPhone. I would be glad if those ambiguities were dissipated and the concepts became adequately clarified,” A. Širinskienė said.

The details of the agreement were also confirmed and discussed by the head of Gelbėkit Vaikus, who said that both the politicians and the workgroups discussed the matter and came to a consensus.

“There were big fears that it was incorrectly understood if certain amendments were passed. To this day we have around 20% of the Lithuanian population living at the poverty line. We have another number, an average of around 20 thousand children need special assistance, as do their families. Those fears, flowing into one another, the poverty and neglect. These things have to be clearly separated. Poverty is in no way a reason to take a child from its family,” R. Dičpetrienė.
According to A. Širinskienė politicians have so far practically not discussed such matters at all, issues such as defining corporeal punishment, setting limitations and rules.

“A spank on the bottom is a physical punishment if it is done with a purpose or it will be violence if it is not being done in order to punish. But there never were such discussions in the group. Yes, we discussed definitions, pursued compromise and clarifying those concepts,” the member of Seimas said.

R. Dičpetrienė concurred that any spanking is a physical punishment, however such understanding has not been achieved in Lithuania so far and working with it will take years.

Both guests of the show were asked if the Norwegian or Finnish childcare systems could be possible to implement in Lithuania.

“I am truly sceptical of any rewriting of legislature and blind copying, just looking from practical positions. We can implement a certain practice after discussing it with non-governmental organisations, as well as those organisations which unite children and families, take care of children’s rights. But simply taking a piece of legislature and rewriting it into the Lithuanian legal system is simply impossible,” the member of Seimas said.

The politician agreed that the Lithuanian children’s rights protection system had to be made stricter, however first of all it is necessary to establish why exactly the current system is inadequate.
“We can dream, but I know what reality is like, there is no line of people waiting and dreaming of work with children’s rights. Most likely such people in Lithuania can be counted on your hands. We can no longer say we do not have the funds, just looking at how much municipalities save for social necessities. If they did assign at least a portion of the funds to children, if the child became a priority, of course we cannot speak of all of Lithuania, but there are definitely municipalities that work very well. My greatest dilemma is how to make it so the models of well performing municipalities would work even better,” the head of Gelbėkit Vaikus said.

Protests have sprung up across a number of countries against the actions of Barnevernet , the...

On Thursday, a protest held in front of the Norwegian embassy in Vilnius drew attention to what...

The Lithuanian Social Security and Labour Ministry will seek that a ban on corporal punishment be...