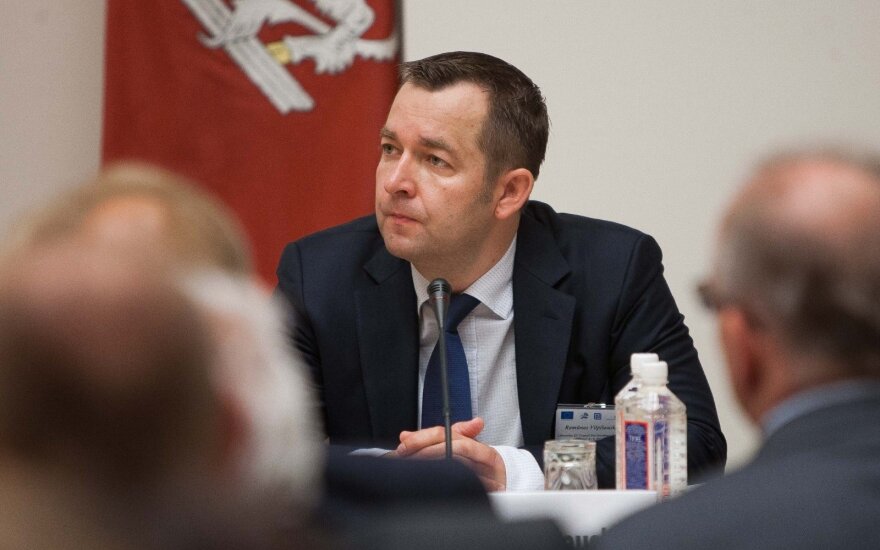 After the surprising Peasant and Greens Union (LVŽS) victory in the second round of elections, it was significantly less surprising to hear of the Social Democrat (LSDP) decision to begin negotiations with the victors on forming a new coalition. The LSDP has two simple choices – working in the opposition and being eclipsed by the other opposition parties or remaining in power, but yielding space and visibility to the major coalition partner. Truth be told, the concept of “partner” is relative here because in such a coalition, competition between partners would be inevitable, particularly because of attempts to attract one another’s members.

Negotiations between the LVŽS and the LSDP could still fail. Nevertheless alternative coalitions look even less probable. The Liberals have chosen to be in the opposition. The Conservatives find this to be a harder question, but as many of the public verbal clashes with the LVŽS leader show, the opportunities to cooperate have become minimal. Not as much because of the ambitions of the Conservatives, who were confident in their victory after the first round. Tensions rose because of the LVŽS leader’s public discourse as well, the approach of which was not at all suitable for the proposed idea of a national unity government. Speech based on ultimatums rarely brings forth cooperation. Unless the idea of a national unity government was simply a public relations tool in a bid to raise power in negotiations… Theoretically a coalition of the LVŽS and the small Seimas fraction is possible, as is a minority government, but the likelihood of that is even lower.

Thus if we soon hear of the LVŽS and the LSDP reaching an agreement to form a cabinet, we can predict a few things. The change that was promised becomes less likely. The Social Democrats will find it hard to change their position on the questions where they differ from the LVŽS. Overall in terms of change, the Social Democrats are one of the most conservative parties in Lithuania, the representatives of which speak most often of stability. As paradoxical as it is, the chances for change are decreased by the President, who speaks up for change, particularly in foreign policy. By not objecting to the nascent coalition, she will seek to avoid a minority government or repeat elections because then she would be involved into managing the political crisis herself.

The need to come to terms with coalition partners and receiving the support of the President is accompanied by a few other factors that limit the new government’s ability to seek change. Traditional proposals that require budget funds can only be implemented after finding ways to not raise the budget deficit at the same time. If this is ignored, state borrowing will become more expensive and excuses will have to be provided to EU institutions. But the most important reason why attempts to seek the change the state needs fail – the inability to gather the support needed for them. For this not only expert knowledge of what and how needs to be done is needed, but also leadership in gathering the support of other political actors and the public in the name of resolving common problems. The challenge of leadership is going to be far greater than that of professionalism.

All of this means that the promised changes can only be limited to the changes in Seimas and cabinet membership as well as fragmented changes, typical to usual floundering politics. Whether this is good or bad depends on specific questions or proposals. In some topics – foreign or energy policy – it is important not to spoil that which works and to suitably react to changes in the world. In other topics, changes definitely are needed in Lithuania, but in undertaking them it is necessary to employ the correct means. The problem of alcoholism is pertinent, but would the benefit of the proposed solutions be greater than the negative side effects? The purchasing power of many Lithuanian citizens is fairly low, but how do you raise it while not creating tensions in the state budget and not reducing business competitiveness? Scientists and doctors earn little, but how do you raise their wages, while not reducing the number of institutions? The problems debated in public cannot be resolved without structural reform, however such reform will immediately be faced with resistance from a portion of society.

With the election excitement winding down and settling in new offices, it will be necessary to answer the question of what to do so that the hope for change would not turn into yet another disappointment.

Skvernelis – on initial tasks and expectations of the Conservatives