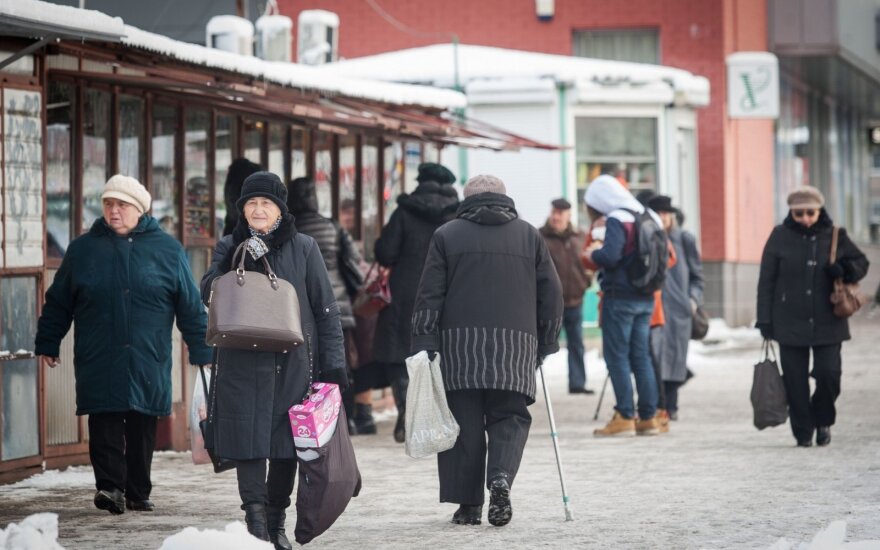 Peculiar mentions regarding the pension system changes planned for next year which spread this week have not left a good impression on Bank of Lithuania board chairman Vitas Vasiliauskas.

"Regarding pensions, if memory serves right, we had agreed (the central bank, Minister of Finance, Ministry of Social Security and Labour, Seimas Committee of Budget and Finance chairman) that we will have a final discussion and then we will present proposals," he told journalists on Friday.

V. Vasiliauskas said that he is no longer certain what is happening.

Delfi reminds that Minister of Social Security and Labour Linas Kukuraitis stated plans for fundamental changes to pension accumulation during a meeting with journalists on Wednesday.

Related articles
A cabinet whose time needs to be endured
S. Jakeliūnas: there is no significant tax reform because the cabinet has not had time to “warm up”

According to the minister, the current system is unfair because it antagonises current and future retirees. On one hand money is transferred to Sodra funds that could apparently be used for the pensions of current retirees. For example last year 153 million euro was transferred into the funds.

On the other hand few workers who are currently accumulating pensions know that due to the accumulation, their future Sodra pension will be 10-15% lower. Based on pending legislative projects these two problems should be resolved.

"We will do it so that the Sodra budget does not pay into the second stage. This way the 100% Sodra pension will be restored. The second stage of savings should be appealing for saving. We have a project prepared to make it so.

However we do not wish to place it on the table because the current tax reforms are gaining momentum. There could be more intensive participation," L. Kukuraitis hinted on potentially greater employee and perhaps state budget payments into pension funds.

V. Vasiliauskas was unwilling to comment on the minister's proposals.

"We can talk about our proposals," he said.

"Sometimes things that are undecided are broadcast too early. No doubt it is the prerogative of executive government, there's no dispute on that. In discussions regarding pensions we imagine ourselves as an institution with certain expertise.

We are a small state, thus it is important for us to agree on key points. I view the pension system as one of them. There can be no antagonising, tugging from one direction to the other because this is a long term project which will have consequences on us all. I see no room for politicking," V. Vasiliauskas commented.

Delfi reminds that in spring, the Bank of Lithuania presented its own proposal package for the pension system.

We are faced with the real threat that today's trend, if we don't change direction soon, will continue to increase income inequality and poverty and will finally undercut public finance," V. Vasiliauskas said then.

Among the proposals from the Bank of Lithuania we find the legalisation of personal accounts, implementing more flexible forms of old age work and retirement pension, legalising mandatory life cycle investment for those accumulating second stage pensions and others.

The budget surplus of the Lithuanian state-run social insurer Sodra should be 218.3 million euros next...

Lithuanian pensions to rise by EUR 13.5 on avg in Oct

Old-age pensions in Lithuania are set to rise by 13.5 euros on average next month after the government...

The austerity measures taken by the earlier conservative government during a crisis did not violate...