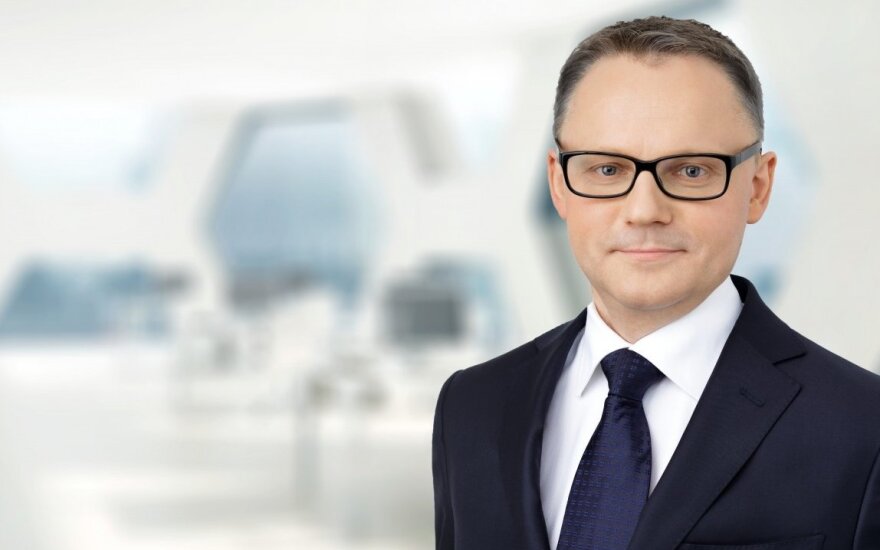 If the national broadcaster is not performing a certain goal, not ensuring certain aims, then let us sit down and talk how to improve its activities. But let us not do what is being done today when an exemplary on the European level organisational structure of the national broadcaster is about to be reshuffled. This was a comment from Vilnius University professor, jurist Vytautas Mizaras at the conference Konstitucija ir Aš (The Constitution and Me), lrt.lt writes.

"If today it is being directly said that there is desire to change and equalise the terms of political governments and LRT Council members, which will be delegated during terms, why should I believe that this will bring nothing bad? Why do I, as a member of the public, have to believe that this will not harm the national broadcaster's independence?" he asked.

Based on the jurist, it is most important that the LRT Council members' terms do not match any political government's term – not the president's, not the Seimas'. And he hopes this will continue.

LRT director general Monika Garbačiauskaitė-Budrienė also does not believe that the politicians' aim to "fix the LRT" is earnest and noble. According to her, if the conclusions were only a handful of proposals, perhaps it would appear innocent, but it is not so now.

"The board is no bogeyman at the European Union context, however when the package is filled with other suspect proposals, further regulation requirements and when board candidates would be selected by a government commission as per the conclusions, the whole package begins to look unsavoury," M. Garbačiauskaitė-Budrienė emphasised.

V. Mizaras highlighted that certain conclusions are not causally linked with what was investigated and what problems were found. According to him, it should be explained, how the proposed management changes would help resolve the discovered problems.

"Who though up there is a need for fixing?" Lithuanian Journalists Union chairman Dainius Radzevičius asked at the conference. According to him, the initiative to aid the national broadcaster should first stem from the public, while politicians can contribute in two ways: by ensuring suitable financing and consulting with news media whether they can help in any way.

V. Mizaras – easier to control the masses through dependent media

The professor also notes he wants to defend the national broadcaster because he fears government institutions, which would make decisions instead of the people or would choose, which information the public can consume.

"If it is not up to me to make decisions, I do not believe I will be truly free or feel responsibility for my decisions. And this, to my understanding, leads to control of me, ruling over me," he stressed.

Who should fight for the LRT's independence?

He emphasised he does not want Lithuania to land among Central and Eastern European countries, where politicians have begun meddling with national broadcasters.

"I believe that we, as civic minded members of society, will manage to protect the freedom of press, our constitutional value because it is the most important to us. (...) We should not permit politicization. And it is not up to solely the national broadcaster or solely the Journalists Union," the jurist spoke.

According to the LRT director general, the "heavy artillery" the national broadcaster is preparing for fighting for its independence is protests, marches and broad public participation. The public is to be involved through discussions, to which everyone is already invited, who wants to know or talk about news media independence. She emphasised that the LRT is prepared to patiently explain this complex and difficult topic to the public. As a similar example, she presented the case of barring Centre of Registers data to journalists.

"It is unfortunate that it is difficult to explain to the broad public, why it is important. And doubts have been spread, whether the national broadcaster can manage itself effectively, at which case these proposals were presented," she said.

She recounted that in recent times, during visits to Seimas committees, she was left with a negative impression of how the question of the LRT was being discussed in them.

"There is no free thought, no discussion. (...) I only saw a raising of hands in the Committee on Legal Affairs – always 8 against 4, it was frightening. What do we want? Broad discussions and to not rush. I do not understand what the rush is, why the proposals are being pushed so hard," the LRT director general said.

According to her, if the Pandora's Box is opened, the majority may continue, "fixing" unto who knows where. And this is the greatest problem.

The discussion also featured signatory Mečys Laurinkus, who stated that Lithuania has walked a long educational road of what should be the relation between the government and news media and in recent times, no party has made such harsh mistakes.

"It is as if they had landed in the 1990s and would have no understanding. It is a mistake," he commented.

The budget of the Lithuanian National radio and Television (LRT) will rise 2.8 million euros next...