V. Laučius – how to be friends with Russia

Vladimiras Laučius
aA
The comrades of the Seimas Speaker who advertised himself with the Russian ambassador Aleksandr Udalcov on the eve of January 13 – Kęstutis Smirnovas and Dainius Kepenis – stress that it is necessary to warm the currently chilly relations with Russia and be friends. In their opinion this should firstly be done in terms of culture, sports and public opinion formation. 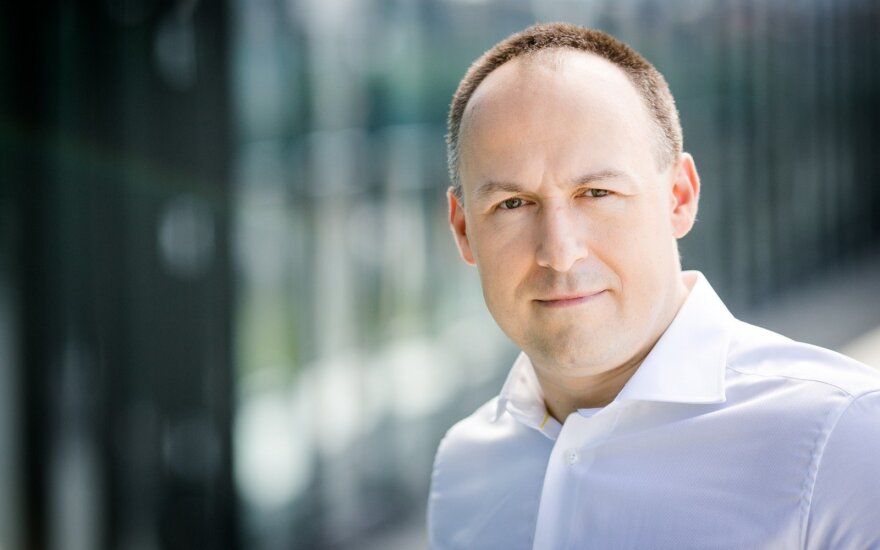 “There should be cooperation and simple people of culture and sports pose no direct threat. <…> You have to have good relations with your neighbours. Even if they have other intentions, it is better to be friends and know what they think and not fight,” K. Smirnovas told the LRT.lt portal.

His associate D. Kepenis was even more open – “We hear that Lithuania is Russia’s enemy number two after America. Do we like this? If we are friends, we talk, they say we are no enemies… We have been neighbours for a long time, common races, festivals, health schools… After that somehow it was no longer possible, not necessary, relations cooled. I think that is not good.”
The problem is not one of such thinking smelling of stupidity unbefitting a representative of the nation, but that this is fairly widespread in Lithuania and in many places accepted as a “there is truth to this” public-cultural alternative to state political hostility.

Wherever you point, you will hear that the unending aggression on neighbours, poor social and economic state, Eastern enslavement of one’s nation and hopeless backwardness in regard to the West is not due to the Russian public, but due to the government.

This is where the main mistake and subtle lie of propaganda distributors lies, one that Russia encourages to accept as a given because such an image serves its political goals. Whatever you may think about the Kremlin, admit that the Russia culture and society is brilliant, thus we should be friends despite the continuing political matters. To hell with politics, let us be friends through culture and society.

But in fact it is Russian society that is to blame, it has lived with its Eastern state for centuries and cannot fathom or understand any other political life, neither knowing it, nor wanting to. Though at first glance it appears different than say that of the Arab world, Russian society is politically similar to it in that it does not value freedom, is not maturing toward a true republic and lives based on two extremes - Muammar Gaddafi levels of tyranny or the perspective of bloody revolutionary chaos. Just that the Arabs have Islam, while Russia has its messianism and communism.

This is specifically the sort of society that tolerates and even supports such a state as Vladimir Putin’s Russia. Making friends with such a society and not be friends with Putin’s regime is the same as being friends with Freddy Kruger’s mother, who knows what her son is doing, but ignores it, instead baking delicious pastries and always being good company during the long boring evenings when Freddy isn’t there.

There is nothing to talk about or reason to be friends with the so called Russian society under current conditions.It is being represented by Putin fairly organically, that is all.

High culture and everything else you say? Don’t be fooled. You can listen to Pyotr Tchaikovsky without being friends with the Russian public, without keeping any connections with it. Without participating in the festivals and races praised by “Peasant” Kepenis. Fyodor Dostoyevsky’s creations are also a part of world literature tradition, not just an element or property of contemporary Russian society.

High culture is high culture in all countries and at all times. Though, true, there exists a great Russian author policy which serves Russian imperialism, but that is a whole different topic. Meanwhile “the culture of the public” – pop and mass culture – is not notable for anything in Russia that would warrant accepting it together with all of its propagandist components.

Member of parliament Kepenis, who propagates common races and festivals, just as Smirnov, who explains that we should be friends through culture and sport, touches on a sensitive factor – the mass tendency of the masses to gravitate toward entertainment and the tendency of entertainment societies toward universal brotherhood and apoliticism. Meanwhile Putin’s Russia, just like Hitler’s Germany, knows perfectly well that great politics can be done through culture and sports with the cover of brotherhood and apoliticism.

Kepenis, Smirnovas and their electorates either fail to understand this or pretend well that they do not. Either way lack of knowledge does not excuse from responsibility. Just as it does not excuse Lithuanian journalists from responsibility, when they larked about the opening of the Sochi winter Olympics as a wonderful event – “let us forget politics, sport is just sport.”

No, sport is entertainment for the masses and the great entertainment for the masses is fertile soil for propaganda. Such was the case in the 2014 winter Olympics, just as was in 1936 summer Olympics in Naci Germany. Mass sports and culture events help abnormal states show the West an illusion of normalcy. Just as the Germany of then was described by Nicholas O’Shaughnessy:
“Disregarding the uniforms and public sermons, Nazi Germany appeared to be a normal Western state. There was a prevalent illusion of normalcy, one consciously propagated by the German government in order to maintain a “contemporary” (pseudopluralistic) image. Up until the Second World War Germany was not a shut state like the hermetic kingdom of North Korea, it did not block the way for other opportunities. The government controlled a massive propaganda machine and directed what the news media could publish, but another goal it had was to mimic a modern society…” (Selling Hitler. Propaganda and the Nazi Brand. Hurst &Company, London, 2016. P. 43)
The same could be said of Putin‘s Russia. In this regard all the talks of Lithuanian politicians, culture figures, sportspeople and public figures of “being friends” through sport, culture, races or festivals is simply the babbling of idiots and political illiterates.

However odd this may sound for some, relations must be maintained and strengthened not with the Russian public, but its government. Political interaction with Russia today is more important than cultural or public. Yes, we have to talk and seek mutual understanding that could give tangible results and would help ensure more stable security in the region. The problem is that Russia is unwilling to listen or hear.

An effective way to address Russia so that it would hear is Heinz Guderian’s tank army rolling toward Moscow. Those were simple and very close bilateral relations with Russia. She could hardly resist them and would not have been able to resist without the help of allies. After all such a means of interaction do not suit civilised Europe.

The allies, having once dealt with the problem of Hitler, now have to deal with the problem of Putin. Attempts to resolve the Hitler problem with appeasement led to the World War II. This could be a good lesson for relations with Putin. Lithuania has to strengthen national defence, NATO allies need to deploy stronger and non-rotational forces to the Baltics in order to send a clear message to Moscow that deterrence is not just a symbol.

Russia understands and hears talk from a position of strength and not the constant concerns of an opponent who keeps decreasing its military forces, notably the Barack Obama administration and the EU with its disarmament efforts. Friendly talks to Moscow from a position of strength that can be used against it are a position that is very necessary today. When the results ensure regional security, then it will be possible to have a more relaxed attitude to that cultural sandbox where “Peasants” such as Smirnovas and Kepenis, longing for mutual festivals, play.

Foreign Minister says dialog with Russia must be principled

Lithuania's dialog with Russia must be a principled one, Foreign Minister Linas Linkevičius said on...

ForMin: Dialogue with Russia shouldn't be smokescreen for inaction

Dialogue with Russia should not be used as a smokescreen for inaction, Lithuania's Foreign Minister...