US looks to tip balance of military power in Baltics

Vaidas Saldžiūnas
Parašyti
autoriui
aA
Russia's intensifying military activities have forced NATO to respond in kind, with the Alliance saying it will conduct more military exercises in Europe, and the United States promising to deploy far more equipment and forces in Europe. In 2017, Washington is setting aside $3.4 billion for Europe's defence, but this might turn out to be just the tip of the iceberg. 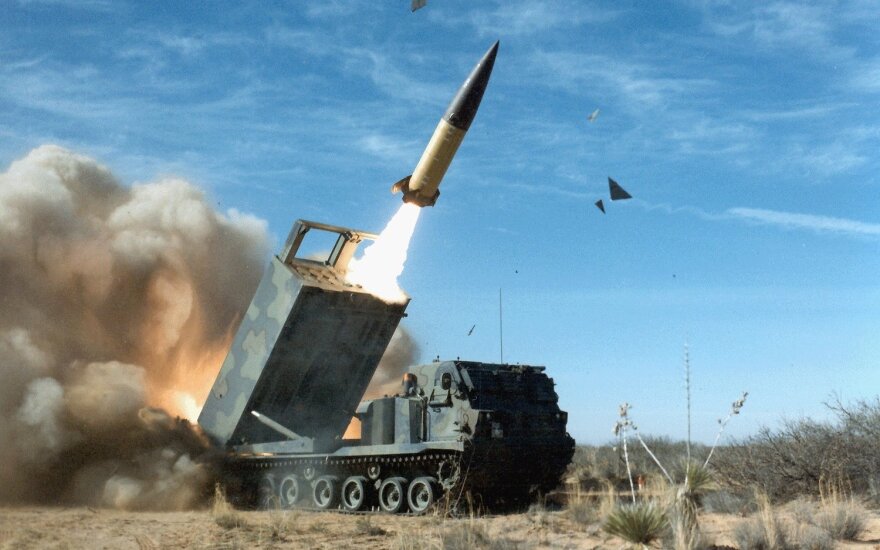 A US general has intimated to DELFI that Washington is planning large-scale military measures in Europe's airspace and the Baltic Sea. The measures are expected to tip the balance of power away from Russia.

One of the biggest advantages Russia has in the Baltic region is its A2/AD (anti-access and area denial) factor that underpins its defence strategy in the Baltic sea. A2/AD is a deterrence measure, making it difficult for the enemy to deploy forces in the area it is defending.

Russia's deterrence measures rely on anti-vessel rockets and anti-aircraft systems S-300 and S-400 stationed in Kaliningrad. Knowledge that Russia's anti-aircraft system can hit targets 400km away and is said to be immune to electronic assault has made some senior US generals very uncomfortable, especially when it comes to the prospect of having to defend the Baltic States.

Without overcoming Russia's A2/AD elements, NATO would not be able to defend or reclaim Baltic territories, while Russia's overwhelming superiority on land would be likely to crush any resistance from the Lithuanian, Latvian or Estonian forces.

However, Major General David W. Allvin, director of Strategy and Policy Headquarters of the US European Command, has indicated during a phone interview with DELFI that the US is working out a plan to address the issue. 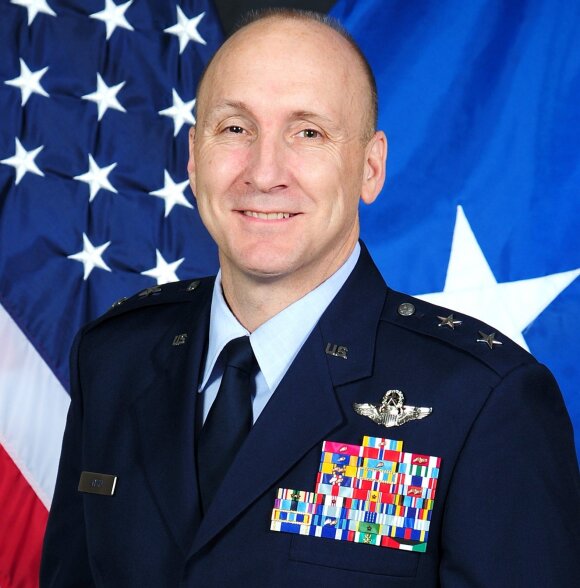 "The A2/AD factor is a big challenge because it demands not just military capabilities but also the will to use them. But realizing that the A2/AD system is activated and directed against our allies, we will take action according to NATO's Article 5, we are taking such things very seriously," Allvin said.

He noted that the US Congress had yet to decide how to use the $3.4 billion from the European Reassurance Initiative but Washington's long-term measures to eliminate Russia's advantage in Central Europe would not be included in that sum.

"We are looking into what measures to fight A2/AD can be offered by our military, research and development people, but this will not be part of the European Reassurance Initiative," he said, suggesting that $3.4 billion would not even begin to cover it.

Mentioning research and development could mean that what he is talking could be advanced technology that still in the works.

US Defence Secretary Ashton Carter in February indicated that advanced measures could be deployed to Europe. News about the European Reassurance Initiative then overshadowed other announcements but these included plans by the Strategic Capabilities Office to spend $12.5 billion on developing military technology in 2017.

Analysts said that as Lithuania is developing its military capabilities and raising defence funding, it would be able to afford some of the US-developed equipment.

Analyst Audrius Bačiulis argued that Lithuania should consider an asymmetrical response to Russia's A2/AD threats. One of the options is using heavy weaponry.

"I've been saying for three years that Lithuania and other Baltic countries cannot afford aviation due to the A2/AD forces in Kaliningrad, but they can consider an asymmetrical response.

"Fighting in spite of the enemy's coverage of A2/AD over the war field means being able to use partial measures. For instance, in addition to air domination and direct support from the air, it could be substituted with other measures: long-range mobile artillery, especially missiles, long-range aviation rockets, attack drones, mobile infantry," Bačiulis said. 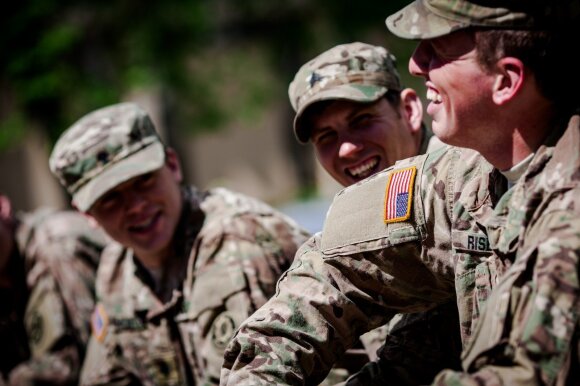 In fact, the Lithuanian army will soon have measures to contribute to anti-A2/AD efforts. The first dispatch of German-made PzH 2000 howitzers is reaching the country this year and Lithuanian soldiers are already training to use them. With special ammunition, their range could be up to 60 kilometres.

Major General Allvin would not specify where the US is planning to deploy its long-range artillery. However, he suggested that what is in under consideration are various asymmetrical solutions.

Lithuanian analyst Bačiulis thinks these might include electronic measures, like radar blockers and high-speed anti-radiation missiles (HARM) that the US has been testing in different conflict zones.

Major General Allvin said that the European Reassurance Initiative also envisages additional anti-submarine measures. For instance, the US has been sending P-3 Orion intelligence planes to the Keflavik air base in Iceland to scout for submarines.

During the Cold War, planes of this type would hunt for Soviet subs in the Atlantic. Even though Russia's current navy is just a shadow of the Soviet navy, US admirals have been speaking about unprecedented Russian activity in the Atlantic Ocean.

The seriousness of the situation is reflected by the fact that the US navy has asked for money in its 2017 budget for new hangars in the Keflavik base to deploy modern maritime intelligence P-8 Poseidon planes.

"Yes, we are thinking about building infrastructure, about aircraft deployment," he said.

The US Air Force is already planning to deploy additional intelligence planes as well as Apache attack helicopters and special operations forces to Europe in the short term.

On top of the massive increase in the 2017 US military budget for Europe, an additional $58.6 million is to be allocated to US aviation maintenance crews to support dozens of combat helicopters and another $28.5 million is intended for US Special Forces deployment in Eastern and Central European countries. It is all part of a concerted effort to tip the balance of power in the Alliance's favour.

Lithuanian and foreign military analysts have been looking into hypothetical scenarios of a hybrid war...