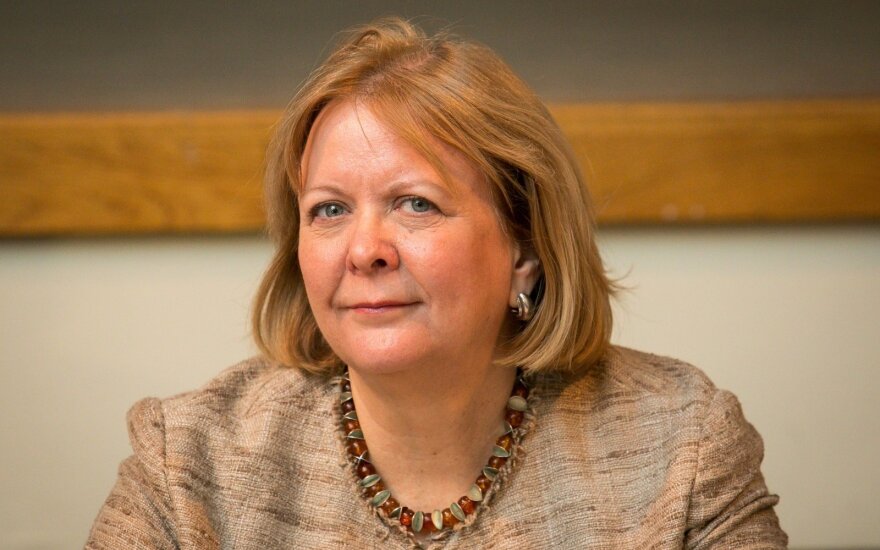 This is a special year for Lithuania. As the country celebrates the 100th anniversary of the re-establishment of its independence, the United States Embassy is pleased to mark this milestone with a special museum exhibit showcasing 100 years of U.S.-Lithuanian friendship through photos, stories, and multimedia. On April 17, the grand opening of the exhibit is at the Martynas Mažvydas National Library; from Vilnius, the exhibit will travel to over ten locations throughout Lithuania. We are extremely grateful to the dedicated staff at the Valdas Adamkus Presidential Library and American Fulbright Scholar Charles Perrin for their partnership in this endeavor. I hope everyone who visits the exhibit walks away with a deep appreciation of our shared history and values.

Related articles
US Senate congratulates Baltic countries on centenary of independence declarations
President regarding Washington visit: a summit meeting of this level is happening for the first time

Lithuania has overcome so much in the last 100 years. After regaining independence in 1918, Lithuania suffered through another brutal World War and the devastating Soviet occupation that followed. But today, Lithuania has assumed international roles that could have only been dreamed of 25 years ago. It has led the European Union and the United Nations Security Council, and met the NATO benchmark of 2% of GDP on defense spending. It has become a European leader in energy diversification and independence, developed successful industries in the life sciences, biotech, and IT sectors, and has a thriving innovation ecosystem. These are extraordinary accomplishments for any country, and especially so given the short amount of time that has passed since Lithuania regained its sovereignty.

Today, the relationship between Lithuania and the U.S. is the strongest it has ever been. The recent U.S.-Baltic Presidential Summit is a clear signal of the importance of the Baltic states for President Trump and the American people. The Summit was the latest in a series of recent high-level engagements, including with Vice President Pence, Defense Secretary Mattis, and numerous high-ranking congressional leaders. Furthermore, the Joint Declaration that all four presidents released during the Summit affirms our continued collaboration in the areas of security, business, and cultural ties.

The U.S. and Lithuania will continue to partner to confront threats to our mutual security interests. This summer more than 5,000 U.S. troops will join multinational forces in the Saber Strike 2018 military exercise, the largest event of its kind to ever take place in the Baltics. Saber Strike and other bilateral military cooperation will definitively demonstrate our commitment to Baltic and European security and NATO's Article V of the Washington Treaty. Our collective defense will remain ironclad. In addition to ongoing U.S. troop rotations in Lithuania, the U.S. will continue to provide assistance for training and equipment to improve Lithuania's defensive capabilities. An important element of that support is the 25-year relationship between the Pennsylvania National Guard and the Lithuanian Armed Forces.

The economic ties and trade that Lithuania and the U.S. enjoy is another area that benefits from our strong relationship. In the past seven years, U.S. companies created more Lithuanian jobs through investment than any other country; today, 85 U.S. companies in Lithuania employ 11,500 people. The U.S. is Lithuania's 5th largest export market. During the Business Summit that ran during the U.S.-Baltic Presidential Summit in Washington, over 300 U.S. companies participated, recognizing the potential of doing business in the Baltics. Freeport LNG of Texas got things started by signing agreements with two Lithuanian firms.

Our shared values and democratic ideals are strengthened through people-to-people connections. I am proud of the work the U.S. Embassy has done to expand and deepen these connections through our public outreach, cultural events, and exchange programs. In this centennial year, the U.S. State Department has committed to sending 100 youth from the Baltic countries on various exchange programs to the U.S. Engaging with each other will build the friendship and partnership of the 21st century.

I see enormous potential in Lithuania and I cannot wait to see what we will achieve together in the future. It is my great honor to serve as U.S. Ambassador to Lithuania during this historic period of U.S.-Lithuanian relations. Here's to the next 100 years!

US Senate congratulates Baltic countries on centenary of independence declarations

The US Senate has congratulated Lithuania, Latvia and Estonia on the 100th anniversary of their...