Urbšys: wishes to cause a political crisis becoming more obvious 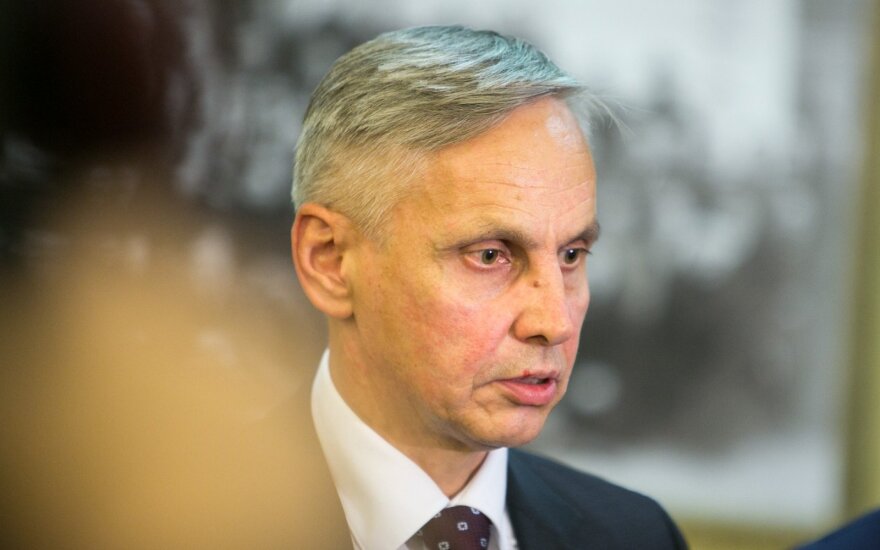 “Peasant” negotiator Povilas Urbšys spoke in an Alfa.lt conference, stating that the first days of negotiations with potential coalition partners were not easy and both parties invited to the coalition intend to make decisions and present their position on Friday.

The politician noted that the “Peasant” wish to form a cabinet of national unity apparently will not come true because both the Social Democrats and the Conservatives are unable to step over their principles and work together due to their old disputes.

“Efforts to form a national unity cabinet are not going to come to fruition due to Social Democrat and Conservative interests. Entrenched conflicts prevent them from working together. We are now waiting for their decision regarding work in a coalition,” the politician described the first round of negotiations with potential partners.

The politician once again stressed that political entities under suspicions will not be invited into the coalition and the Liberal Movement is currently under a magnifying glass, despite specific suspicions not being declared.

Trying to pull special services into the formation of coalitions

One of the “Peasant” consultation group members said that more and more often, demands appear in the public sphere, asking the politicians signing the coalition agreement to be investigated by the special services. This, according to Urbšys, is actively propagated by a number of Conservatives.

“The investigation by special services raises certain doubts. We do not fear to be investigated, but when there are advance mentions of such things, questions rise if the Conservatives are not using this and if certain reports are not being manufactured,” Urbšys said in the Alfa.lt conference.

According to the politician recently it has become clearer that some Conservatives want to involve the President into the process of forming the coalition, with Urbšys noting that he believes the President wants a cabinet that is subservient and loyal to her.

When asked what would happen if a coalition government does not coalesce and a cabinet is not formed, forcing a repeat election, Urbšys was confident in the “Peasant” chances.
“If we have repeat elections, we will get not 56, but 96 mandates,” he said on the “Peasants” fortunes.

The politician highlighted again that potential partners were immediately told of the “Peasants” position regarding the contours of the cabinet, the main point being that the new government would have no old faces. This was pledged by the party prior to the election, if not done, “Peasant” voters would not understand why one thing was promised, but the same old faces appear in government.

“If the voters see A. Kubilius, J. Olekas or J. Bernatonis in the cabinet, they wouldn’t understand and would be left disappointed. I respect these politicians, but it is time to understand that renewal is in order,” spoke Urbšys.

According to the politician it was clear in the negotiations that on both sides there are varying opinions on partnering with the “Peasants” to form a coalition.
“On Friday both these parties will make decisions on the future of the coalition and then we will see who will come out on top. Both sides have people who do not want a coalition, but there are also those who think otherwise,” said Urbšys.