(1)
LT Daily, DELFI
aA
After riding themselves of dependence on unpredictable markets in Russia Lithuanian exporters are facing another potential crisis in Poland, according to Swedbank economist Nerijus Mačiulis. 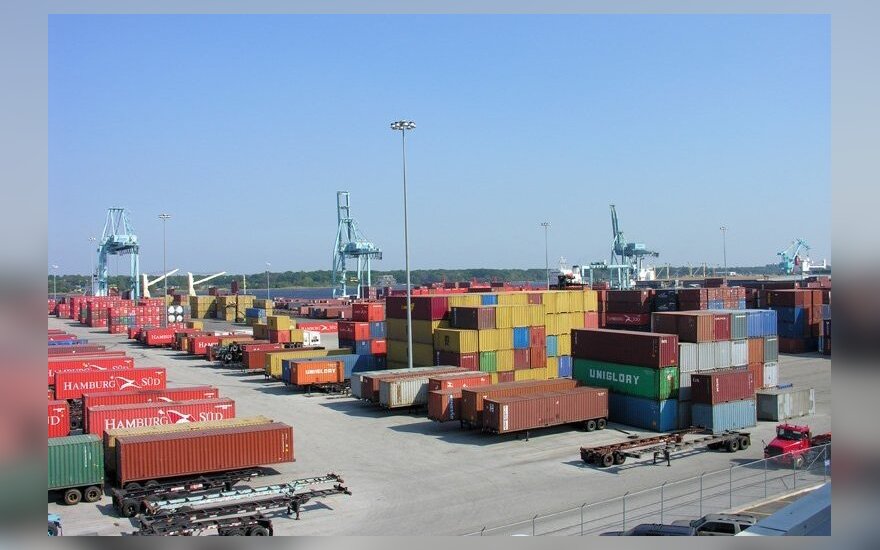 Having solved its over-dependency on Russian markets, Lithuania is facing a new threat. Over the last two years, Russia has dropped out of the list of top-ten export markets for Lithuanian-produced goods. Russia currently accounts for just 2.8% of Lithuania's exports (excluding oil products).

At the same time, Poland rose to become one of the biggest foreign markets for Lithuanian production at 7.6%, second only to Germany at 13.7%. That is worrisome according to Mačiulis, who presented Swedbank's economic outlook for Lithuania.

"Unfortunately, Poland is the new Russia - just as unpredictable and almost as dangerous because of its current economic and social policies," Mačiulis said. "And this has a direct bearing on Lithuania, since Poland is the second biggest market for Lithuanian-made goods and even if Poland cannot adopt direct protectionist measures, as Russia did, radical depreciation of the zloty means that exporting to this market will not be easy.

“Another risk of cheap zloty is that our own consumers will make more frequent shopping trips to Poland," he said.

However, risks emanating from Poland - Standard & Poor recently downgraded the country's credit rating from A- to BBB+ - could also be an opportunity for Lithuania.

The Baltic States can gain an edge in competing for foreign direct investment in Eastern Europe, wooing investors weary of the new Polish government's policies and economic outlook.

"In investors' eyes, Poland is little better than Russia right now and, in the race for international investment, the Baltic States look much better and can potentially take over some of the flows of foreign direct investment attracted by Poland," Mačiulis said.

In the case of Russia, the Swedbank economist said the country’s economy had not bottomed out yet and that the recession there may continue until the end of the year. 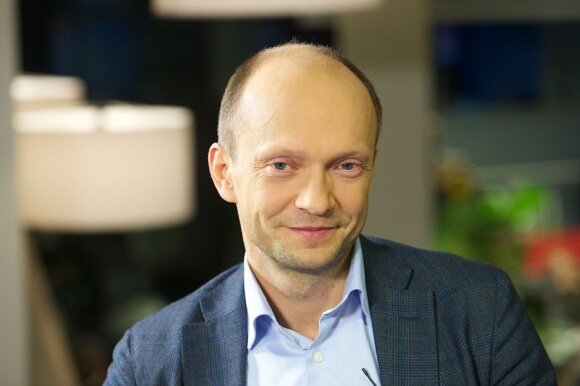 "The European Union will probably call off most of its sanctions on Russia, but it changes little for Lithuania, because the slump in the exchange rate of the rouble and purchasing power of both consumers and companies makes it unlikely that Lithuania could restore its trade with Russia any time soon," Mačiulis said.

The share of Lithuania's exports to the European Union has also contracted somewhat. "This indicates that we are losing markets that we had. It is a point of concern, showing that we need to improve our standing in the European Union and compete with Portugal, Greece and Spain. For that, we need additional effort," he said.

Long-term demographic trends are another point of concern and will dominate discussions about Lithuania's economic prospects. Although unemployment is expected to go down in the coming two years, this will have less to do with growing employment than with a contracting workforce, Mačiulis said.

There is some silver lining in growing economic activity among elderly people, aged between 55 and 64. While youth employment remains relatively low, according to Mačiulis, only 34% of people aged between 15 and 24 have jobs. This compares to two- thirds of 15-24-year-olds in Denmark, 55% in Sweden and 45% in Japan.

"This has to do with an uncompetitive and inefficient education system. Youths in Lithuania graduate from school late, they spend most time working towards an undergraduate degree, after which they go on to postgraduate school where they study the same things they studied before and it lasts two years," Mačiulis said.

He believes that the education system in the country could be optimized, allowing students to save two or three years they could spend in the labour market.

Despite gloom in global markets, Swedbank economists say there are no reasons why Lithuania's economic growth could be affected by anxiety over China or recession in Russia.

Lithuania's economy is expected to grow twice as fast this year compared to 2015. Swedbank estimates that Lithuania's GDP growth will be 3.3% this year and 3% in 2017. Corporate investment and household consumption will be the main engines of the growth.

Workers are in for some good news with wages which are expected to grow 6.5% on average this year.

"The higher minimum wage, shortages of skilled labour, rising wages in the public sector, [and] more transparency in remuneration" are the factors driving wages up, according to Mačiulius.

Swedbank also expects that unemployment will edge down to 8.1% this year and to 7.4% next year. Annual inflation is estimated at 2%, although the prices of services may go up as much as 5%.

However, faster GDP growth this year (3.3%) compared to 2017 (3%) is down to pre-election spending, according to Mačiulis.

Despite promising economic growth projections and falling unemployment, demographic issues and turbulence in Poland are creating a mixed picture for the Lithuanian economy over the next two years.

Lithuanians are the least travelling people of the Baltic nations, a survey shows.

Foreign investors get a frosty reception in the regional parts of Lithuania as local businessman...