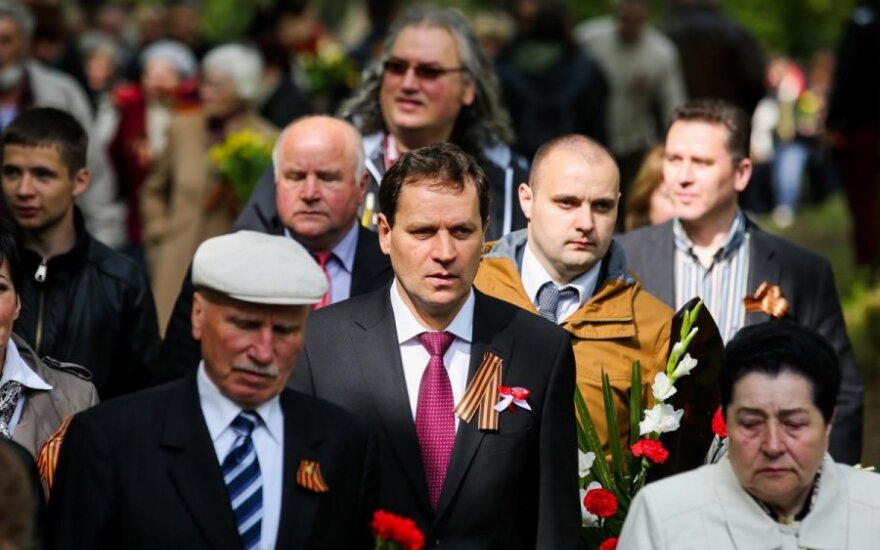 Lithuanian – Polish relations are experiencing a certain breakthrough. For long years, the bilateral agenda was dictated by questions of the Polish minority, however in the past year, clear changes can be seen – the prime ministers of Lithuania and Poland have been demonstrating friendly relations, Warsaw's official view of Lithuanian Polish functionaries is also changing.

Polish news media is increasingly featuring critical commentary and articles and the Polish prosecutors have opened an investigation on a Lithuanian Polish organisation's suspect use of aid.

The chairman of the Electoral Action of Poles in Lithuania – Christian Families Union (LLRA-KŠS) Valdemar Tomaševski views such criticisms as an attack, meanwhile Vytautas Magnus University (VDU) Department of Politics head Andžej Pukšto believes that there have been clear changes in Lithuanian – Polish relations in the past two years.

At the end of June, the Polish weekly Wprost featured an article, which quotes a Polish War Studies Academy study: "It is concerning that the LLRA has allowed entry for individuals politically linked to the Kremlin's interests." According to the authors of the study, "Russian interests in Lithuania overlap with those of the LLRA and Tomaševski. Thus, Poland should review, whether it should unconditionally support the LLRA as representatives of Lithuania's Poles. Such support could be mistaken and could threaten Polish interests."

The same article also quotes the Polish Senate Marshal Stanislaw Karczewski, who was asked by journalists to comment on the investigation's conclusions. "There are black sheep in every society. The Polish state has the instruments, which allow unveiling abuses and the problems we are talking about. We are making suitable conclusions from what we know," the part of the article released on wprost.pl states.

Meanwhile, V. Tomaševski himself is convinced that this is an attack against him and his party. He described Wprost as a "post-communist" publication, which defends the interests of communists.

"What sort of investigation could a post-communist publication have? I don't even want to comment on such nonsense. I understand why a post-communist publication is seeking to attack specifically the LLRA-KŠS. This is because our Seimas group, our party demand lustration and thus we immediately faced numerous negative articles, were attacked. It is clear that this publication is post-communist, it fears public scrutiny, fears lustration, which is exactly what we propose. We have registered legislation, Zbignev Jedinskij (LLRA-KŠS Seimas group member) registered it and the post-communists attack us," V. Tomaševski told Delfi.

Delfi reminds that Z. Jedinskij proposed to release the names of all confessed former secret KGB collaborators, which is now being held as a state secret, as well as the information they provided. Seimas agreed to this project after its presentation. Critics say that this could be exploited by Russian agencies because they currently do not know, which inviduals have confessed to the Lithuanian state.

When asked, why the Polish publication would care about Lithuanian legislation, V.Tomaševski stated that Poland also did not perform lustration, thus the communists also are afraid. "The Germanys did it, the Estonians did it – they have no problems. And those, who opposed the Soviet system, those such as Jedinskij, like me, we are attacked and must explain ourselves," V. Tomaševski complained.

He also stated that such questions are also raised regarding the LLRA-KŠS because the party's representatives are "wanted in the coalition."

"Me, Jedinskij and our other members, we fought with the Soviet system already in our youths (...) I stood in the Baltic Way while our opponents were lecturing in the party's schools. They fear the people, who already had their own opinion then, had courage, did not break and we now often unveil negative matters in our state and are attacked. If someone writes untruths, it cannot be viewed as anything other than an attack. This is being done by former nomenclature, KGB officers, who fear our laws," the LLRA leader told Delfi.

Meanwhile, VDU political scientist A. Pukšto describes the Wprost publication as reliable and rather impartial. He told Delfi that the content of the article matches the current thinking of the conservative Polish government.

"The conservatives, who entered power in Warsaw, they stand by a consistently anti-Putin policy. Both President Duda (Polish President Andrzej Duda) and Kazcynski himself (leader of the ruling Polish Law and Justice Party Jaroslaw Kaczynski). Their anti-Putin line is very consistent and unchanging. On the other hand, those conservatives, one of their foreign policy priorities is the strengthening of relations and links with Poles living abroad. And here they faced a dilemma, how to act regarding the Polish leaders in Vilnius, who do not conceal their sympathies for the Kremlin. Likely this dilemma has been present and continues to be for the Polish Foreign Ministry and individual political figures," the political scientist believes.

According to him, already last autumn, signals appeared that the blatant pro-Russian attitudes will not be tolerated – the then new Polish ambassador to Lithuania Urszula Doroszewska emphasised in a press conference that it is unacceptable to the Polish state that local figures in Lithuania, who represent Poles, wear St. George ribbons and seek to demonstrate their favour to the Kremlin.

"This was a very clear sign being sent to these figures already last autumn. Quite likely, the Polish Foreign Ministry also seeks to adhere to such a policy that after all Poland wants to and will support, perhaps even stronger than before all Polish initiatives in Lithuania, but the pro-Kremlin attitude and flirting with pro-Kremlin powers, that is unsavoury. And it appears that the Polish government is seeking to explain and deepen this matter," A. Pukšto told Delfi.

When asked if this means that the earlier Polish government, the Liberal Civic Platform (PO) was more tolerant of the actions of the Lithuanian Polish leaders' actions, A. Pukšto stated that they simply overlooked it.

"Of course, you cannot accuse them of being pro-Moscow, but they simply overlooked everything that was ongoing in Vilnius for the Polish minority. They watched on apathetically and thought that these matters will resolve themselves," the political scientist believes.

Delfi reminds that the article in Wprost is not the first case when criticism of Lithuanian Polish functionaries flies over from Poland. Information has been passed to the Polish prosecutors and an investigation as initiated over the Lithuanian Seimas and LLRA-KŠS member Michal Mackevič's activities in the Lithuanian Polish Union (ZPL), which he has led for 16 years now. The fund Support for Poles in the East, which supports the organisation announced that M. Mackevič is suspected of falsifying accounting and misused the aid intended for the publication of the Nasza Gazeta newspaper.

M. Mackevič reacted furiously to such accusations. He described them as slander and also attacked Polish ambassador to Lithuania U. Doroszewska. "No arrogant bureaucrat from Warsaw will stir the waters here. What bureaucrat? Well, for example the ambassador and little fund, they keep going and going, it's an eyesore – chairman here, chairman there. Go to hell, if not this one, then there will be another chairman," M. Mackevič told ru.delfi.lt

Meanwhile V. Tomaševski refused comments to Delfi over this case, stating that he does not lead the Lithuanian Polish Union and cannot comment for it.

He emphasised that the current Polish government seeks to review public finance and also support for the Polish diaspora – it is seeking greater transparency and effectiveness. However, in this place the political scientist finds attention on the Lithuanian side lacking. According to him, it would seem like this whole matter was only a Polish problem and Lithuanians do not want to get involved.

"How was the scandal with the accounting commented on? It was viewed as a dispute among Poles. I believe that such an attitude is not civic. These are Lithuanian Poles, Lithuanian citizens, thus Lithuania should also care about goings on in their community. That the Seimas Ethics and Procedures Commission (Currently led by LLRA-KŠS representative Rita Tamašunienė) refused to discuss M. Mackevič's insults toward the Polish ambassador, that also shows the view of our Seimas that this is a Polish question and so let them deal with it among themselves. I believe that there is a lack of civic mindedness on both sides," A. Pukšto thinks.

A. Pukšto can see obvious changes in Lithuanian-Polish relations and states that the situation has greatly changed from what it was two years ago. According to the political scientist, Warsaw is officially sending a clear message that no flirting with the Kremlin will be tolerated.

"From the other side, I do not believe that the questions of the Polish minority will be pushed aside anywhere, certainly not, they will continue to be raised, will be discussed with the Lithuanian government. I have spoken a number of times that we need to view the situation realistically, there are three main actors in Polish – Lithuanian relations – the interests of Lithuania, Poland and the Lithuanian Poles. Sometimes we also see the appearance of Polish Lithuanians. The Polish government, they certainly do not side-line such matters," A. Pukšto told Delfi.

He also believes that the Polish government wishes to see different leaders in Lithuania – younger, ones who are able to build bridges, not barricades. On the other hand, in his opinion the search for new leaders and a new form of dialogue may take time.

The Lithuanian parliament's Commission for Ethics and Procedures decided on Wednesday not to open a...

Polish party MP brusquely berates Polish ambassador: no one from Warsaw will stir matters up here

Some employees of the Vilnius district local authority have been caught watching pornography at work,...