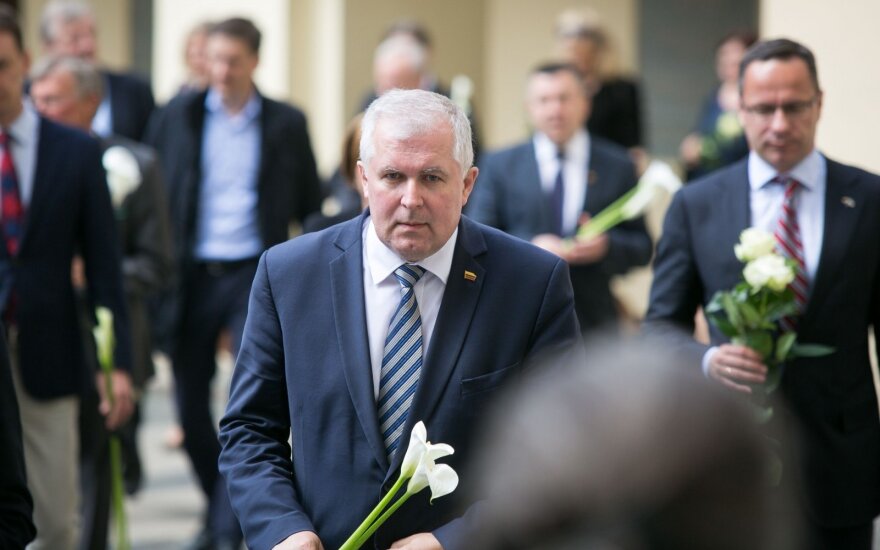 When we talk about emigration in Lithuania, we are engulfed by a range of emotions, mainly negative ones, and in particular, when we refer to emigration without seeing the whole picture. For instance, one of twenty Lithuanians is currently settled in the United Kingdom, whereas one of fifteen Estonians has moved to Finland. Almost 70,000 Estonians live and work in Finland and are insured under the Finnish pension scheme. As many as 30,000 Estonians are domiciled in Estonia but employed in Finland. The migration routes certainly do not take Lithuanians to Finland but, first and foremost, to the United Kingdom, where, according to the latest official figures, 150,000 Lithuanian-born people, or one fourth of all migrants, came to live in the UK. The number of Latvians to have settled in the United Kingdom is twice as small, amounting to 66,000, whereas the number of Estonians in the UK is lower by even 16 times, amounting to barely 9,300.

Well, yes, there are 853,000 Poles in the UK. But, of course, the size of the Polish population in Europe is in general tenfold larger than that of Lithuanians and is well beyond comparison. It nevertheless shows that although countries go through the migration processes in a similar way, they deal with them differently. Estonians have smartly mastered statistics. Their statistical sources have been dominated by positive migration rates for several years now, although as many as one percent of Estonians leave the country annually as has been the case year-on-year. The figures on returning migrants to Estonia, however, are similar. And, after all, Estonians are silent on the 70,000 stateless people, who left for Russia and whom Estonia would not be willing to win back. We are witnessing a certain degree of return migration from among the 100,000 people, who left Lithuania for Russia a quarter of a century ago, thus adding to the migration balance. The relative scale of emigration in Lithuania is one and a half to two times more intensive than elsewhere, and the returning migrants do not compensate for the population lost. Something similar applies to Latvia.

Are the destination countries for Lithuanian migrants not exposed to emigration? The United Kingdom has more than eight million foreign-born permanent residents, 3.5 million of them already holding UK passports. However, in 2013, the UK had three million of its nationals residing in the USA, Australia, New Zealand, Canada, South Africa and Ireland. Hundreds of thousands of the British have chosen Spain and Germany as the countries of their habitual residence.

The same applies to Ireland and Norway, the favourite destination countries of Lithuanian labour migration. On the one hand, Ireland allowed half a million of migrants (including 36,000 Lithuanians among them) from Eastern Europe into the country. On the other, as many as 750,000 of Irish emigrated to the United Kingdom, Australia, the USA, Canada or other countries. In 2013, Norway allowed access to 320,000 immigrants (where one tenth of them were Lithuanians), whereas the outward migration of Norwegian nationals was twice as low with 42,000 nationals settling in Sweden, 30,000 in the USA, and 20,000 in Denmark.

Migration is an irreversible process for both richer and poorer countries. It is therefore necessary to raise a very precise question on migration in Lithuania (both inward and outward) and on the status of our nationals in other countries (especially after Brexit). What is it that we want? Do we want to win back all the 100,000 people who left for Russia a quarter of a century ago, including those who were involved in the communist security structures, the Soviet army or a military-industrial complex, and who did not share our vision of a restored state of Lithuania at that time? Do we want to stop the search for a different way of life, higher incomes or education (very often, for better one) across the European Union and beyond? Or do we want to ensure that those departing have a place to come back, feel the support of the state and feel Lithuanians wherever they are?

If we are able to answer those questions, then we know what we actually want, how to approach, to manage and to forecast migration processes and, after all, how to use them for our own advantage. Annually, over 2,000 are born to Lithuanian migrants abroad, often in mixed culture families. Are we willing to offer them the Lithuanian citizenship? This is the question we have to address.

It is only by raising clear questions (and so far, the state policy on migration lacks clarity), by seeing the whole picture and by proposing possible solutions instead of constantly grumbling over the migration bogeyman that we will ultimately get to the point where the number of those returning to Lithuania will outweigh that of those who leave.

Arvydas Anušauskas, Member of the Homeland Union–Lithuanian Christian Democrats Political Group of the Seimas of the Republic of Lithuania

Some 31,731 persons declared emigration from Lithuania in January through June this year, which is a...

Official emigration volumes down in Lithuania in May

The volume of official emigration from Lithuania has declined – the number of declared...

The proposed version will allow original name-spelling with non-Lithuanian characters on the main page...