Trump is President: questions Lithuania should ask itself 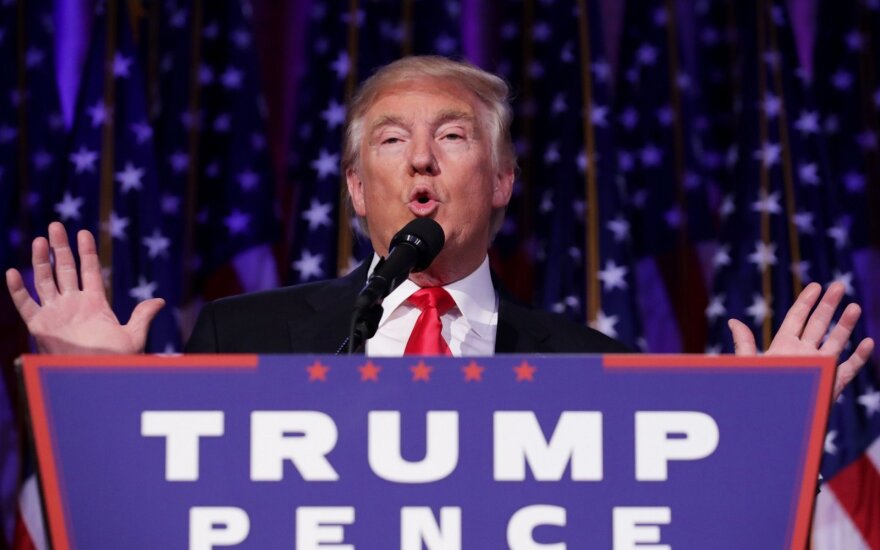 “I heard news – America is withdrawing, take care of yourselves. Talks that the USA is going to take care of Europe are no longer convincing.” Such was an unofficial statement to a group of journalists in early 2012 by one of the heads of Lithuanian diplomacy after a meeting with a high ranking member of Hillary Clinton’s team, Vaidotas Beniušis of BNS writes.

Two years ago the then US ambassador in Vilnius publically, but subtly warned that with society changing, Europe will no longer be as inherently important to Americans as it had been.
This was still before Donald Trump. His victory has inspired observers to paint various scenarios – some fear chaos and the rise of Russian influence, others say that the US political system will prevent major mistakes. On Wednesday morning, diplomats meeting at the US ambassador’s residence in Vilnius could agree on only one thing – Trump remains a mystery.

Staggering won’t help. Today it is important to openly evaluate geopolitical and demographic trends, which raise significant challenges for the hope that as much as possible of the US would remain in Europe.

How should Lithuania react?

Today the US’ commitments to Lithuanian security remain crucial because Europe would not be capable to respond to Russian aggression, not in power, not in will. This is where it is crucial to continue work in bilateral and the NATO formats and establish contact with D. Trump’s entourage as soon as possible. But the roles of the patron and the dependant will have to change. The new US president will demand more from Europe in the field of defence.

Lithuanian politicians have to evaluate inevitable trends. It is more beneficial to participate in making European decisions, not just criticise, blindly fearing that EU initiatives will speed up the American’s withdrawal. Increasing national defence spending, creating military connections with Germany – these are important first steps.

Political change in Lithuania and the US could be a good opportunity for a broader discussion.
Is it justified to remain the staunchest opponent of a common EU defence policy along with the Brits, who are leaving the EU? Can we turn to the EU in preparing to defend from the hybrid threat from Russia, pulling in the help of Finland and Sweden? Does Lithuania need not only a paper, but also a strategic partnership with the most powerful military power in the EU – France? Or is it worth giving further consideration to its requests to send special ops troops to Africa? Will the “Peasant” government adjust the almost unconditional Lithuanian support for the EU-US free trade agreement based on the European Green’s position? How will we respond to the protest of Lithuanian and Western society against social inequality which is birthed by globalisation, international trade, spread of technology and weak unions?

It is a fetching idea to create a Washington Square in Vilnius, but the “Twitter” public diplomacy has limited impact. Uncle Sam, even if it weren’t Donald Trump, will not resolve all our problems.