Patricija Kirilova
Parašyti
autoriui
aA
The housing supply in Vilnius is currently reaching record numbers, however, based on the latest data, sales are keeping up with such a supply. Real estate (RE) experts are surprised by the activity of buyers over the past months, and state that a similar situation was last observed before the financial crisis. They also distinguish three neighbourhoods which received the most attention from buyers over the past year. 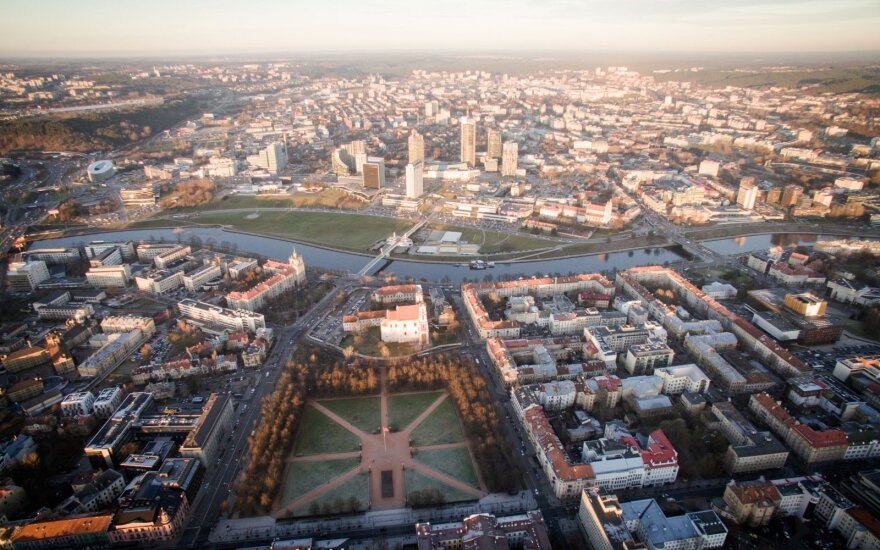 Neighbourhoods with the largest supply of housing

Based on Inreal data, Naujamiestis, Pilaitė and Šnipiškės were the most popular neighbourhoods among the buyers of new housing over the past calendar year. Over 500 new apartments were sold in each of these neighbourhoods in the course of the year.

Average new construction supply prices: Naujamiestis – 2420 EUR/sq. m; Pilaitė – 1410 EUR/sq. m; Šnipiškės – 2390 EUR/sq. m. However, according to the Head of RE Market Research of INREAL Group Robertas Žulpa, if a couple of large prestigious segment projects located at Konstitucijos Ave. and Rinktinės street would not be included in the statistics, the level of supply of apartment prices would be a lot lower in Šnipiškės – 1735EUR/sq. m.

Related articles
Specialists say shortage of quality offices in the Vilnius Old Town will only increase as FinTech startups discover Lithuania
Crisis looks bigger through the eyes of fear, yet statistically insignificant

According to the expert, these three neighbourhoods are the most popular because they are able to offer buyers the widest selection of housing in different segments.

"Two neighbourhoods – Šnipiškės and Naujamiestis – are located in the central part of the city. The first neighbourhood is part of the New Centre of Vilnius, while the second is next to the Old Town. Meanwhile, housing prices in these areas are lower than in Žvėrynas or Užupis projects. Despite its transport and social infrastructure issues, Pilaitė neighbourhood is considered to be the best "sleeping" neighbourhood of the capital, and remains among the TOP three most popular neighbourhoods several years in a row now", – says R. Žulpa.

The expert believes that Šnipiškės and Naujamiestis are currently in an active stage of conversions and development, which includes the development of both residential projects, and new business centres which will provide new jobs. In addition, the municipality is also investing in the renewal of transport infrastructure, and the development of new public, recreational spaces which is particularly relevant for the part of Šnipiškės neighbourhood that is located in the New Centre of Vilnius.

"In terms of Pilaitė, this area also has sufficient space for development, however, heavy morning and evening traffic congestion, and lack of educational institutions are becoming a serious problem. When preparing a general plan for the future, Vilnius City Municipality included the construction of 4 new schools and 9 new kindergartens in Pilaitė neighbourhood. New streets will also be developed, which should solve or at least alleviate the current transport and communication problems. On the other hand, the provided measures may not be enough if the number of new residents will continue to rapidly grow in this area. We will probably have to search for new or additional measures to solve these problems", – says the expert.

According to him, the main buyers acquiring housing in new economic and middle class projects of these neighbourhoods are young, working-class people who find the largest supply in these particular areas. In the opinion of R. Žulpa, buyers choose either Pilaitė, or the central areas of the city - Šnipiškės and Naumiestis by weighing their personal priorities. The buyer must decide whether it is more important for him to live in the centre of the city, closer to his workplace and places of interest, but, perhaps, in a smaller housing. Or whether it is better to buy a more spacious home for the same price further away from the centre.

Crisis looks bigger through the eyes of fear, yet statistically insignificant

Last year, the rate of enterprise failure decreased by fivefold and credit ratings of companies...