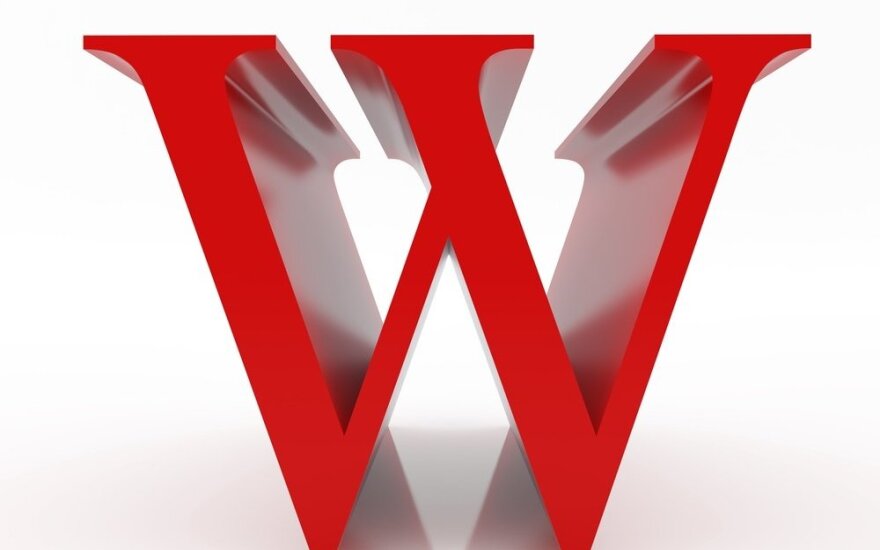 The legislative project regarding name and name spelling in documents proposed by former Conservative Prime Minister Andrius Kubilius is antagonising the Farmer and Greens Union. This is now the third spark after the forestry and higher education reform.

Prime Minister Saulius Skvernelis and a number of “Farmers” including Stasys Jakeliūnas, Virginijus Sinkevičius and Virgilijus Poderys have sided with A. Kubilius and agree with using all names based on Latin lettering in documents. This means they consent with the letters “w”, “q” and “x” being in documents despite their non-presence in the Lithuanian alphabet.

Meanwhile other “Farmers”, notably Rima Baškienė and Povilas Urbšys oppose such changes. They even posit that S. Skvernelis is acting out of line by signing under A. Kubilius’ document.

A “Farmer” Seimas group meeting was held on Wednesday. In it S. Skvernelis presented his position on the writing of names and surnames. Things did not proceed as usual however. The Prime Minister arrived to the meeting, presented his opinion and quickly left to consult with a number of group members S. Jakeliūnas, V. Sinkevičius, V. Poderys and others. The politicians claim they were discussing specifically name writing, but this may be only partially true.

One Farmer and Greens representative said that he was left with the impression that S. Skvernelis is intentionally riling up because he started from promoting A. Kubilius’ name writing project and the suddenly departed.

According to a number of “Farmers”, the party Chairman Ramūnas Karbauskis has been holding to a middle of the raod position, albeit aparently R. Baškienė is pressuring him to oppose the usage of “w”, “q”, and “x” in documents.

The politicians explain that apparently R. Karbauskis does not want to take a stand with any specific position so as to not have to withdraw later on, instead acting to balance matters. During the group meeting R. Karbauskis mused that by opposing the usage of non-Lithuanian Latin letters, the group could be left in the minority.

One “Farmer” group member told Delfi that this question is fracturing the group and this greatly benefits the Conservatives, thus it is necessary to avoid yielding to such antagonising initiatives and to perhaps leave the question for some time later.

What A. Kubilius’ document speaks of

This would mean that Lithuanian citizens marrying foreigners whose surnames are written in Latin lettering, but contain non-Lithuanian characters could maintain their original surname. If their spouse’s name is written in, for example, Cyrillic or Hanzi, then the name would be rewritten in Lithuanian based on phonetics.

The exceptions would be applied to foreign citizens and individuals without citizenship, also for Lithuanian citizens who present an original document where their name is written in Latin lettering and proves that that they or their ancestors based on direct kinship had foreign citizenship or married to a foreigner and took their surname.

This question has been heavily emphasized by Warsaw. During his term as Prime Minister, A. Kubilius already tried to pass a similar piece of legislation already, but the vote did not succeed. This was held to be a major diplomatic fiasco because on the same day the late Polish President Lech Kaczyński was on a visit in Vilnius and it was received as a major gibe.

The question of names and surnames isn’t the only to cause tensions to flare up in the Farmer and Greens Seimas group. On Wednesday S. Skvernelis also expressed dissatisfaction with the Seimas Committee of Education and Science, which is headed by “Farmer” Eugenijus Joavaiša. Jovaiša is seen as being aligned with P. Urbšys and R. Baškienė’s team and his views contrast with PM Skvernelis’ quite radically.

The PM expressed dissatisfaction with the Seimas Committee of Education and Science ruling to agree with the merger of Vytautas Magnus University and the Lithuanian Educology University without waiting for the higher education reform plan that the cabinet is currently preparing.

S. Skvernelis even stated that he will appeal to the Seimas Commission of Ethics and Procedure to explain whether E. Jovaiša, who worked at the Lithuanian Educology University from 1977 to 2016 is not mixing private and public interest in order to protect his former place of employment, with Skvernelis calling Jovaiša‘s actions a “desperate attempt to save a university which has in itself long discredited both the teacher profession and the whole state education system.”

While R. Karbauskis writes S. Skvernelis statement off as emotional, but this was a thought out statement, it was widely distributed to the media.

Another antagonising factor is forestry reform. The cabinet is seeking to merge the 42 forestries, the Chief Forestry and the State Institute of Forestry into one company with 25 branches in the regions, but not all the “Farmers” support this.

In mid-March a vote was held on the topic, but things did not proceed smoothly – recess was held in the middle of the process, a number of “Farmers” did not participate in voting and their Social Democrat coalition partners opposed the reform.

Forestry reform passed, but during a group meeting, PM Skvernelis ended up raising a question of trust in the team. The meeting also featured voting on cancelling the coalition with the Social Democrats, but this received support from only 17 members.

The Lithuanian Supreme Administrative Cour t has handed down yet another ruling on spelling of...