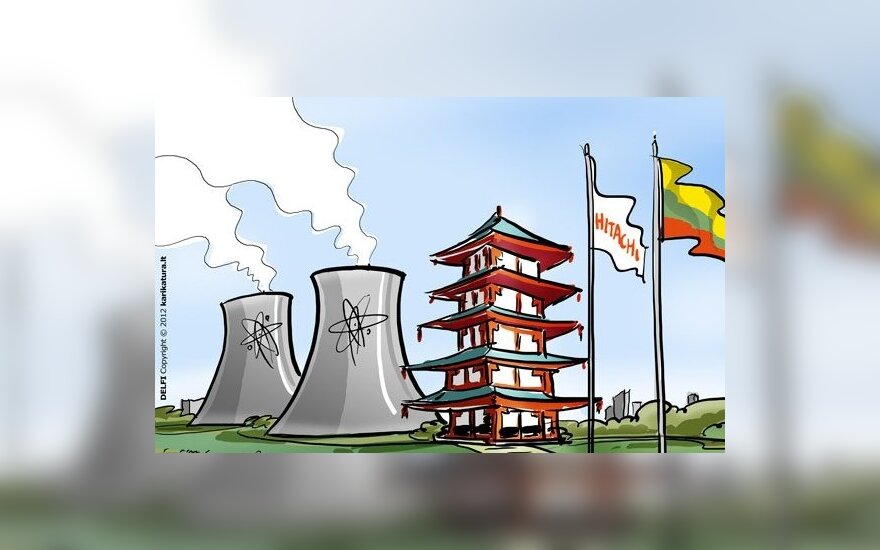 It has now been eight years since Lithuania was officially informed of the decision to construct a nuclear power plant in Astravyets, Belarus. Truth be told the decision was more that of Moscow than of Minsk because the former is financing the project, producing the reactor, supplying specialists (many now unemployed in Visaginas are being lured in), as well as supplying nuclear fuel.

Belarus has only gathered a few construction workers. The location is rather odd, among forests and swamps. Electricity transfer losses grow due to distance and the major electricity consumers are on the other side of the country, in the East. Nearby you only have Vilnius, Daugavpils is also at a hands reach.

Similarly the construction of a nuclear power plant was begun near another stretch of Lithuanian border, close to Nemunas in Kaliningrad Oblast. It is worth remembering what the situation was in around 2009 – Lithuania had taken up breaking down the Gazprom monopoly based on EU legislation and was seriously planning the establishment of an LNG terminal in Klaipėda. The first attempt failed, however the goals were reached with the second attempt. An electricity cable to Sweden project has begun.

At the time clear political will existed that we must employ our potential and become an electricity exporter. We have a suitable location in Visaginas, with all the necessary infrastructure, specialists awaiting work and the public viewed nuclear energy positively.

Destroyed by our own hands

The first attempt with the Leo LT project failed. The main mistakes was that the Conservatives did not change it, but simply destroyed it, unable to resist the temptation to dance on the corpse of the Social Democrat’s, who lost the elections, project. Perhaps the Visaginas NPP project was better, however discrediting the previous plan laid the foundation for distrust in any nuclear project.

In return the Social Democrats put in great effort to raise doubts on Visaginas NPP and the Conservatives’ arrogance was simply infuriating. Supposedly they know how things should be done and everyone should just sit back and await the results. Explaining to the public was seen as a waste of time. The disinterested side then let the intimidation mill loose. A great number of people were simply left feeling unsafe.

Promises of the project’s benefits were not inspiring, rather reminding of their chronic unfulfilment. The skeleton of the national stadium in the capital illustrated the government’s inability to accomplish any larger projects. Propaganda was sown in fertile soil.

The miller sat in Moscow and was not visible to many agitators. With a Western nuclear power plant we were obviously sliding out of Russian dependency. Massive funding was dedicated to obstructing the project. Lithuania was to be surrounded by nuclear power plants from two sides, thus ours appeared pointless. It would be too expensive and incapable of competing with the Russians. The simplest of negative claims were thrust in our faces until they became usual and familiar. No-one dedicated attention or coordination to countering them.

Our project appeared so real that Russia employed its most powerful weapon against it. After V. Putin’s visit to Seoul, a Korean company which was to produce the reactor suddenly refused to participate in the project. However this challenge was surpassed and the Japanese giant Hitachi joined, financing from Japanese banks was secured.

One senior Lithuanian politician has told me that the current Russian vice Prime Minister Dmitry Rogozin has openly told him that their goal is to ruin any nuclear power projects in Lithuania and build their own NPP for us.

I am not surprised that figures such as Linas Balsys, Ramūnas Karbauskis or Tomas Tomilinas screamed against Visaginas NPP, but did not protest at the Belarussian or Russian embassies regarding Astravyets NPP. What is frightening is that politicians who were aware of Russian plans and were informed of Russian millions dedicated to propaganda against Visaginas NPP, dug the project’s grave themselves and announced a referendum in the name of their playground goals.

Having reached their goal and shattered our chance of becoming an electricity exporter, the Russians shut down the Baltijsk project and are aiming to bind us further with power lines via the Astravyets NPP project. It will be cables instead of gas pipes. If not directly, then through Latvia.
Are there politicians in Lithuania who would dare to take up real political obstructions, returning to our nuclear power plant idea, which would make the geopolitical project in Astravyets futile? Not just limiting themselves to complaints in Brussels akin to those of schoolchildren complaining to their director.

Are there any energy infrastructure specialists who would present the public with a fundamental state vision? Not one like now where a modern society is run on firewood.
Between the Russian product we are being shoved and a potential Japanese one, I would opt for a Japanese one and that we would oversee it. And you?

Japan's man in Lithuania. Interview with Japanese ambassador in Vilnius

We meet Japanese Ambassador Toyoei Shigeeda in his office. On the little table next to him, there are...

Eyes and ears in the Far East. Interview with Lithuanian Ambassador in Tokyo

In an interview with the Lithuania Tribune, Egidijus Meilūnas, Lithuania's Ambassador in Tokyo, says...