There is insufficient political will to prevent violence against children 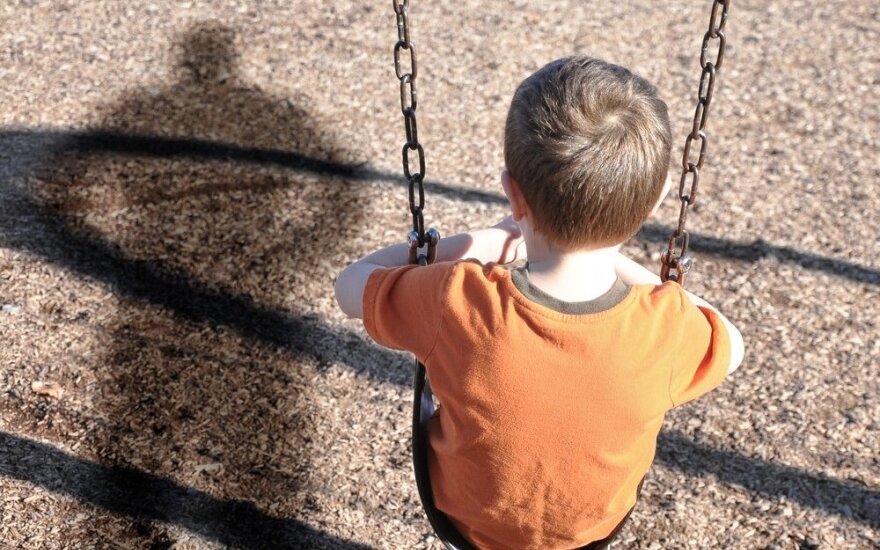 On December 29th a one month old infant was submitted to a Vilnius hospital for multiple body bruises, skull fracture and brain haemorrhage. The suspect – the child’s father. That same day the doctors at a Šiauliai hospital save a woman‘s life from bleeding, suspected to have been caused by giving birth. Later the woman admitted to the police she buried the supposedly dead new-born. And this is not even the entire week. This is just one day. LRT.lt reported.

Children are being hurt at home, experience sexual violence, are abused and not provided even elementary needs such as sleep, food or medical assistance.

Sweden, for example, banned physical punishment in the 1980s, with Lithuania only beginning to discuss it about 20 years ago. The difficult situation has been discussed by NGOs for years, but there have been no changes. Politicians and the public only become concerned after incredible tragedies, such as that last year when a father threw two of his own children into a well. The concern ends up only being temporary however.

More than a year has passed since the tragedy in Saviečiai, but the situation has not changed. There‘s no reason to be surprised because the Lithuanian children‘s rights legislation still has it established that children who fail to perform their duties can be disciplined by parents or guardians based on their own judgement, with the exception of physical or psychological torture.

It is clear that Lithuania is still wallowing in the 20th century for now. For several decades the Seimas has failed to come to agreement on proposals to ban physical punishment on children, something parents turn to as an alternative to childcare.

In other terms, to Lithuanians it is nothing bad to spank a child or use a belt. Research from several years ago shows that almost a third of Lithuanians see physical punishments as a suitable means of childcare, with almost half intending to turn to them when there is no alternate way of disciplining the child.

“What is important and what shows that it is not a suitable way of bringing up a child is children’s memory. They remember that they were afraid, that it hurt and that they felt disrespected, but usually they do not remember what bad thing they had done, do not understand why parents were upset,” state psychologist Ieva Daniūnaitė.

So far the government has been unable to say a firm no to physical punishment. All initiatives in the Seimas have so far been met with fiasco. This includes yet another attempt in the new Seimas.
The Suicide Prevention Commission prepared amendments which would ban any form of physical, sexual or emotional violence against children and physical punishments, neglect, threatening their health and dignity would also be held as violence.

In December the amendments were agreed to, but on arriving at the Social Affairs and Labour Committee they were swamped. The committee chairman, Social Democrat Algirdas Sysas is convinced that just changing terms will not solve child security questions.

The amendment initiators say that it is unclear how long the amendments would have stayed with the committee, if not for A. Sysas’ trip abroad. With him non-present the committee discussed, agreed to and passed the amendments to the main Seimas Human Rights Committee, which requested to enter them into the Seimas agenda this week. A. Sysas does not detail his trip abroad, only telling journalists that he was in Austria.

According to LRT information, A. Sysas skis in Austria, while the Seimas chancellery responds that the social democrat was not there on official business, but a private trip. In other terms, the member of parliament is out on holiday with the permission of Seimas management while he should be attending Seimas sessions.

Dagys explains that the legislation should not break apart families, cause chaos and with the current proposals passing the number of cases where parents lose custody of their children would increase because the emotional violence or failure to take care referred to in the amendments can be viewed very subjectively, with the violence poorly defined.

“What is neglect? Not having a car for our youth to drive somewhere or not to give them food? These are completely different things, but based on the wording there, not giving a car to drive to a date can be interpreted as not caring for them,” says R. Dagys.

“Neglect is failure to satisfy the basic needs of the child, when they are not fed, not allowed to sleep, do not have conditions to bathe, cannot visit the doctor despite being ill and needing help; that is neglect,” psychologist I. Daniūnaitė defined neglect easily.

Specialists are convinced that we usually oppose that which we do not understand. For example R. Dagys is convinced that with such amendments even by disciplining a child you can be punished. When asked whether physical punishments should not be banned, for example using a belt to punish the child, when you would be punished for the same actions on an adult, the member of Seimas became irritated – “Just hold on a moment, do not make it so primitive. That’s not all there is to it… based on the definition it is not a question of the belt. I do not like the form of your question.”

The ban on physical punishments is to be discussed this week, but the question has been delayed. Conservative and one of the initiators for the amendment Mykolas Majauskas is not surprised by this. By delaying the question, the members of parliament make use of the statute, while the day before the planned discussion members of Seimas were flooded with letters that urge to not vote for the amendments.

Human rights expert, member of Seimas Dovilė Šakalienė says that with the amendments passing things would not change overnight, but the first step would be taken so that the government’s children’s rights policy would move from ignoring and punishing to prevention and providing aid. According to Šakalienė a number of the politicians who oppose the amendments are pandering to the public, where more than half tolerate physical punishment, while the other part of those politicians experienced violence themselves, hence not opposing it.

Andriukaitis – we (SocDems) are in a deep crisis