The significance of TS-LKD and LSDP leadership elections to Lithuania 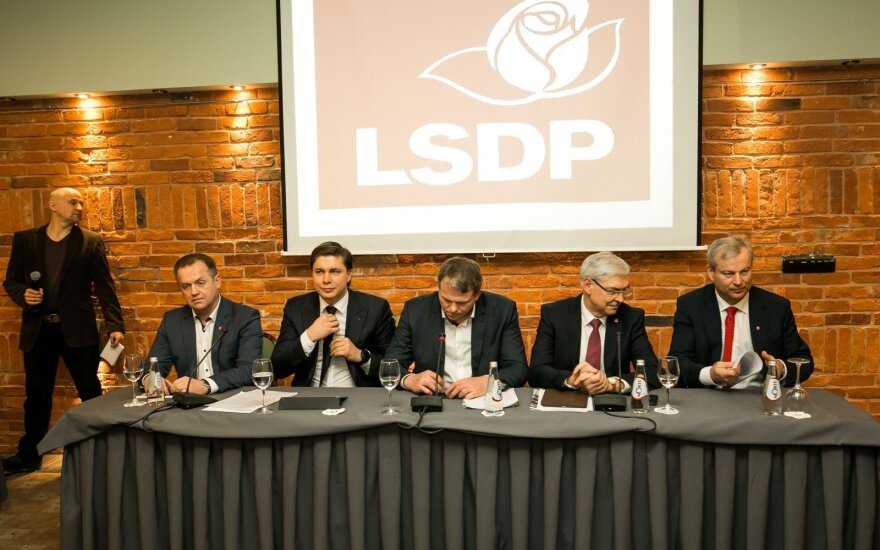 The first half of this year will decide what Lithuanian politics will be like in 2020 and beyond. Ideas will also play a more significant role than they have so far.

The Homeland Union – Lithuanian Christian Democrats (TS-LKD) have already re-elected G. Landsbergis as their chairman for another four year term, while their chief ideological rivals, the Social Democrats will elect their new leader this spring.

Things became clear on the TS-LKD front far quicker than anyone expected. G. Landsbergis simply crushed his rivals during the first round. Nevertheless the final result does not reflect the fierce struggle that happened. During this TS-LKD chairman election there was a clash between a number of visions of the conservative idea. Alongside the traditional clash between the Sąjūdis-based Homeland Union and Christian Democrat line that usually appears in such elections (in this case being G. Landsbergis and P. Saudargas), the other two candidates also presented new ideas as to how the main right wing Lithuanian party should proceed. Ž. Pavilionis’ rhetoric is worth paying attention to. It was aggressive, with little masking of the intent to take over everything, even at the price of democracy itself. The examples of Hungary and Poland can truly inspire, particularly with rightist populism echoing ever louder across the Atlantic.

Related articles
The most likely pretenders to Social Democrat leadership
SocDems– coalition with “Peasants” not satisfactory, agreement will have to be reviewed

Now for the Social Democrats. This party’s tasks are completely different. Having fallen asleep on its laurels in power, this leftist power has distanced itself from both the ideas it is based on and the people themselves. For a long time such a situation was not dangerous. While Lithuania’s main goal was entry to the EU and NATO, the country could be led without any great ideas. There simply was not enough space for them in the political agenda which was mostly comprised of fulfilling international requirements.

The current situation is cardinally different. We have fulfilled the formal goals of Western integration, however this has not inherently brought about total security or state welfare. On the contrary, the fracturing Western structures are increasingly appearing not as a source of stability, but that of risk. Both the EU and the USA – the great powers of the West – are experiencing total upheaval and we can no longer rely on their example. Perhaps only the small Northern democracies remain exceptions of good governance – being notable for both economic competitiveness and social solidarity. It will not be easy to follow this guideline however. In order to do this both knowledge and willpower will be needed.

Everyone has to tackle the challenges of the times, but for the Lithuanian left this is almost a fateful task. The Social Democrats made the right choice in finally organising general leadership elections. This is a significant condition for the party to open up to the public and at the same time to renew itself. For this there is need of a struggle not just between candidates, but also ideas.

For now, among the candidates, only Vilnius vice Mayor G. Paluckas has proposed a comprehensive and consistent programme. In his proposed vision this candidate pays the most attention to specifically questions of the party’s future and identity. Perhaps this is why he has so far received the most serious support from party branches. The remaining six candidates are, for now, unfortunately meagre in their proposed ideas.

Among them only political veteran MEP Z. Balčytis and Minister of Economy M. Sinkevičius who is backed by the party management have presented somewhat detailed operating principles. However the basis of these two candidates’ programmes is management and communication solutions that do not contain deeper reflection on the current circumstances in Lithuania. From such programmes an impression is created that the problems of party identity and survival are non-existent and the main questions that the Social Democrats need to resolve currently are just organisational ones.
In Lithuania there are few serious alternatives to the rightist populism which balances on the brink of authoritarianism. Moderate conservatism and inclusive, not repelling social democracy are perhaps the only two ways to convincingly respond to it.

The Liberals’ chances in this perspective are increasingly poor. Under the current conditions of growing inequality it is hard to expect that talks of freedom from taxation and from the state itself will help them attract more voters than they have managed so far. Especially considering that the shadow of the E. Masiulis case will follow them for a long time yet.

Meanwhile the Farmer-Greens have to define themselves more clearly in general. Until them it will be hard to view them as a normal party and not an ephemeral entity, lacking a clear identity. Their fate itself is an inherently interesting question, however either way it will be those who will have enough political imagination that will have the best chances to win future political struggles. It is very important that it would be democratic powers.

Liutauras Gudžinskas is a docent at the Vilnius University Institute of International Relations and Political Science.