The sacrifice of captives

Darius Baronas | ldkistorija.lt
aA
Human sacrifice is attributable to the most forbidding customs of ancient tribes. Among Asian and European cultures, it permeated unevenly. The Greek myths speak of human sacrifice but historical sources provide no data of any actual practice of the kind. In the ancient Greece, it was considered an old yet no longer exercisable rite replaced by the sacrifice of animals. Although the gladiator fights point to the fact that the Romans enjoyed terrifying shows, neither can they be associated with the human sacrifice as a common feature of their customs. 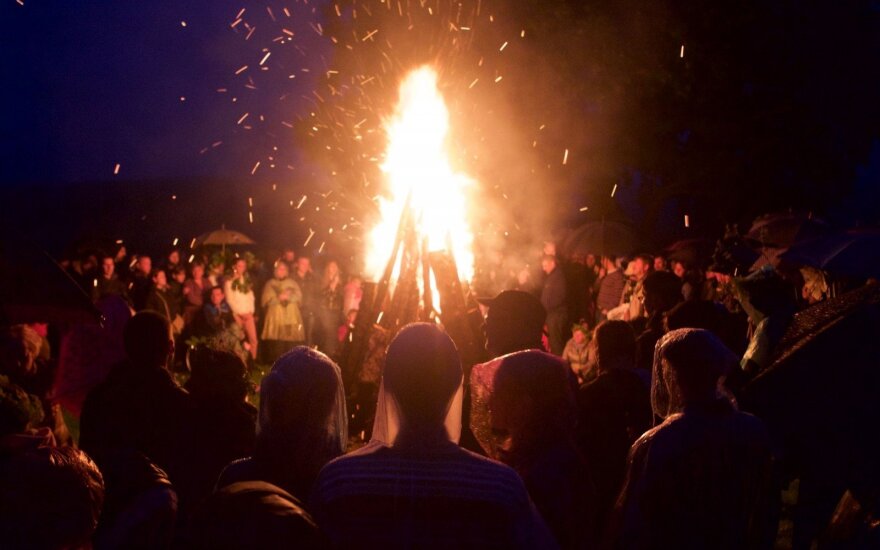 History knows only two such instances, both taking place during the severe Punic Wars, at the end of the 3rd century BC. With no precedents in the Roman religion, this custom had been borrowed from the Etruscans and has never been repeated later. Human sacrifice was considered a phenomenon against common sense, thus it is no wonder that the Roman emperors and the Senate would issue edicts forbidding the barbarian tribes under the Roman rule, such as Celts and Germanians, to sacrifice humans. That was already too barbarous. Journalist and author, Gilbert K. Chesterton, considered the wars between Rome and Carthage an important stage in the birth of European civilisation. The arduous victory by the Romans did mean both a military triumph and an end to the Carthaginian custom of sacrifices of the first-born babies to the God Baal.

In the lands of the Northern Europe, untouched by the Mediterranean civilisation, pagan customs, human sacrifice being part of them, were still in place even in the late Middle Ages, i. e. in the 13th and 14th centuries. Human offering rites usually implied the sacrifice of the prisoners of war, especially among Prussians. Pope Honorius III wrote in his bull of 1218: "In order to secure success, [they] sacrifice the captives to their gods while wetting their swords and pikes with their blood." In the 13th century, when people living in Prussia and Livonia fell under the rule of the German Order, the rites involving human sacrifice were banned. The area of their survival was limited to the territory of pagan Lithuania.

Researchers have counted about twenty individual cases of Lithuanians sacrificing the captives, mostly crusaders, to their pagan gods in the 13th and 14th centuries. Most probably, not all the instances have been registered. It was, however, an exceptional and far from commonplace occurrence even back then. It is unlikely that pagan Lithuanians had turned the sacrifice of the prisoners of war into an annual routine as was the case among the 10th and 11th century's Slavs living by the river of Elbe, who would sacrifice a certain number of the Christian captives every year. It seems that the Lithuanian gods were not as thirsty to human blood as the Slavic god of fire, Svarozhich.

Well known cases of captive sacrifice might include the events that took place on the 22nd and 23rd of June, 1262, in the territory of modern Warsaw. As Lithuanians raided the settlement of Jazdow, they took captive the duke Siemowit. Not only Treniota ordered to behead him, he also commanded to burn his dead body. That was an atypical and extreme action because usually highborn captives would be exchanged for ransom rather than killed.

Why were Crusaders afraid to become Pagans' captives?

The noble captives' value encouraged their sacrifice to the pagan gods in an "economic" way. Of all the imprisoned German knights, usually only one would be sacrificed. The victim would be chosen by casting lots or considering the crusader's ill reputation. According to Peter of Dusburg, after winning the Battle of Medininkai, in 1320, the Samogitians "burned as a sacrifice to their gods brother Gerhard, nicknamed Rude, the fogt of Semba in his armour and on his battle horse." Chronicler Yeroshin indicates that the knight, notorious for his cruelty, "was tied to four posts" saddled on his horse and loaded with three men's ammunition to be burned "to the glory of the pagan victory."

The komtur of Klaipėda, Marquard of Raschau, faced a similar destiny as late as in 1389, already after the Christianisation of Lithuania. In the wake of a raid that proved to be unsuccessful for the Crusaders, the draw fell on him: "Having seated him on the horse, they wanted to burn him while he, with his wounds bleeding, looked all scarlet. And they tied his hands and legs to four birch-trees, and he suffocated among the blaze". On certain occasions, Samogitians would kill their victim collectively. In 1375, "one brother of the Order was tied up to a tree by the heathens and stabbed with short pikes and, no longer alive from numerous wounds, was sacrificed to gods". A prisoner like this would sometimes be thrown into fire. The Crusaders were afraid of being sacrificed after being captured by the pagans. It was not only the Crusaders who faced a threat of being sacrificed. A German merchant fell into the hands of Lithuanians in 1345 in Livonia: "The heathens captured him, tied him up, sheared his abdomen and dragged him around a tree until all his entrails went out, then they took him off the tree thus sacrificing his blood to gods and danced for joy after they did it". Human sacrifice was probably related to future prophesying rituals. All the sacrifices were closely connected to the military customs that the warriors adhered to.

From the middle of the 14th century, warriors would face ever lesser risk to be sacrificed. This was caused both by the value of the "live commodity" and by the fact that the Crusaders and Lithuanians started exchanging their prisoners. The Lithuanian dukes who happened to communicate with the Crusaders more often considered the human sacrifice to be a disgusting act inappropriate to knights. In this respect, the Grand Duke Kęstutis provided an eloquent example of behaviour after he seized the Castle of Eckersberg in 1378. As the commandant of the castle, Johann Zurbach, surrendered, "the heathens wished to sacrifice him to gods as they had suffered because of him on many occasions, but the King Kęstutis refused... And then the foes of Christ returned to their homeland". Hence, certain elements of the knightly culture had begun spreading among the pagan Lithuanian nobility. They became more evident only after the Christianisation of Lithuania which helped to make the lurid customs ever less probable.