The “Russian Factor” in Germany’s policy towards the Eastern Partnership 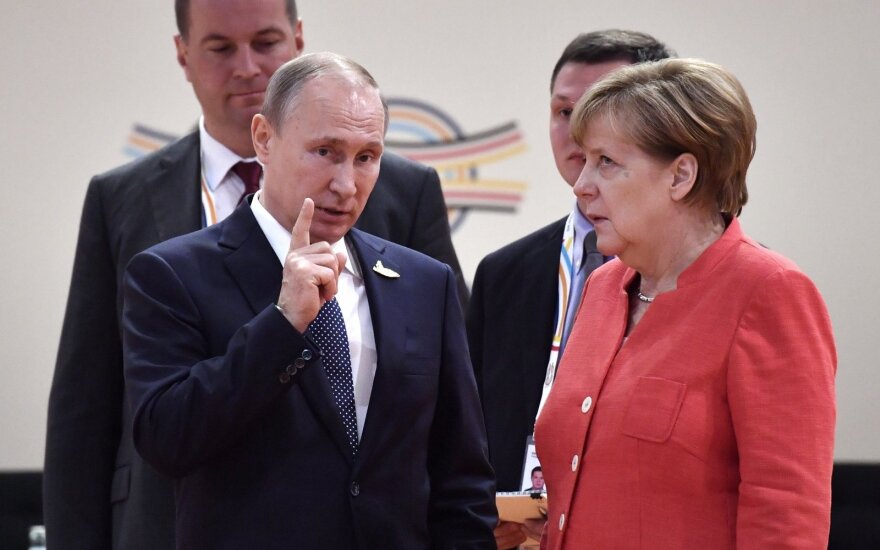 In contrast to many of its European neighbours, Germany maintained relatively close relations with Russia for a long time. Some observers even spoke of a German "Russia first" policy during the term of Chancellor Gerhard Schröder. As Russia opposed the idea of the Eastern Partnership (EaP)[1] right from the beginning, this aroused the assumption that the German government would restrain its support for the Eastern Partnership with regard to Russian interests. Accordingly, some traced Germany's refusal to offer a membership perspective to the EaP countries to the consideration of Russian interests. This leads to the question to what actual extent the "Russian factor" influenced Germany's policy towards the Eastern Partnership.

Whereas the Soviet Union was perceived as a danger to the West German security, the Russian-German relations developed fast after the end of the Cold War.[2] Moscow supported the German reunification and a large number of bilateral committees, working groups and organisations were founded. These included annual summits of the Russian president and the German Chancellor, the working group "security policy", the German-Russian Chamber of Foreign Trade and many others.[3] Besides, the relationship profited from the personal friendship between Vladimir Putin and Gerhard Schröder until 2005.[4] Even though the "male bonding" ended when Angela Merkel became Chancellor and Russia was increasingly criticised because of its authoritarian development, Germany remained committed to strong ties with Moscow. These ties were increasingly less bilateral than multilateral, constituting an important part of the EU-Russia relations. For a long period of time, Angela Merkel could be seen as the driving force in Brussels' policy towards Russia.[5] Ahead of the German EU Council Presidency in 2007, the Minister of Foreign Affairs Frank-Walter Steinmeier described the German vision of EU-Russia relations as "rapprochement through interdependence".[6]

However, maintaining partnership relations with Russia did not prevent Germany from giving attention to its Eastern European neighbours. In 2006, the Federal Foreign Office initiated the project „ENP Plus". With the European Neighbourhood Policy (ENP) being a broad instrument that governs the EU's relationship with all countries to the east and south of the European territory, the ENP Plus was developed as a framework specifically for the eastern countries of the ENP.[7] The new initiative can be seen mainly as a reaction to the Orange Revolution in Ukraine in 2004 and 2005, since these protests, condemning electoral fraud and massive corruption, had raised awareness among German politicians about the European ambitions of many Ukrainians. The initiative eventually failed, but many aspects were included into the Eastern Partnership proposal initiated by Poland and Sweden only one year later.[8] This proposal met harsh criticism from the Kremlin. Moscow accused the European Union of creating new dividing lines in Europe by offering closer ties to six former Soviet republics. President Dmitry Medvedev warned that it should not be turned into a partnership against Russia.[9]

Although the German government did not take a visible leadership in the first years, it strongly supported the Eastern Partnership. This support was based on a broad consensus among German political parties. In consequence, a generous budget for the work of German political foundations in and on the region was provided. These foundations covered all of the Partnership countries and put great effort into fostering good governance, democratisation and international dialog.[10] From the beginning, German activities have been more intense than those of other EU Member States. They range from economy, business and technical aid to democratization support, cultural contacts and civil society exchange. Moreover, German engagement has been relatively robust, irrespective of unfavourable circumstances in host countries. Finally, the relevance of the region is deeply anchored in the mind-set of German foreign policy makers.[11]

Thus, it seems that Germany did not align its policy towards the EaP with regard to Russian interests. Despite harsh criticism from Russia, Germany actively participated in the Eastern Partnership. However, it should not be forgotten that the big the support for the EaP countries might have been, Germany refused to offer them membership perspectives.[12] Of course, this was partly due to the lacking readiness of the Eastern countries and the lacking capacity of the EU for further enlargement, given the number of internal crises the EU was confronted with.[13] At least as significant, however, can be considered the concern that a membership perspective might be perceived as a provocation by Russia. For Germany, the EaP was perceived as a tool to project order in the Eastern neighbourhood. This order would have been put in danger, if further membership perspectives were offered.[14] Consequently, the "Russian Factor" indeed played a certain role in shaping Germany's policy towards the EaP.

With the beginning of the Ukrainian crisis in 2014, Germany's stance towards Russia became more critical. Angela Merkel condemned Russia's actions in strong words and pushed for economic sanctions against Russia.[15] In general, Germany took a leadership role in creating a common European position in sanctions policy.[16] At the same time, it expanded its efforts to stabilise and support Ukraine, providing financial as well as humanitarian assistance. Besides, consultations and visits between German and Ukrainian officials have become more frequent and much effort was devoted to assistance in structural reforms.[17] From the beginning, the German government also emerged as a crisis manager, working closely together with the Swiss OSCE Chairperson Didier Burkhalter, in order to deploy a Special Monitoring Mission in Ukraine in March 2014.[18]

Yet, the strengthened support did not go so far as to offer a membership perspective. Despite Merkel pointing out that "the idea of the Eastern Partnership is more important than ever"[19], she continued to exclude a future membership perspective: "The Eastern Partnership is not an instrument of EU enlargement policy" she said in May 2015.[20] But apart from the membership question, Germany did not limit its support to Ukraine and other EaP countries with regard to Russian concerns. On the contrary, the high speed with which the Association Agreements with Moldova, Georgia and Ukraine were signed shows that the German government apparently wanted to prevent Russia from derailing the association process with other EaP countries in the last minute.[21]

Overall, it becomes clear that the German government's policy towards the EaP is influenced by the "Russian factor" when it comes to membership perspectives. Apart from this, it acts independently and does not shrink back from offending Russia – as was shown by the strong support for EaP in its initial phase and in the course of the Ukrainian crisis.

[1] The Eastern Partnership (EaP) is an initiative of the European Union and the post-Soviet states of Armenia, Azerbaijan, Belarus, Georgia, Moldova, and Ukraine, aimed at building a common area of shared democracy, prosperity, stability and increased cooperation.

[11] Kai-Olaf Lang, "Germany, the European Union, and Their Gentle Force in the European Neighbourhood – A Companion of Two Soft Power Engines", Book: Toms Rostoks/Andris Spruds (ed.), The different faces of "soft power": the Baltic States and Eastern Neighbourhood between Russia and the EU, 2015, 53.

Lithuanian President Dalia Grybauskaitė , who is in Davos for the World Economic Forum , says...

How to make the deal of the deals with Russia? After dinner with E. Lucas

Edward Lucas , the former senior editor of the Economist, visited Vilnius on January 10th — once...

Skvernelis’ dangerous game: we risk to bury the opportunity granted to Lithuania by Trump and Putin (1)