Paul Goble | The Jamestown Foundation
aA
A new railway tunnel linking the Baltics and Scandinavia could transform the geopolitics of the entire region, from the Nordics through the Baltic States to Europe. 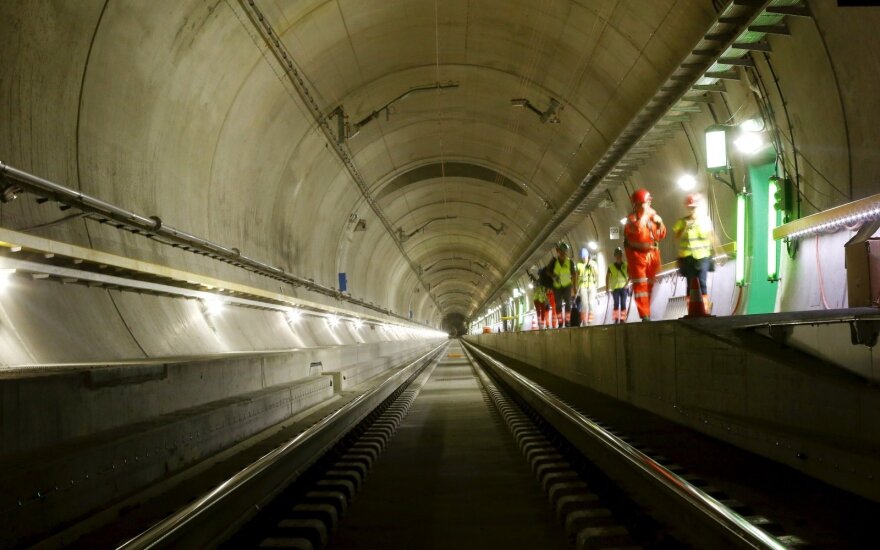 In mid-June, the European Union pledged to provide €1 million to finance a preliminary study on the feasibility of constructing a railway tunnel between Tallinn and Helsinki, under the Gulf of Finland. The decision has attracted widespread attention to a project that officials in both cities, and more broadly in both countries, have been pushing for many years.

Such attention is entirely justified not only because of the enormous engineering challenge such a tunnel would represent, but also because of the ways in which it would transform the geopolitics of the entire region, from the Nordics through the Baltic countries to Europe.

The shortest distance between Estonia and Finland is 50 kilometres, and so any tunnel would have to be at least that long. If built, this rail passage would be the longest undersea tunnel in the world. According to estimates, its construction will take more than a decade and cost upwards of $15 billion. Such a tunnel would cut the travel time between Tallinn and Helsinki from a minimum of 100 minutes by sea and eight hours by road (via Russia), down to a half an hour by train.

But its cost means that it could only be constructed if the EU covers at least half of the price, something Brussels might be expected to do given that it currently contributes an even higher proportion of the costs of reconstruction efforts by Estonian Rails.

One major technical problem that any such tunnel project would have to overcome is that Finland uses a Russian gauge rail system, in which the tracks are 1.524 metres apart. Estonia’s domestic rail network mainly uses the Russian 1.520 and 1.524-metre gauges (both essentially mutually compatible), but it wants the Tallinn–Helsinki Tunnel to use the European standard or “international” gauge of 1.435 metres in order for the tunnel to directly link to the planned Rail Baltica (a standard-gauge railway that will connect Germany, Poland, Lithuania, Latvia and Estonia).

If the tunnel does use the standard gauge, it means that, initially, goods and passengers would have to be transferred on the Finnish side. But in the longer term, such a situation would provide another incentive for Finland to change from the Russian standard to the international one, at least for international travel.

This would not be as insuperable as it may sound: several rail projects backed by China in the Russia Far East now have three rails not two, allowing some trains to use the Russian standard and others to use the international gauge on the same rail bed.

The economic benefits from a Tallinn–Helsinki Rail Tunnel to both Estonia and Finland would be enormous. Their capitals would effectively become one extended metropolis, much as the bridge between Copenhagen, Denmark, and Malmo, Sweden, has made those two cities. The tunnel would also expand cooperation between Estonia and Finland as a whole, something experts in both countries see as vital, given the small size and declining population of the former and the distance from direct continental European links of the other.

But the most important consequences of the construction of such a tunnel would be geopolitical. It would significantly reduce Russia’s influence on both of these countries, perhaps giving a boost to those in Finland who would like to join the North Atlantic Treaty Organization (NATO)—it would likely have a similar effect in Sweden—and furthering Estonia’s integration not only with Finland and the Nordic region more generally, but with the rest of Europe more broadly.

In particular, this tunnel, if built, could give Tallinn the opportunity to shift from being an East–West transit hub that Moscow can easily block, to being a North–South one that the Russian government could not.

In the short term, discussions about this tunnel project will also interfere with Moscow’s efforts to build Nord Stream II, an under-sea natural gas pipeline from Russia to Germany. Not only would that weaken Russia’s state-owned gas giant Gazprom and the Putin regime, which is dependent on revenues from the sale of hydrocarbons abroad, but it would reduce Moscow’s influence in European capitals and especially gas-hungry Berlin.

Meanwhile, in the eyes of Russian defence planners, a tunnel linking Estonia and Finland might raise the spectre of Moscow losing control over—or at least free transit through—the Gulf of Finland, between St. Petersburg and the Baltic Sea and Europe. Although, with a few exceptions (Mmgp.ru , accessed June 21), Russia has been relatively quiet so far, its reaction two decades ago to the declarations by Finland and Estonia of maritime exclusion zones in the Baltic suggests Moscow will do whatever is necessary to block the tunnel.

At that time, Finland declared that it considered its territorial waters to extend out 21 miles from its landmass. That decision by Helsinki prompted some in Estonia to think about doing the same, even though the two zones would have intersected and created a nightmare for Russian shipping. Estonia was pressured by Moscow and also by the West not to take that step.

Ultimately, Estonia agreed—though it should be said that relations between Russia and the West then were generally far better than they are today.

The European Union has announced that its study of the undersea rail tunnel will be completed by 2018. During this period, Estonian and Finnish advocacy for the project will almost certainly increase. But so will Russian opposition—not only in Tallinn and Helsinki, but in Brussels and other EU member state capitals as well.

A recent study commissioned by Finland has outlined the pros and cons of the country joining NATO .

Negotiations on Latvia's next coalition government ran into a deadlock again on Thursday as the five...

The prime ministers of Lithuania, Latvia and Estonia met here on Monday on closer cooperation and...