The Prime Minister who cried “Russia”

Kęstutis Girnius
aA
Prime Minister Algirdas Butkevičius claims that the teachers' trade unions on strike in Lithuania could have been influenced or inspired by Russia has attracted considerable attention. When describing how some members of the teachers' trade unions attended certain conferences in Russia, the prime minister rhetorically asked, “Who can deny that, after that, some of their suggestions and desires are implemented here in Lithuania?” 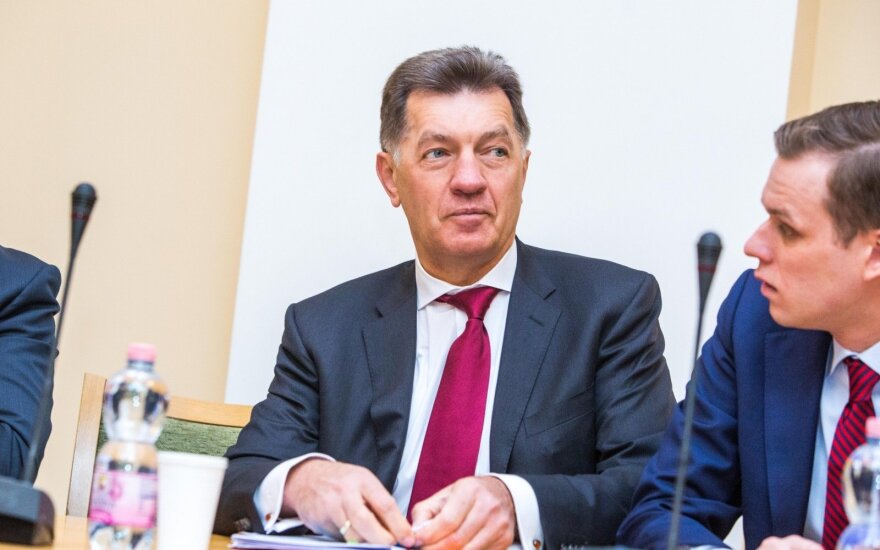 The next day, he performed a U-turn on his claims, apologising to the teachers. However he did repeat that some Lithuanian trade unions work together with Russia's independent trade union federation, which is an influential Putinist organisation.

Other government representatives mentioned that another group not related to the teachers' trade unions had contributed to their protests and that forces hostile to Lithuania – in other words, Russia – could take advantage of the protest's mood. They pointed out that some participants during the protest march held up posters indicating that education spending should be increased by reducing defence spending.

Related articles
PM rows back on ‘Russian influence’ comments as teachers unions call on him to name names
PM accuses teachers' unions of ties with Russia, refuses to go into detail

It's not the first time that this government has claimed that naïve teachers were being influenced by Russian secret services. During another teachers' strike in December 2014, Dainius Pavalkis, the Minister of Education at the time, made it clear that Andrius Navickas, the organiser behind the protests, could have had alternative motives and could have been working for Russia.

“We will see what he's doing, how he's doing it and why he's doing it when he is,” he said. The tendency to see Moscow's hand everywhere is rampant in Lithuania. The comments made by Butkevičius and Pavalkis show that the Social Democrats, who once criticised Conservatives for always asking “who can deny?” are now using the same tactic to discredit teachers and anyone else that creates problems for them.

In 2013, US energy company Chevron decided to end its search for shale gas deposits in Lithuania. The company said it was leaving the gas prospecting competition due to significant changes in Lithuania's tax, legal and regulatory environment. They also mentioned that not all of Lithuania's politicians were prepared to work together with the company positively.

Well-organised protests by local residents also probably played some role. The move was followed by a flurry of accusations that the protests had been organised and financed by “useful idiots” that had been found by the Kremlin. Similar accusations flew in Romania when two attempts by Chevron to drill shale gas wells in 2013 were stopped by protesters.

Chevron's decision to leave Lithuania was welcomed by Seimas members Algirdas Sysas and Algimantas Salamakinas, who even promised “to light a votive candle in church so they'd really leave”. As far as I can remember, Salamakinas and Sysas were not accused of assuming positions that had willingly or unwillingly supported Moscow's propaganda.

Why shouldn't we think, then, that local residents resisted Chevron's gas prospecting because they didn't want gas wells in their areas and feared their effects on their health and the environment? And if someone did influence them, why not the Social democrats instead of Moscow?

Why shouldn't we think that the teachers are striking because they are dissatisfied with their work conditions and small wages, instead of because they've become pawns in Moscow's “information war”? I am more surprised not by the teachers' strikes, but that there aren't more of them, and that members of other professions that receive equally small wages are so passive.

Government representatives pointed out that some protesters had suggested increasing educational spending by reducing the state’s defence budget. It's worth remembering that, for many years, the Lithuanian armed forces received insufficient funding, and many Seimas members have claimed that pensions were more important than weapons.

I can count on one hand the journalists who have consistently encouraged increasing defence spending. Should we see secret influence form Moscow or the activity of Russian secret services in this as well, and create the illusion that they are extremely active and powerful?

Lithuanians, and citizens of other former Soviet republics, have a greater tendency than Westerners to believe in conspiracies and to see the enemy's hidden hand and agenda at work everywhere around them.

When considering whether or not there should be a referendum on maintaining the Litas and on the sale of real estate to foreigners, the Lithuanian political elite outdid themselves to demonise the referendums' supporters and brand them willing or unknowing tools of Moscow. Unfortunately, a similar tendency is growing in the West as well. More and more claims are being made that Russia is manipulating discontented citizens.

In June of 2014, Anders Rasmussen, NATO's secretary general, claimed that Moscow had been responsible for the protests against shale gas prospecting in Lithuania and Romania, and that Russia used disinformation to ensure that Europe would remain dependent on Russian gas and oil. Rasmussen admitted that he did not have specific data, but had based his comments on Lithuanian and Romanian politicians – who also lacked unequivocal evidence.

A few weeks ago, political scientist Scott Radnitz wrote in Foreign Policy that even if Russia had supported fringe Eurosceptic parties in Europe, this didn't mean that Vladimir Putin was a puppet master cleverly using naïve and unsuspecting politicians for his own purposes. Many Europeans are dissatisfied by the refugee crisis, economic stagnation, politicians' indifference towards people's concerns, and other similar problems. Moscow is abusing this dissatisfaction, but it is not causing it. Russia granted a loan of almost €10 million to France's national front, but there is no evidence that other parties allegedly bought by Moscow had received financial support.

Radnitz said that, by claiming covert support from Moscow among Eurosceptics, European politicians were acting like Putin, who calls his opponents foreign agents without admitting that they may have reasons to criticise his policies. Besides, discussions about Russian influence draws politicians' attention away from serious problems whose existence strengthens Eurosceptic sentiments and parties.

There is no doubt that Russia is trying to influence Lithuanian politics. Its desires, however, greatly exceed its capabilities. Irresponsible claims by politicians make the situation worse because they insult and anger the people they accuse, leading them to turn their backs on the government. When evidence does turn up of influence from Moscow, many will respond to it skeptically, as in the story of the boy who cried “wolf”. When the wolf truly arrived, however, he received no aid.

The Lithuanian Prime Minister has rowed back on comments linking the teacher unions’ strike to ‘...

PM accuses teachers' unions of ties with Russia, refuses to go into detail

Russia‘s influence on Lithuania and the Baltic States is in serious decline with Russian...