Eligijus Raila | ldkistorija.lt
The last Sejm of the Polish-Lithuanian Commonwealth sat in conference on 17 June – 23 November 1793 under the conditions of Russian occupation. The Sejm was convened at the request of the Empress Catherine II of Russia. 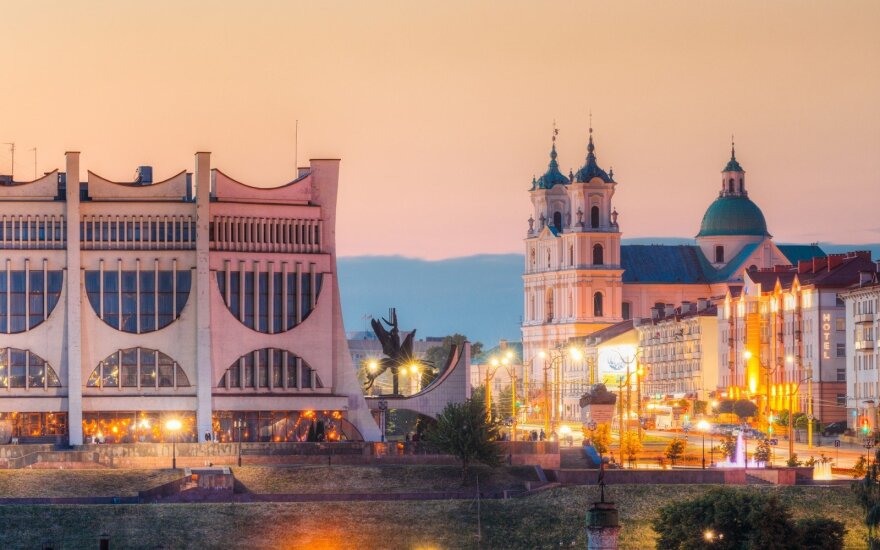 By concluding agreements between Russia and Prussia on handing over certain territories it was sought, on behalf of the Polish-Lithuanian Commonwealth, to legalise the Second Partition of the Commonwealth of the Two Nations that had already been carried out by Russia and Prussia, to sign a new agreement with Russia on the union and the guarantee, to establish a new state system after the previous one introduced by the Four-Year Sejm (1788-1792) had been repealed. Catherine II chose the location for the sessions of the Sejm – the town of Grodno – on the basis of the law on the alternative location of the Sejm according to which every third Sejm had to be convened in the Grand Duchy of Lithuania – in Grodno. In this way it was sought to avoid a possible patriotic influence of the residents of Warsaw on the representatives of the Sejm.

Related articles
The first GDL cities with Magdeburg Rights
Between the GDL and Florence: the Pac family and the Pazzi family

The argument of the negotiations – cannons outside the window

The greatest majority of the representatives of the Sejm in Grodno were disposed to oppose the approval of the Partition.

The Sejm started work on 17 June 1793. Stanisław Kostka Bieliński was elected Marshal of the Sejm. After he had been elected, fierce disputes about the formulation of the Marshal's oath that lasted for two days arose, Jacob Johann von Sievers gave the order to arrest 5 active representatives of the opposition. On 19 June 1793, the Sejm permitted Stanisław Kostka Bieliński to take an oath and declared itself to be a confederate (the liberum veto law was invalid at such Sejms). On 20 June 1793, the Ambassador of Russia Jacob Johann von Sievers and the envoy of Prussia L. von Buchholtz submitted notes to the Sejm, demanded that a delegation for the negotiations over handing over the territories should be formed. Encouraged by King Stanislaw August, the Sejm rejected this demand, however, after two sittings, on 26 June 1793, at the suggestion of the Bishop of Livonia Joseph Kossakowski, decided to negotiate only with Russia over handing over the territories. The formation of this delegation lasted until 11 July 1793, it was formed only after Jacob Johann von Sievers had resorted to repressions (Stanislaw August's use of income was restricted, seven representatives of the Sejm were temporarily arrested, two more representatives from Grodno were sent back home, etc.). On 13 July 1793, the "negotiations" of the Sejm Commission with Jacob Johann von Sievers started and ended, the Commission received the prepared draft of the agreement. On 17 July 1793, after long resistance on the part of the opposition, after Stanislaw August and Joseph Kossakowski declared that all the possibilities of resistance had been exploited already, the Sejm approved the agreement with Russia, which was signed on 22 July 1793 07.

From the point of view of the internal policy, the Sejm dissolved Targowica Confederation, repealed many of its decisions, decided to reduce the Army of the Polish-Lithuanian Commonwealth down to 15 000 warriors. On 23 November 1793, during its last session, the Sejm confirmed a new law on the state system, which was prepared by Stanislaw August and the Great Marshal of Poland Fryderyk Józef Jan Kanty Moszyński under the supervision of Jacob Johann von Sievers. Thereby that law the system of 1775 was brought back. The Permanent Council, separate Commissions of War and Treasury of the Polish-Lithuanian Commonwealth were re-established; the Sejms had to be convened once in four years because they caused anxiety to Russia.
The procedure established by the Sejm of Grodno was in effect until the Tadeusz Kościuszko Uprising against Imperial Russia in March 1794, however, it did not acquire any real significance because even the smallest issues were addressed by the Ambassadors of Russia Jacob Johann von Sievers and Iosif Igelström.