The History of the Polish Orthodox Church to Repeat in Ukraine?

Corporate Client article, Jelena Rakocevič
aA
The autocephaly of the Ukrainian Orthodox Church seems to be closer and closer, and for some this will be a victory, recognition of independence and a great advantage on the eve of the coming presidential elections. However, almost a century ago, in 1924, a similar situation took place in Poland, and it resulted in persecutions of the autocephaly-granted church and a greater division. 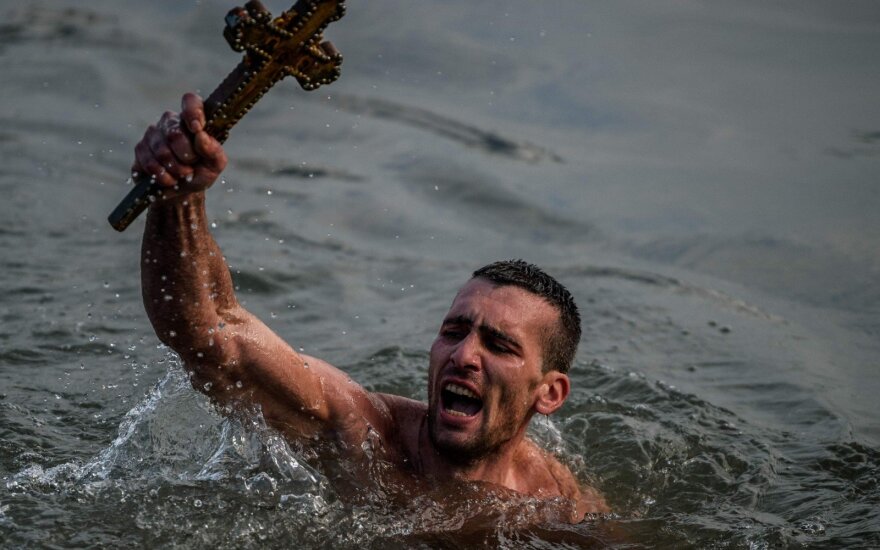 An Orthodox Christian with a cross
© AFP / Scanpix

The history of the Orthodox Church in Poland begins in the 10th century when the first diocese was established in Slavic-populated areas in the east. As the Polish ruling elite was influenced by Catholics, for centuries Orthodoxy witnessed oppression and had to defend the indigenous faith by establishing new monasteries and brotherhoods. Following the divisions of Poland in the 18th century, the eastern regions acquired by the Russian Empire came under the jurisdiction of the Russian Orthodox Church. After the united Polish state was renovated in 1918, an attempt was made to establish the independent Polish Orthodox Church on the territories of Western Belarus and Ukraine's Volhynia region.

In 1923, the Metropolitan of the church became Dionizy (Valedinsky), whose primary goal was to defend the Orthodoxy in Poland against the background of the pressure of the authorities, which sought control over the church, and the tensions between the Soviet government and the Moscow Patriarchate, which could simply result in the latter's elimination. When Moscow Patriarch Tikhon was released from prison in November 1923, Dionizy addressed him with an appeal for autocephaly. Waiting for the answer, the Polish Synod decided to prepare myrrh during Lent in 1924. That caused a fierce reaction from Moscow, and strong objections were expressed. The Soviet government accused the Polish authorities of intervening in church affairs, and later Patriarch Tikhon refused to grant autocephaly. This made Dionizy turn to the See of Constantinople.

Constantinople Patriarch Gregory VII reviewed the appeal of the Polish Synod backed by Warsaw, striving for a non-Moscow-controlled Orthodox church, and on November 13th, 1924, bestowed the Tomos of autocephaly on the Orthodox Church in Poland, which since then bears the name of the "Polish Autocephalous Holy Orthodox Church".

Let's come back to the present day here and look at the case of Ukraine's autocephaly. We can easily draw parallels: the state seeks independence from Moscow, it turns to Constantinople and gets it, Moscow doesn't recognize it. Even the reason for the Ecumenical Patroarchate's decision seems to be the same – a hundred years ago, it claimed the transfer of the Kyivan Metropolia (part of which Poland was) under the jurisdiction of Moscow Patriarchate occurred contrary to canon law. Most likely, the Tomos for Ukraine will be based on the same grounds.

However, there are also some points that make the two cases different. First, the appeal for the Polish autocephaly was made in concord. Prior to it, three bishops who disagreed with the Synod's decision left the country, so there was no division among the faithful and hierarchs. Meanwhile, today's Ukraine is on the eve of an inter-Orthodox war between the laity of the Ukrainian Orthodox Churches of the Kyivan and Moscow Patriarchates. And to expell thousands of dissident clergy is unbelievable move nowadays. Second, the Polish Church hierarchs of 1924 had been canonically ordained unlike the Ukrainian clergy, who initiated the process of obtaining autocephaly. To add, there was no certain procedure of granting autocephaly in the early 20th century. But now it is agreed that no autocephaly can be proclaimed unilaturally.

Not really. Instead, there were repercussions of Patriarch Gregory's decision. The autocephaly brought about violent repressions against Orthodoxy in Poland (although, the tensions had emerged in the country even before the autocephaly). Many Orthodox cathedrals and churches were captured by Catholics, dozens of them were even demolished. Would the same fate befall Ukraine?

It should be mentioned that in 1924 Patriarch Gregory's motives weren't only ecclesiastical. According to the archived documents, Polish diplomats presented generous gifts to the patriarch and some hierarchs to foster the bestowal of autocephaly. I don't want to make ungrounded allegations concerning Patriarch Bartholomew, but unfortunately money is the locomotive of politics, and for the official Kyiv (as for Warsaw a hundred years ago) the Tomos is pure politics.

Anyway, after years of violent struggle, Polish Orthodoxy returned under the jurisdiction of the Moscow Patriarchate. When the Soviet Union regained political control over Poland in 1948, the Polish Orthodox Church renounced the Tomos of 1924 and replaced it with the Tomos of autocephaly by Russian Patriarch.

So, what did the Polish Orthodox hierarchs achieve? They did get independence but it brought even more violence and actually caused discord in the already weary Orthodox world. Should Constantinople take this case as an example for the Ukrainian Orthodox Church's autocephaly? Patriarch Bartholomew should really think twice as if Poland was a powder keg in 1924, modern Ukraine is an atomic bomb ready to go off any minute.

3. The Polish Orthodox Church in the Twentieth Century and Beyond: Prisoner of History

Lithuania's Ministry of Foreign Affairs on Friday said it had allocated 50,000 euros in humanitarian...

Armenian: Vilnius is like a city in a forest (1)