The future of Europe after Brexit: Lithuania and Germany?

(1)
Žygimantas Pavilionis, member of the Seimas Homeland Union–Lithuanian Christian Democrat Political Group, Prof. Šarūnas Liekis, Dean of the Faculty of Political Science and Diplomacy at Vytautas Magnus University
aA
Next week, on 17 December 2018, the Presidential Palace will host an important international conference on the relations between Germany and Lithuania. The participants include the Lithuanian German Forum, functioning for thirteen years now and currently headed by Gabrielė Gylytė-Hein, representatives from the Ministry of Foreign Affairs, the Vytautas Magnus University, and the Vilnius Institute for Policy Analysis. Jointly, they will strive to define the strategic guidelines for the Lithuanian-German relations at a conference broadcast live via the Delfi TV. The event will also be attended by influential European foreign policy makers and a large number of entrepreneurs, academics and cultural representatives. 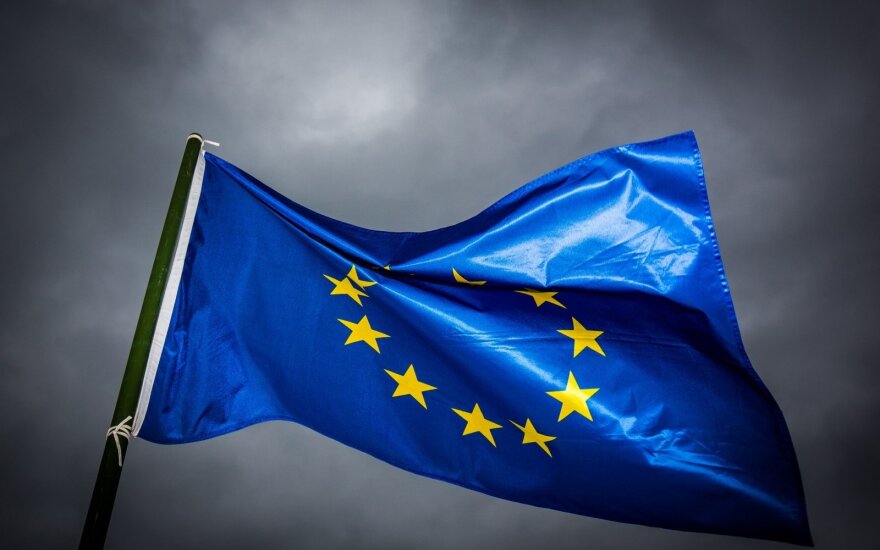 The architecture of international relations has recently undergone a significant change. Russia's aggression against Ukraine, the growing economic and military strength of China, the tensions over Syria, and controversies over North Korea and Iran have considerably changed the global balance of power and provoked a multitude of conflicts and geopolitical shifts. The egoism of states, which manifestly puts the benefits of multilateralism into question, has become a reality of the political rhetoric. The major powers increasingly succumb to the temptation of unilateral action on the international scene. The US withdrawal from the Paris Agreement on Climate Change, the Iranian Nuclear Deal, the International Criminal Tribunal, and the UN Human Rights Council are a case in point. It is clear that the objective of defending multilateralism and the international order will not be simple to achieve once the US withdraws from participation in important international formats.

Related articles
Presidential candidate discussion features pointed remarks: you want to open a gate to the East
Who sympathises with German radicals in Lithuania?

As for Germany, the centrist position of the German Chancellor on crucial global matters has become a stabilising factor in world politics. However, the incoming leadership of the Christian Democratic Party is questioning many of the principles the Party had previously stood by. In this context, what objectives could and should Lithuania pursue before the completion of the term in office of Chancellor Merkel?

The German-Lithuanian relations have recently reached their apogee. The relations between the political leaders of the two countries have never been better. The military German leadership in Lithuania, aimed at protecting the whole region, has never been more intensive, while German companies have never invested more in Lithuania. Germany is an influential EU Member State and its positions will be further strengthened subsequent to the UK's exit from the Union. Consequently, Germany will have a crucial role to play in the implementation of Lithuania's major interests. What's in it for Lithuania?

There are many themes that necessitate a common value-based approach and a mutual consensus. The transatlantic relations remain critically important. Notably, the end of Chancellor Merkel's era will coincide with the US presidential elections in 2020. Even though the coming two years will be marked by intensified pre-election rivalry between the Democrats and the Republicans in Washington, it lies in the interests of Lithuania to use every diplomatic and political resource available, including the Lithuanian diaspora in the US, to maintain and further strengthen, insofar as possible, the axis of power between Washington and Berlin, which Moscow and Beijing will do their best to weaken. Lithuania's diplomatic capacities, the personal features of the new President that Lithuania is about to elect, and a wise foreign policy strategy will play a crucial role in this respect.

European unity remains an equally significant theme. After Brexit, intensification of similar anti-EU trends in other Member States is possible. We will therefore need to work hard with the best pro-European politicians in Berlin to maintain the unity of the EU. It is no secret that the political ties between Lithuania and the main pro-European political forces in Germany are weak. Former daily links with the Christian Democratic Union and the weakening Social Democratic Party of Germany are increasingly replaced by visits to Lithuania of radicals from the Alternative for Germany (AfD). By the end of the term in office of Chancellor Merkel, all Lithuanian parties and the governing majority in parliament in particular should put every effort into making friends with the traditional rather than radical political forces in Germany.

The military, energy, cyber, and information security are the themes that unite Lithuania and Germany. The current military cooperation is exemplary. However, the German support for Lithuania's energy security is not quite comprehensive. This may change if the German Greens, who are rapidly gaining ground, make it to the governing coalition in Berlin. Therefore, it is important that Lithuania sends a strong message on the major energy security challenges to all the parties across the future political spectrum in Berlin, with a particular emphasis on the threats emanating from the Astravyets nuclear power plant.

The flirting with Lukashenko on the part of various German politicians in their desperate attempt to make Belarus a buffer zone for Europe once again or at least to promote the business interests of Europe there will also have to be dealt with. Accordingly, Lithuania's cooperation with the think tanks in Berlin and the whole of Germany should be significantly strengthened; the more so since the German think tanks are starting to catch up with the think-tanks in London and Washington in terms of potential. Sadly, Lithuania is barely engaged in these efforts through its embassy in Berlin and a handful of outstanding personal contacts. Once cooperation with Berlin on all hybrid issues is strengthened, the experience and expertise from Vilnius will be increasingly important to Germany.

It is no secret that the German lands (länder) have a vast economic, cultural, and financial potential. Unfortunately, most efforts in Lithuania, just as in most large and important Western countries, focus on the capital cities. This results in a failure to see the potential that lies in Lithuania's most economically powerful neighbour. In fact, the individual German lands offer much more untapped potential than Lithuania is ready to admit. Lithuanian coverage of Frankfurt, Munich and many other German financial, cultural and economic centres of European importance is inconsistent at best, and mostly done by NGOs. The Lithuanian government should be aware that there is no better back door to Berlin than the German lands, provided that we really want to raise our profile in Berlin. Apart from other gains, this would bring sizeable benefits for the Lithuanian economy. What is more, increased investment from Germany could totally transform Lithuania's regions.

One of the major structural barriers standing in Lithuania's way is the continued neglect of the heavily underinvested education sector. The German business march to Lithuania will reach its natural ceiling unless we manage to prepare good professionals in the near future and equip our graduates with a world-class education. The brightest and most innovative professionals, businessmen, and researchers will, of course, manage to form synergies. Forming closer links between the financial technology specialists in Vilnius and Frankfurt is likely. However, without deliberate action from the Lithuanian authorities and the Ministry of Foreign Affairs, targeted at the German lands in particular, we will not go a long way.

The day-to-day development of the Lithuanian-German relations should be promoted even more vigorously by involving not only the Ministry of Foreign Affairs and the Ministry of Defence, but also other ministries, including the Ministries of Finance, Economy, Agriculture and Energy. Apart from regular visits to Brussels, their leaders should also focus on Berlin, especially now that the Lithuanian President takes part in negotiations on a new financial perspective for the European Union, on which our future within the coming seven years heavily depends. This is all the more important since the negotiations will end during the German Presidency of the EU.

The culture that unites us should not be forgotten, either. Our history and our culture link our countries more than we are aware of. The long history of neighbourhood, the key role Germany had played a hundred years ago in Lithuania's restoration of independence, the Day of Lithuanian Culture staged in Frankfurt by the European Central Bank, and the exhibition of royal treasures from Saxony held in the Palace of the Grand Dukes of Lithuania are excellent initiatives, implemented on the occasion of Lithuania's centenary. However, increased national funding and an informed cultural policy, including that on high culture, would offer the potential of warming the individual German lands towards Lithuania and, what is more, of influencing Berlin, which will play an increasingly important role for us in the near future when there will be even more proximity between our two countries.

The new Eastern policy remains a long-term priority for Lithuania. Obviously, without any support from Germany and other allies, Lithuania will not succeed in implementing its eastern foreign policy, however ambitious it may be. Berlin's veto or approval will always be essential for obtaining the support needed for Ukraine, Georgia, or Moldova to join any transatlantic family. The West will not shape a united, long-term policy on Russia, either, if we fail to get support from Berlin. The current German Minister of Foreign Affairs is increasingly frequently referring to the need of devising a new Eastern policy. We could become the architects of this policy, why not? The Lithuanian-German cooperation based on a multilateral approach has the potential of becoming one of the pillars reinforcing the economic, cultural, and security cooperation within and outside the EU. Trust and partnership between Lithuania and Germany can become a new example of regional cooperation and a guiding star for other EU and transatlantic formats, in which Lithuania will play a proper role.

The initiative of the Lithuanian German Forum aimed at strengthening the relations between Lithuania and Germany, apart from maintaining the current status quo of the relations, is designed to prevent deterioration of the situation, should any incompetence of foreign policy actors occur. Through the development and promotion of a partnership based on mutual respect, Lithuania and Germany will work towards finding new themes and forms of dialogue and cooperation that allow for future consolidation of societies and the political and economic interests within the EU.

Who sympathises with German radicals in Lithuania?

Under the guise of their sense of national identity, anti-Ukrainian influence agencies in Lithuania...

Deutsche Welle, German news broadcaster, called the "Grunen", the most successful Green Party of all...

Having gained popularity in Germany, the far right party is seeking supporters in Lithuania as well....