Darius Baronas | ldkistorija.lt
aA
It is believed that already the second Bishop of Vilnius after Lithuania‘s conversion to Christianity could have spoken the Lithuanian language and could have been of Lithuanian origin. It took merely one or two generations for the Church to become deep-rooted in Lithuania. 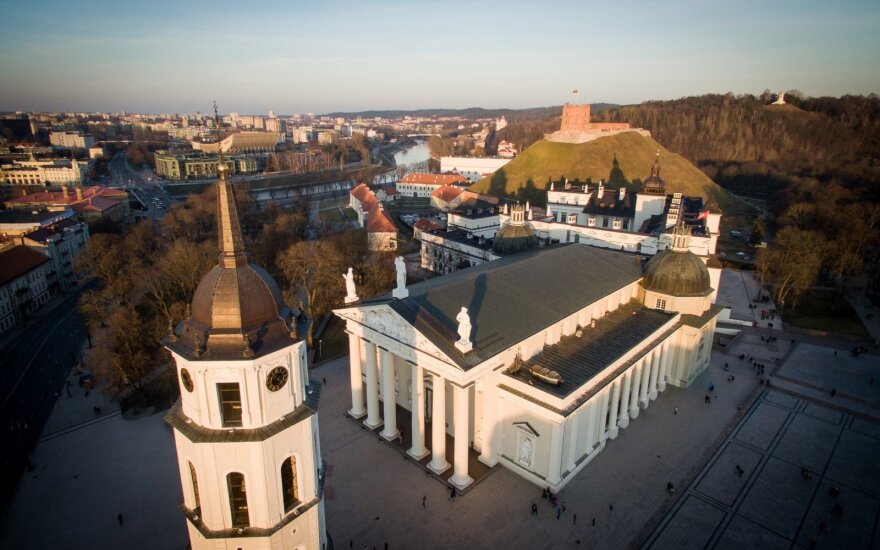 The first bishops of Catholic Church in Lithuania appeared under Mindaugas rule. Shortly after Mindaugas adopted baptism, in the same year of 1251, Pope Innocent IV agreed to establish a special Archdiocese of Lithuania. Priest Christian, who had taught Mindaugas the truths of faith and was a member of the Teutonic Order, was consecrated the first Bishop of Lithuania by the papal bull. Due to various complicated circumstances, the Bishop's ordination was held only in 1253. Little is known of Christian's activity in Lithuania little, but it seems that he could have occupied the See of Lithuania for some five years. At this period, however, Christianity acquired no firm footing in Lithuania proper. It was embraced only by Mindaugas and his immediate friends. Furthermore, a powerful invasion by Tartars in 1258/1259 shook the still fragile foundations of Catholic Church in Lithuania. From the year 1259 up until his death in 1271, Bishop Christian was actively pursuing his ecclesiastical activities in Germany. In a similar manner, the efforts to establish himself in the lands of Yotvingians and Lithuanians by the Polish Dominican Vitas, consecrated as Bishop in 1253, were doomed to failure. Because of unbearable conditions, he was exempted by the Pope from the obligation to reside within his archdiocese in 1255. The life-stories of these bishops illustrate a failed experiment introduced in the mid-18th century, targeted at strengthening Christian faith and the concept of European power and politics of that time in Lithuania.

Related articles
The last medieval dukedom: the coronation of Mindaugas
Medieval Lithuanian princesses in foreign countries – diplomacy of men and stories of women

The first Bishop of Vilnius: a mission in between 'the shadows of Paganism'.

Their successors, who had to face a similar challenge more than a hundred years later, fared better. This is reflected by the life story of Andrzej Jastrzębiec, the first Bishop of Vilnius. Even as a young person, he earned his fame a preacher. Little is known of his youth. Most likely born to a peasant family, he joined the Franciscans and quickly rose through the ranks of the order. There is no accurate data on the place and time of the Bishop's consecration. Researchers come up with different hypotheses as to where and when it happened. Presumably, Andrzej made himself known in the 60-ies of the 14th century, when the Franciscan activities became more intensified in the expanses of Eastern Europe. Presumably, he was a member of the Krakow's Franciscan Brotherhood back then, soon to become confessor to Elizabeth, mother of the Hungarian King Louis I the Great. Close proximity to the royal court made him nominee to become Bishop of the newly established Diocese of Zereth, Moldova, in 1370. Consecrated as Bishop in 1371, due to complicated circumstances he could not settle there to attend to his duties as Bishop (like in the case of Christian or Vitas), therefore starting with the year 1372, he conducted pastoral duties in the Archdiocese of Halicz, former territory of Poland, closer to the other lands of Rus, which were under Lithuania's rule. Having returned to the Kingdom in Poland in about 1376, he served as auxiliary bishop of the Archdiocese of Gniezno (suffragan), and assisted the Archbishop Bodzenta during the baptism of Jagiello. In all likelihood, Andrzej made the personal acquaintance of Jagiello namely during this historical event. Experienced in missionary service, Bishop Andrzej ideally suited the task of Christianization of Lithuania and the establishment of Vilnius Archdiocese. The Bishop's transfer from Diocese of Zereth to the newly established Vilnius Archdiocese was the concern of the Polish Queen Jadwiga.

The establishment of Vilnius Archdiocese was proclaimed by the Papal bull of 12 March, 1388. Instead of Pope Urban VI, these arrangements were implemented by the Papal legate, Dobrogost z Nowego Dwóru, Bishop of Poznan, who ordained Andrzej as the first Bishop of Vilnius. Manifesting the zeal, which was characteristic of Franciscans, Andrzej took up the task of evangelizing Lithuania. His efforts were supported both by Jagiello and Vytautas. This is illustrated by the General Privilege of both rulers saying that considering "the stability and heartiness, characterized by extraordinary dedication, in conducting redemptive works of mercy and redemption, which show the love of our Father in Christ, that the Bishop of Vilnius Andrzej performed in converting the Lithuanian nation from wandering in the shadows of Paganism into the cognition of Catholic unity", he is granted the income of 200 silver bars per year (1397-05-20). The Bishop might have encouraged Jagiello and Vytautas to establish the Franciscan monastery in Lida later that same year. The following year, Bishop Andrzej completed his earthly journey. He is buried in Vilnius Cathedral, under the floor of the chapel set up by him.

Lithuanian roots of the Church hierarchs

Yet another Franciscan, Jacob Plichta, was to become heir to the Vilnius Bishop. If it is presumed that Andrzej could have spoken Lithuanian, there are no doubts in the case of Jacob. It was namely Lithuanian language proficiency and knowledge of local conditions that made the Vilnius Cathedral Chapter take the decision, with Jagiello's approval, to choose Jacob as their Bishop. The statement that "he belonged to the same nation and language" suggests, at least to some researchers, that he must have been of Lithuanian origin. Jacob obtained his education in the Krakow Franciscan Monastery, where he served as a lecturer. At the time when he was elected Bishop of Vilnius, Jacob was Franciscan Vicar of Lithuania. This means that he was responsible for the missionary activities of Franciscans and a close ally to Bishop Andrzej. Having been elected Bishop, he was requested by the Vilnius Cathedral Chapter not to violate the existing privileges they were entitled to and not to treat monks as protégés. The request reflected not only the competition, quite frequent among the diocesan priesthood and monastic clergy of that time, but also the transition of Lithuanian Church from the missionary stage to a stable position. High-ranking clergy of local origin was a sign that the Church was taking root in society. Upon Bishop Jacob's death in 1407, the Bishops of Vilnius were no longer chosen from among the fully professed monks. Shortly afterwards, only citizens of GDL could be elected as Bishops.

Unlike in the Archdiocese of Vilnius, the missionary stage in the Samogitian Diocese was less pronounced because its first pastor was a clergyman coming from Vilnius. In the documents of that time, he is described in most cases as being of Lithuanian nationality or of Lithuanian origin (nacione Lythwanus; origine Lytwanus). Such descriptions should be interpreted more from the political and civic perspective, rather than from the ethnic point of view. It is in line with the message left by the Polish chronicler John Dlugosz, namely, that the father of Canon Matthew of Vilnius was a German merchant, who had moved from Livonia to settle down in Vilnius. Such data suggests that Matthew might have come from the Vilnius community of German Catholics. He is believed to have spoken both Lithuanian and Samogitian languages. This was a great advantage to a clergyman who had received a master's degree from Prague university. He was consecrated in Trakai as the first Bishop of Samogitia in 1417 by the Archbishop of Lviv John and the Bishop of Vilnius Peter, both of whom were authorized by the Council of Constance. Upon the death of Bishop Peter, Matthew returned to Vilnius and served here as episcopate until his death in 1453. Mikołaj of Trakai was appointed as his heir. The above mentioned and other high-ranking ecclesiastical figures of the Lithuanian Catholic Church give sufficient proof that it took one or two generations for the Church to take deep roots in Lithuania. In a similar manner, it rapidly took its roots in other European countries, which had adopted Christianity much earlier in history, compared to Lithuania.