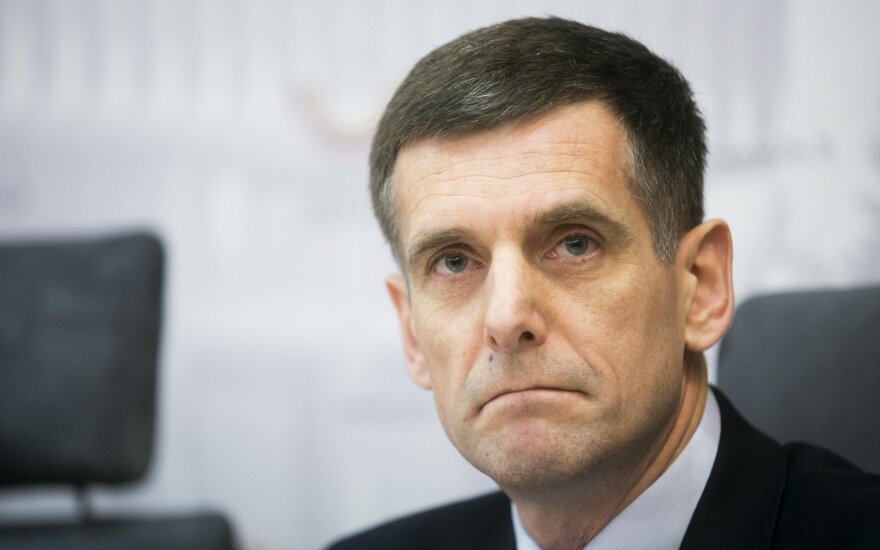 Numerous politicians and diplomats have said several times that despite the fact that we have reached our goals with hard work, once we became members of NATO and the European Union, we have lost ourselves. Many have raised the question about our future goals. Foreign policy focused political establishment has focused on topics of success. They did their jobs and received awards. However, that was twelve-thirteen years ago...

Cultured politicians and officials who were our allies, were not jumping to educate us publicly and it does not mean that we can abandon our daily yard routine and everyday issues when we get to our safe democratic village. It is true, however, that an ally, which appeared just now reminded us of this, was straightforward and open. On the other hand, we have forgotten the obvious, those who don‘t take care of themselves, if a need arose, doubtfully would care for their neighbour as well. No ally would like if a member of the alliance would fail to come to their aid.

And here – the year 2017. Only because of the regional and geopolitical situation, did our political leadership realise that not only we are late to contribute to our backyard but also the security of the whole village. It appears so that we are still wandering while trying to find ourselves. And when you realise that you don‘t know who you are, or when the majority of the Nation doesn't know a question appears: what and from whom are we supposed to defend.

This is where the fight of ideas and views belonging to the democratic world begins. It is natural that they are exploited by ‘‘non-friends’’ for their own purposes. The more aggressive fight of ideas is, the bigger the acceleration of the radicalisation of the public and opposition. Many spears were and will be broken during the marches regarding the views of family and children. There is no sight for public agreement in both Lithuania and Europe. The starting points and traditions are just too different. The worst thing that is behind these fights – the public‘s loss of confidence in each other and the increase of opposing views. Eventually, the number that disapproves of politicians, government and the state in general increases. And that is a serious issue in ensuring national security. And it lets probably not go into who is this good for.

A natural question arises, how the administrative (I do not want to say in office) government operates in this process? I believe that it keeps the ‘‘central‘‘ position and tries to cater to an unpredictable voter or political decisions that happen outside Lithuanian borders... It would be difficult not to see the width and length of provisions of ideological extremes both in time and content.

So, there is no place for a peaceful and rational evolution of the society. This is where we miss the leadership of our leaders who work not just for the ratings but for long-term set strategic goals, who would ensure a harmonious functioning of the society. While it is still lacking – futuristic and historic ghosts are still at play. Here stands one elect and states: ‘‘Women are supposed to earn less‘‘. And what is the standard reaction? ‘‘Stupid‘‘, ‘‘intolerant‘‘, and others are better left to the imagination of the reader. But what we don’t hear are those who ask, who elected him? Who is he representing? Maybe the whole district thinks (the majority), that women are supposed to earn less?

We have reached a point where to not only have an opinion but actually express it is a privilege. Somehow someone has forgotten that not only those who are privileged but other citizens as well do vote. Then the ‘‘rampage of voters‘‘ begins because only then they can express their opinion, displeasure an even anger. And the easiest way to rile up the voters is by force (through laws) threaten tradition, way of life, without understanding that the change of traditions and customs is a long-term evolution. (It is true, however, that there were attempts to create communism in the last century which had traditions and customs.) These types of stories and the tendencies of current politics reminds us of a joke from the soviet times. How Mongolia became a socialist society going straight from feudalism by skipping altogether the faze of capitalism.

In theory, there will always be more ‘‘traditionalists‘‘ (maybe they can also be called ‘‘rightists‘‘) in society than ones with an opposing opinion or those who are widely called ‘‘leftists‘‘. Usually the speed of radicalisation is maintained by the smaller group. However, the larger group does not leave without a response and the elections do last every four years.

Already after the elections in Hungary, experts and political scientists who look deeper, realised that it is just the start of an ideological transformation. Hungary was the signal that nonstandard processes are happening in our society (people are ‘‘bored‘‘ of something). And it is not only economic but ideological. As usual, at our place the reasons were not as important and we have again chosen the easiest way – that is ‘‘the hand of Russia‘‘.

There is no doubt that Russia is using the weaknesses and flaws of our society to achieve its goals. Especially when we are chasing the cause instead of the problem. I would join the ones who think that the uncertainty in Europe is clear (‘‘Brussels‘‘ for themselves, member states – for themselves, different speed and acceleration). It is not even that important which surname and when will stand at the platform.

It is interesting, how much would Lithuania‘s national security would strengthen as the ‘‘leftists‘‘ of ‘‘Brussels‘‘ create the first speed alongside the ‘‘rightists‘‘ of France and Germany (I will not even guess whether the US scenario will be repeated, I do not know these societies). All is left is to hope that the political leaders of Lithuania have an action plan for this possibility. It is naturally easy to agree with one opinion. But which opinion do we agree with if the highest governing echelon of Europe has two opposing ones, especially from an ideological perspective? How would relations with Poland would improve if Lithuania agreed with European Union leadership‘s for example ‘‘leftist‘‘ values (distancing from the position of Visegrad states) and condemning the ‘‘rightist‘‘ ideas of the majority of Polish voters, which is a strategic partner? This is the question form the perspective of values and the expectations of citizens. I do realise that these puzzles are uncomfortable for our politicians.

When observing the habits of the ones who manage information in Lithuania what was surprising was the strange view of the US Presidential elections and even the aftermath. Unsurprisingly, when we do not understand the processes in here, it is difficult to understand them on the other side of the Atlantic. I believe that the US President understood what the society breathes in and what they want to hear (maybe he himself thinks the same). I will probably repeat myself, but the ‘‘mainstream glasses‘‘ that were given out change the reality, which does not allow the society to adequately and rationally realise the reality. Between illusion and chaos just as between love and hate – only one step.

History always makes nations and states make uncomfortable decisions. Often without compromise, where there is no place for ‘‘diplomacy‘‘ or a third option. Today requires to postpone or even reject ‘‘imposed‘‘ ideological disputes. Because if we get carried away with them, we may lose what we have already achieved.

So, it may be a time to find and drop the anchor for a while. If we have one and if there is someone who can do it...

Lithuania intends to continue the practice started after the annexation of Crimea to send...