The Ball brothers may bring Lithuania more harm than good 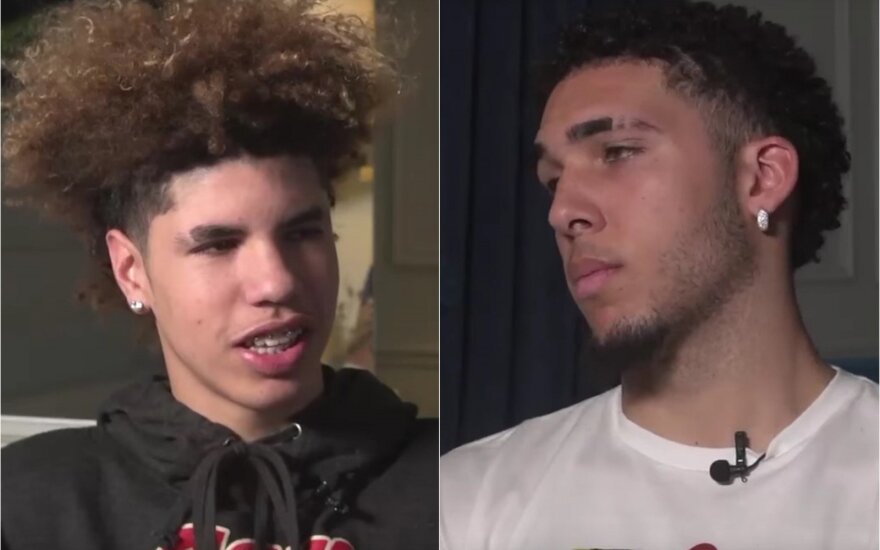 That Lithuania has become the centre of media attention due to the famous Ball brothers has stoked Lithuanians' ego. Nothing surprising, after all it is not every day that you will hear something like "Lithuania-mania" said in a CNN broadcast. However communications and marketing experts warn to not celebrate prematurely and view the situation as more risky than beneficial to Lithuania

Worried about the Borat effect

Just that it wouldn't happen as with Borat in Kazakhstan, a number of communications and marketing experts mention when asked how they view the commotion regarding the Ball brothers and what benefits they can bring Lithuania.

"It was visible from the very start that the Ball brothers viewed Lithuania as a third world country they will go to have fun, find clay huts, long haired camels, toothless grandmothers running around with buckets and they will have fun in that context. Obviously we wish to show ourselves neatly, appealingly, in a civilised, European manner, non-provincially, but they are interested in showing everything as fun as possible, as amusingly as possible, find ways to attract audiences. Thus the main question is how we will manage to match their wishes and perceptions with what we wish to show," marketing expert, Lithuanian Marketting Association (LiMA) board member Rytis Buračas says.

Related articles
Ball brothers see Lithuanian town as a stop on their journey to NBA  (2)
Hour of the star for Prienai: Basketball club welcomes US celebrities  (1)

City marketing expert Marius Vaupšas points out that the Ball brothers are primarily a market brand oriented toward a young, very specific audience and will obvisouly pursue its own goals which may not be beneficial to Lithuania.

"The Ball brothers brand is oriented to cyber space. Look at it from the Lithuanian perspective, who welcomes them: it is Norbertas Pranckus who not only works with Vytautas, but also is a cinema producer, who worked with Emilis Vėlyvis' film Redirected. Knowing this, you can better understand the drama being constructed by the producers. When presenting Redirected, the filming group ran around with a pig in Cannes because they needed to draw the local audience to the cinema halls. Now everything coincided so that this company and the Ball brothers found one another and we are beginning to see their shows. A massive business machine has now been wound up from which I believe Lithuania will only get crumbs and I worry that they may be bitter. We could have similar connotations as with basketball player Denis Rodman or Borat and Kazakhstan. When Lithuania overall lacks a consistent image, it is unlikely that it would benefit us to have the additional perception of a weird country," M. Vaupšas mused.

On the other hand it is also possible to make use of this situation creatively. "Thought should have been put into how to make use of this situation immediately, it is now a little late. But it is a so called parasite strategy, sitting on the famous brand "horse" and "riding" it. But once again, we should not forget the negative connotation: we may attract a part of people, but we will at the same time lose some, thus the question is who we are aiming for," M. Vaupšas says.

Another aspect which interviewed communications and marketing experts agree on is that now the most important task in order for Lithuania to benefit more than lose out is to find a way to occupy the Ball brothers so that they would broadcast that which we want to show to the world instead of heading off into impromptu investigations and finding things we are unlikely to be proud of.

"Now the most important question is what the brothers and the filming team following them will speak and show about Lithuania? Will it be a "country which prays to the religion of basketball" or a "small, boring country lost somewhere in Europe with nothing to do, where winters are humid and cold". One of the main communications goals of any brand or business is to control as much as possible information that is presented outside. Thus the basketball club, the municipality and state institutions linked with Lithuanian communications must aim for the brothers and those accompanying them to have as positive as possible impressions about the country and would communicate it to their friends and followers," communications expert Kęstutis Gečas says.

He is echoed by marketting expert Tomas Nemūra.

"We have to keep in mind that the Ball brothers are more known for their show making, rather than their basketball skills. They are a sort of analogue of the Kardashians in basketball: they don't really play, but talk a lot, many follow them on social media and through this a demand to perform shows everywhere they appear arises. They will certainly go to seek things which would help answer the question of what Lithuania is in various ways: food, infrastructure, leisure, people and such. If we proposed activities, where they could go, what they could see, the narrative could be somewhat controlled, but if they make impromptu visits, it may not be what we want to show everyone," he says.

T. Nemūra reminds of a well-known principle – negative content always spreads more than positive: "It could be that the Ball brothers will seek spicy content in bad terms, taking a mocking tone because they are really pandering to their audience and want to show them something and this will not necessarily be praises how great things are in Lithuania."

Who will be responsible for the Ball brothers to be left with good impressions of Lithuania after all is unclear.

"I hope that the Vytautas club will be an ambassador not only for itself in this case, but also for the whole country. Abandoned buildings, blocks and poverty can be found in any country – what is most important is to not give the impression that it is so everywhere here," R. Buračas says.

Don't forget – not everyone is basketball crazy

Communications expert Orijana Mašalė observes another aspect: while Lithuanians are basketball crazy, that is not the case everywhere.

"Basketball has reached a religious state in only a few countries in the world. It is the favourite sport here and in the Philippines, elsewhere football and ice hockey receive far more attention. Thus seeing all of this uproar, we should not forget that in our bubble it appears that the world revolves around basketball, but that is certainly not the case, thus thinking that we can exploit this for a long time would be naïve," she points out.

"Will be Ball brothers contribute to Lithuania with their fame? Of course yes. They already are – making Lithuania more famous. Only that it is more of a reminder for the world that Lithuania is a basketball country, that is to say it is communicated to basketball fans and about basketball. Once upon a time this message was brought to the world by Š. Marčiulionis, A. Sabonis, now Jonas Valančiūnas, D. Sabonis and others. The Ball brothers will also contribute to spreading this message," K. Gečas says.

Nevertheless that Lithuania reached a CNN broadcast in such a context is, according to O. Mašalė, a major plus.

"This certainly is not a daily occurrence and this example shows how we can make Lithuania known through private initiatives. No state officials or public servants participated here, business simply decided to make a deal and in terms of recognition, there have been undeniable results for Lithuania. If there were more such initiatives, rather than us waiting for the state to act in making Lithuania known, everyone would be better off," O. Mašalė is convinced.

Meanwhile the representatives of the mineral water Vytautas which is the chief sponsor for the club did not hide their happiness regarding the risen sales of their product. According to commerce chief for the Maxima retail chain Vilma Drulienė, in December with traditional holiday sales subtracted, the demand for the Vytautas mineral water spiked surprisingly high and they guess that the main reason for this is the Ball brothers' arrival in Lithuania.

Nevertheless interviewed experts doubt that the rise in sales was solely due to this.

"This December the holidays lasted in essence ten days because many took time off between the holidays, perhaps a presumption can be made that the sales of Vytautas also rose due to this," O. Mašalė guesses.

R. Buračas also did not hide that he believes that the sales rose due to sales motivation, rather than the company's marketing campaigns, especially considering that prior to the contract with the Lithuanian club, the brothers were little known in Lithuania.

"If we were showing Arvydas Sabonis, Šarūnas Jasikevičius or others who everyone in Lithuania certainly knows, if they have any interest in basketball at all, then the results could be believed, but in this case it is a little brave to link the rise in sales with it," he says.

The two teenage sons of LaVar Ball , a flamboyant Los Angeles businessman who has made headlines due...

Hour of the star for Prienai: Basketball club welcomes US celebrities (1)

Prienai, a city in southern Lithuania, is living the hour of the star – it has become the Lithuanian...