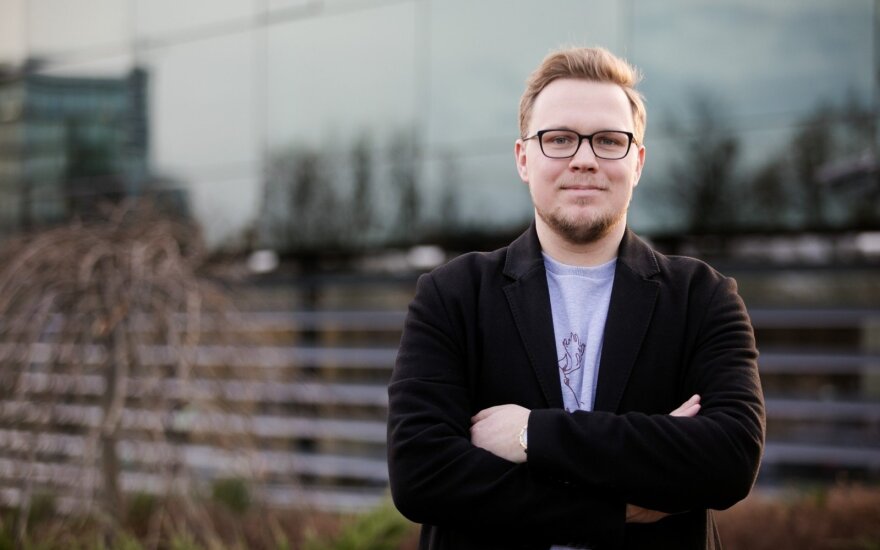 Everyone knows that it is impossible to live in Lithuania. The state will disappear soon because the last person leaving will turn off the lights. Yet people are still coming.

Not just for holidays, but for living too. According to the preliminary data provided by the Department of Statistics, this year is very good after assessing net migration.

During the first five months of this year, almost 16 thousand people immigrated to Lithuania, and 17 thousand emigrated. Moreover, in May, the number of immigrants was higher than emigrants. If you want to say that Ukrainians have come to steal jobs, you are probably wrong. Most of them work only in Lithuania.

According to the trends of the past, about 70 percent of immigrants returning to Lithuania are citizens of Lithuania who have lived abroad. Thus, we can assume that during the first five months of this year, about 10 thousand people returned home, almost the same number as in whole 2017.

Related articles
Junior entrepreneurs gather for Innovative Business Fair in Kaunas
Economists: Lithuania has not been this well off for hundreds of years

And the rate of emigration has decreased by about a quarter in comparison of the first five months of this and last year.

These are short-term trends that do not allow popping the cork on champagne yet. However, the figures are reflected in real life, which for many of us is rapidly improving. Whether you want to acknowledge it or not, but it's not surprising that people are coming back. And there are many reasons for this.

Although there is a sense of panic, when some employer puts a part of jobs where it is cheaper, but often A is said and B silenced, and does not want to rejoice at what the proclamation says. He says we are no longer cheap labour.

It does not make sense to create silly functional jobs for us. Moreover, it is often missed that, while certain functional positions are raised every week, other, better qualified and better skilled and paid jobs are retaken every month.

Therefore, living in Vilnius or Kaunas for many young professionals is much more worthwhile than, for example, in London. Of course, rising to MD level in Goldman Sachs, you can earn more than most top managers in Lithuania. However, thinking realistically, you will neither be an MD, nor will you enter GS. Therefore, it is definitely better to live in Vilnius or Kaunas than in London.

Although five years ago, such statements were scandalous, today an increasing proportion of young people support them. Everyone has learned to count and knows that even with a relatively simple job and earning a standard city salary, in just a few years you can easily get into a comfortable life.

If you do not believe, then turn on Instagram or Facebook and see where your 20-year-old friends spend their holidays. Five or ten years ago to travel to Vietnam was thought to be luxurious. Today every youngster working for Western Union can have a long weekend off in Maldives or Bali.

I feel left surprised amongst the circle of friends when they tell about their trip to Tahiti with booked Gulfstream 650 and later followed ride on the back of the dolphin to Bora Bora.

Although it is said that the Euro the prices have, the real perception of money with the Euro has disappeared. Denominational effect, when lower denominations but higher value currencies tend to be devalued, has been overwhelmed by our nation. What used to be several thousand litas, today is funny money, which makes it hard to go to work conversation.

An average citizen currently lives the best in a long history of the country. We have never been so educated, wealthy, socially guaranteed and civilized. And precisely, the last points for returning emigrants sometimes is even more important than salaries.

The growing generation of independent Lithuania has become civil and political. The fact that the Conservative leadership, with its constituency base, is obliged to constantly communicate through social networks, shows the average target voter.

Typical conservatives, like the ones in the United States, should have their Television, which is focused on the elderly. And their ratings would only be supported by the fact that some of the audience would have already died of watching this Television and left it on.

However, conservatives communicate with us through social networks. Because even for them, not only for the liberals or the central party, the young generation is very important. The days have passed when only retired people, whose voices were taken by the masters of social policy engineering, counted. And, although recent elections have shown that not only urban demography is important, it does not fundamentally change that. Young people are also actively involved in voting.

We also have an extraordinary need for our responsibility. Violence in the family, and especially against children, usually leads to reforms and rolling heads. Of course, it is not always good that these reforms are not started because they are well thought out and necessary, but only so more heads do not fly. That is why the reforms cannot be implemented later due to lack of resources. However, the general standards of responsibility in our society are extremely high.

What is said about the political affair of the Age and the scandal associated with it, in most Western countries would be called as normal lobbying with some criminal elements.

What the West (not the Eastern Block, which we are no longer even interested in) are accustomed and reconciled, we condemn frankly.

Or peaceful mass protests against the proposed legislative changes, which often lead to positive changes to the public interest.

It is an example of a living state and democracy. When not only the top, but the whole society, engages in the decision-making process.

Lithuania is a fully-fledged Western state. One we could only dream about twenty years ago. Therefore, people are returning home. Because living here is wonderful and good. Yes, there are problems and there will always be something. There is no place in the world where people would be universally happy and wealthy and would not have any negative reproaches to the authorities.

Immigrant flows will grow in Lithuania. And the demographic crisis that we are now afraid of will turn away from emigration towards an aging society - this is one of the main problems of strong economic countries.

Maybe it will finally stop trying to change the migration decisions of the global trends and start concentrating on important things.

Yes, some of us refuse to believe in growing well-being.

Still others do not really feel it. But a high standard of living and stable migration is just a matter of time. Nobody will escape a better life in Lithuania.

Kaunas is proud of being one of the host cities and presenting itself as a capital of technologies! It...

The latest global trends in competitiveness are not showing anything miraculous. What are leading...