(1)
the Lithuania Tribune, DELFI
aA
Productivity in Lithuania compared to Western European economies remains abysmally low. One of the ways to approach the problem could be by looking into ways to extend the population's life expectancy, say international experts. 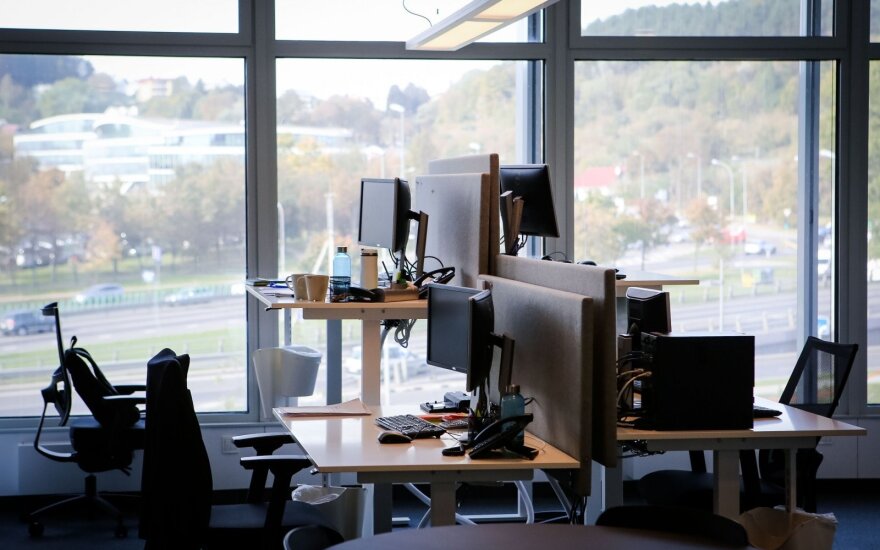 "Life expectancy is an indicator that shows the quality of a workforce - is it healthy? how long can it perform the function? Most studies that look into economic growth issues put those two indicators together," Ara Stepanyan, chief economist at the IMF's Europe department, said explaining the link between life expectancy and productivity.

Decisions aimed at extending life expectancy of a population often contribute to a better outlook for economic growth, he said.

Since the financial crisis productivity growth slowed significantly across most advanced and emerging economies including in the Baltics and Central and Eastern Europe. Some of the factors that may have boosted productivity before the crisis, such as potential growth in
Western Europe and expansion of global trade and supply chains, appear to have stalled or gone into reverse after the crisis according to the IMF.

In addition, Baltic and Eastern European countries are facing some of the worst declines in the working-age population in Europe, reflecting both unfavorable demographics and emigration—a trend that is expected to continue or worsen according to the IMF.

Lithuania's gross domestic product (GDP) is going to grow 2.7% this year, the IMF believes but most other countries in the region are expected to show similar results approaching 3%.

"Most economies in the region grew between 2% and 4% last year. An exception was Russia where GDP dropped 4.7%. The IMF projects that the Russian economy will contract this year, too, by about 2%, but the country should get out of recession by the end of the year," said Anna Illyina, head of the Emerging Economies Regional Studies Division at the IMF's European Department.

She said that the recovery cycle after the 2008 global downturn is almost over in most countries in the region, including in Lithuania. One of indicators of that is that unemployment is nearing its pre-2008 level.

Ilyina insisted that what allowed the countries in Central-Eastern Europe return to growth and bounce back from the recession was putting their public finances in order. If budget deficits before the crisis averaged 12% in the region, that figure has now fallen to 2%.

"The biggest threat to the majority of the countries in 2016 will be stagnation in the eurozone, while the refugee crisis or populists in government should not cause particularly big problems," she said.

Economist Jiri Podpiera of the IMF's European Department said that all the countries in the region are seeing a decline in working-age population. In Lithuania, however, the decline is particularly acute, at about 2% per annum.

"Countries that want to avoid that decline should increase labour supply. The Baltic States can still make use of the people who don't work at the moment," according to Podpiera.

Another way to tackle the problem is raising the quality of workforce, he added. Education levels in the Baltic States are high enough, according to him, so the thing to concentrate on is making sure that people's skills match demands of the market.

Podpiera said that he is particularly surprised by the low level of investment in Central and Eastern Europe.

"In most countries in the region, it [investment] is below the European Union's average, even though judging by economic outlook, it should be higher," he said.

One of the reasons behind this is the relatively low level of household saving. Without saving up part of their income, households have nothing to invest, he explaind.

"Compared to developed Western European economies, the level of productivity in the region is very low," Stepanyan said during the presentation of the IMF report.

One of the main reasons for that, according to IMF research, is that Eastern Europeans are not making full use of technology that is available. Low levels of household savings are behind the inability of many Lithuanians to invest in the latest technology available.

"In Lithuania, productivity could be raised by tackling the issues of financial services accessibility and government efficiency," Stepanyan said.

"Overall in the Baltic States, the greatest benefits could come from extending life expectancy," he added.

To catch up with Western Europe, the Baltic States and Eastern and Central European states will have to consistently hit higher productivity growth rates than their Western neighbours and the IMF were clear the key was to doing this was to address structural and institutional barriers that prevent the efficient use of available technologies, or lead to inefficient allocation of resources.