BNS EN
aA
Carl Bildt, a former Swedish prime minister and foreign minister, says that people in other parts of Europe know too little about the history of Lithuanian partisans who fought against Soviet rule. 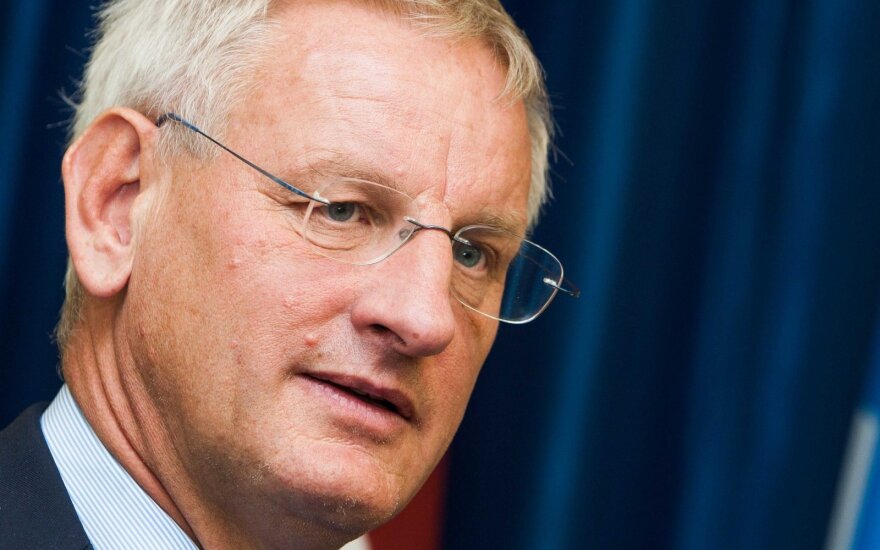 According to Bildt, the history of anti-Soviet resistance in the Baltic states was hidden for too long.

"The history of the Forest Brothers is a part of the modern history of our part of Europe. Was hidden for too long," he posted on his Twitter account, which has over 600,000 followers.

Related articles
Russia, enraged by NATO film about the History of the Baltic States, insults partisans
Russia couldn't find a future but wants to manage the past

Partisan units began to form in Lithuania in the late summer of 1944. Around 30,000 men were involved in the guerilla war across most of Lithuania's territory, except for cities. The organized armed resistance against the Soviet occupation ended in the spring of 1953.

NATO has recently released a short documentary, titled "Forest Brothers   -- Fight for the Baltics", to present the anti-Soviet resistance movement in the Baltic countries.

The resistance members were portrayed in Soviet propaganda as Nazi collaborators and criminals. The Russian Foreign Ministry has recently brought back these arguments in its criticism of the film.

Lithuanian officials have responded to the criticism by underlining that it was the Soviet Union that collaborated with the Nazi Germany at the beginning of World War Two and that the guerilla war was waged after the Nazi regime was defeated.