Supporters and critics of Poland clash in European Parliament 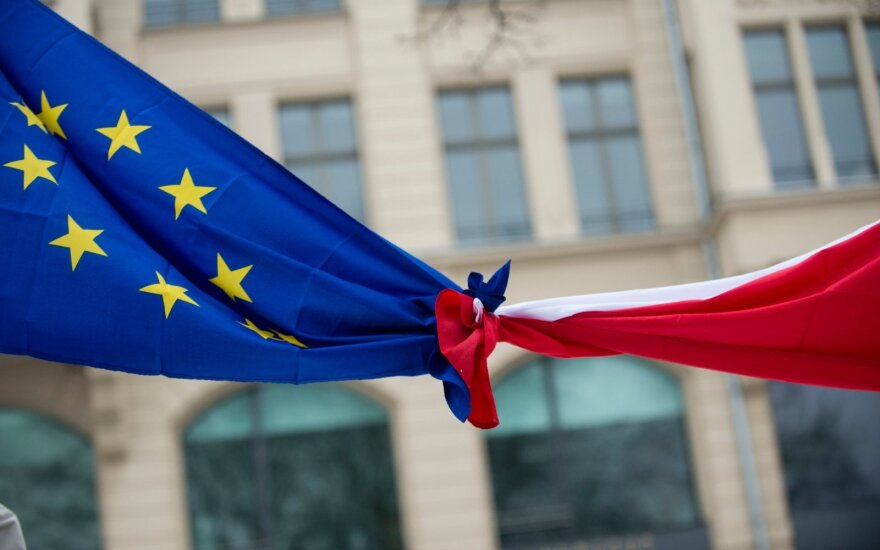 “Poland had Europe's first constitution [in 1791], for Poles constitution is sacred and it hasn't been breached in the recent times” said Beata Szydlo, Poland's prime minister, with confidence at the European Parliament in Strasbourg, addressing representatives from all the main decision-making bodies of the European Union.

She was far from the only one making historical references and parallels, but it did not convince the European Commission or media watchdogs that the recent reforms in Poland have been carried out with respect for the rule of law.

The European Commission, the EU's executive arm, has sent three requests for clarification regarding new laws concerning the constitutional court and public broadcasters, passed by the ruling Law and Justice (PiS) party. First having denied that she will explain her policies to the European Parliament, Szydlo eventually took part in a heated debate which extended for several hours and swallowed the time initially designated for a press conference.

With the enthusiastic support of the Hungarian government and British conservatives, the Polish government is treating the current scrutiny of its legislative changes as if it was doing the Commission a favour. In Szydlo's view, there is no point in spending so much time discussing Poland, when Europe has so many pressing issues to grapple with. Summing up the debate, she confidently said she did not hear many difficult questions from European politicians and will go home with an “impression that there are no problems”.

Lithuanian MEPs did not speak during the session, but the former Lithuanian president, now MEP Rolandas Paksas voiced strong support for the Polish government. “Today Poland is under attack. Whom will federalists attack tomorrow?” he wrote. Meanwhile, on January 15, the Lithuanian Nationalist Union (Lietuvos Tautininkų Sąjunga) in Vilnius organized a press conference and a demonstration in support of the decisions in Poland.

“We never tried to seek a majority in the constitutional court. Eight out of 15 judges will be chosen by the opposition – we acknowledge its rights, which shows how different we are from the previous coalition government,” Szydlo asserted at the European Parliament session. In several other instances, she claimed that her government was not doing anything unusual – the media laws, too, aim to break the link between regulatory boards and the management of public broadcasters. 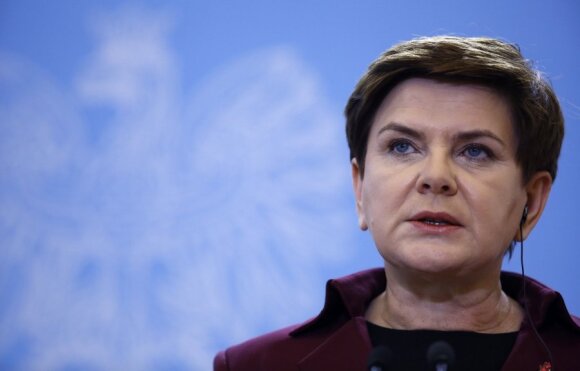 This is the first time the Commission has invoked Article 7 of Lisbon Treaty to scrutinize a member state. The article's first version appeared in 1999, in preparation for the accession of 10 Central and Eastern European countries, as some older members doubted the democratic capacities of these countries. As the situation unfolds, many continue making references to authoritarian pasts and 'Easternness' in Poland as well as Hungary, which has been subject to similar criticism.

Yet the reformist conservatives in both countries have loyal friends far beyond the region. For example, Nicolas Bay, a French right-wing MEP from the Europe of Nations and Freedom group, praised the emerging “consistent block refusing globalization” in Eastern Europe and welcomed Szydlo to the European Parliament saying, “After Viktor Orban, you come here to defend your country against crazy decisions of Eurocrats.”

“The principles on which we are building our media system are the same as in Italy, for example,” Szydlo told the European Parliament. Few would consider that post-Berlusconi Italy is an example to follow, but Szydlo's argument plugs into criticism by those who consider the EU institutions to be unfairly targeting Central and Eastern European countries.

Media watchdogs, including Reporters Without Borders, the European Broadcasting Union and the Association of European Journalists, have condemned the changes. Mogens Blicher Bjerregård, the president of the European Federation of Journalists, warned of a slippery slope if Poland gets a free pass, citing Italy's example specifically.

“In 2003, the EU allowed the then Italian Prime Minister Berlusconi to control the media in a way that Italy, if it had been at the time an applicant country, it would not have fulfilled the criteria for becoming an EU member,” he wrote.

Both Polish and international policymakers appear to be competing to see who can use historical references in the most poignant way. Poland's justice minister Zbigniew Ziobro bragged of his grandfather's brave fight against “German oversight” during World War II.

According to Foreign Policy, two pro-government weeklies in Poland portrayed the German chancellor Angela Merkel as Hitler and as a Prussian participant in Poland’s 18th-century partition. Poland’s foreign minister even summoned the German ambassador to complain about the behaviour specifically of German politicians.

When the EP President Martin Schulz, a Social Democrat from Germany, described Poland's recent reforms as a “coup”, critics also made references to his nationality.

Syed Kamall, a conservative British MEP of the European Conservatives and Reformists faction and Szydlo's staunch supporter, asked the chamber to “consider your reaction when a German politician goes on the media to talk about elements of a coup in Poland, comparing the Polish government to Vladimir Putin” - referring this time to Guy Verhofstadt of the Liberal group. In his statement to the media ahead of the EP debate, Verhofstadt expressed his “faith in the Polish people”, who “gave rise to Solidarnosc” and begged the prime minister to change her course: “Don't be a puppet in the show mastered by a back stage man. Be yourself.”

Giani Pittella of the Socialist group of the European Parliament called Poland one of the “pillars of the EU” and a “shining example to all of us” in its struggle against totalitarianism, but as he expressed solidarity with “thousands of Poles who took to the streets this week to defend freedom and democracy”, laughter could be heard in the chamber.

Although the EPP criticized the Polish government's decisions and even sent a non-German spokesperson to avoid hearing yet another reference to the speaker's nationality, it is known to have played a role in suppressing similar scrutiny of legal changes, introduced by PiS' ally Fidesz in Hungary. Last year the liberal group in the European Parliament tried to initiate a similar procedure in the European Parliament, but conservative support for Hungary ensured that the EP voted it down.

Poland's PiS is a member of the European Conservatives and Reformists group (along with the Electoral Action of Poles in Lithuania), whereas the Hungarian Fidesz belongs to the powerful centre-right European People's Party (EPP) – the largest political bloc in the European Parliament. Hungarian MEPs hold important posts in the EPP, including vice-chair of the faction and committee vice-chair. The European Commission managed to start infringement proceedings against Hungary for other issues – the independence of its central bank.

These exchanges are embedded in other sensitive negotiations among various political players in Europe in the face of ongoing crises. Poland is campaigning for permanent deployment of NATO troops in the country. According to the Times, a deal was recently struck with the UK for military cooperation – just as Poland dropped its opposition to regulations concerning allowances for migrant workers in the UK. Politicians claim these two decisions are unrelated.

Poland and EU at odds: an uncomfortable position for Baltic States (1)

The return to power of the PiS, the self-proclaimed Law and Justice Party, in Poland has become a...