Struggling coalition has Landsbergis‘ attention – if we are invited to negotiate, we will go prepared 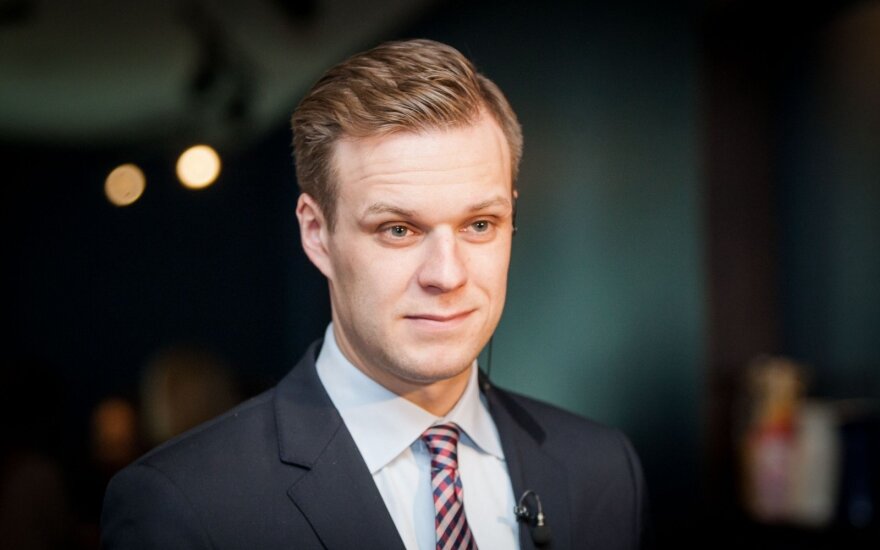 Commenting on the current situation TS-LKD leader Gabrielius Landsbergis said on Žinių Radijas that faith in the “Farmers” is wavering due to scandals and failing to accomplish promised goals.
“The people were really hoping for faster reform, clearer guidelines as to what will improve. Now we have gone from a plan to a project, from a project to a new plan and we have still yet to see any clear breakthrough,” the Conservative leader said.

Regarding the recently surfaced talks that even the “Farmers” do not deny (that supposedly there have been discussions on the future of the coalition, if even now “there are issues already at the first real question), G. Landsbergis says that it is still early to tell, whether the question of forestries will be the straw to break the camel’s back.

The conservative points out that even larger tasks await, including higher education reform, which will prove even more painful and that he concurs with S. Skvernelis that the Social Democrats will struggle to defend remnants of nomenclature. Landsbergis questions whether the majority is working for a modern, Western Lithuania and accountable governance or whether old traditions will be left. He stressed that the coalition could break down if such a dissonance of principles deepened.

When asked if the TS-LKD is already prepared and has considered entering new coalition discussions with the “Farmers”, Landsbergis admitted such a possibility has been discussed within the party. He stressed that Lithuania does not have the luxury to witness another four years of decline and his party is ready to negotiate, if invited. At the same time he also stressed that his party is in no rush to obtain authority and it is up to the “Farmers”, as the largest party in Seimas, to invite new partners, if they wish to.

The coalition’s foundations revealed deepening deterioration during the Thursday deliberation of forestry reform in Seimas.

Following it the “Farmers” gathered in a surprise group meeting where they discussed what actions to take and how to react to social democrat statements. No-one among “Farmer” management was willing to comment in more detail, what decisions were made in the meeting. According to information obtained by LNK television, the question of the coalition’s future was raised in the meeting.