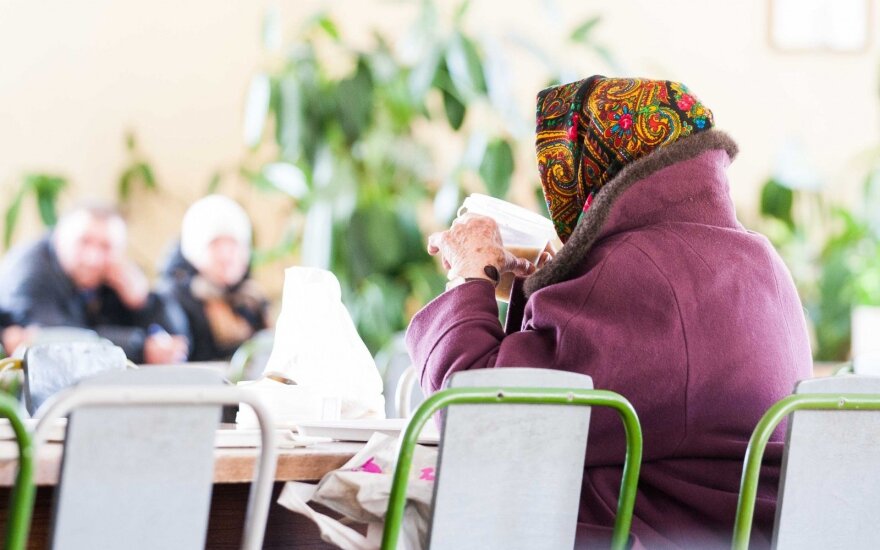 The rise of radical figures in the United States and Europe shows that there has been a failure of solving various social problems and if adequate attention is not paid to them, serious threats could arise to state security. This was outlined by Eglė Murauskaitė, an expert of international security and unconventional threats working in the Maryland University ICONS project, who spoke in a Lietuva3 project discussion.

Vilnius University Institute of International Relations and Political Science deputy director for studies docent Dr Margarita Šešelgytė stresses that with society changing, there are changes to the concept of security and its scope.

“Barry Buzan’s book People, States and Fear outlines that we cannot look at security traditionally, view security just as a matter of states and think that it can be ensured through just military measures. It is stressed that security is comprised of various levels and sectors. He pointed toward the political, economic, environmental, societal and military security sectors.

Society is changing, as are security threats, new domains are emerging – the information, cyber domain. These domains are becoming new sectors where threats manifest,” states M. Šešelgytė.
Meanwhile E. Murauskaitė notes that currently a large portion of the public feels insecure and unheard. In many countries a split is visible between the capital, larger cities and regions.

“It is not just a problem in Lithuania, Western European states and the US are faced with it as well. Social stratification is rising and state institutions, those massive bureaucratic titans are usually incapable of adapting rapidly enough to offer support. A result of this – both the rise to power of radicals in the United States and the concern for the increased frequency of this happening in Europe.

All of this has an influence on security on the general level of its definition. We can see that the temperature has risen to such a point that such radical individuals receive such widespread support. If we do nothing, do not dedicate adequate attention to the problems which cause such things, we will be faced with far more serious security consequences,” spoke Murauskaitė.

According to M. Šešelgytė, the person of the new President of the United States Donald Trump is very important in the activation of NATO article five, if Eastern European states were attacked, but it is not the only figure.

“The US is an old democracy and has a strong system of checks and balances – the Congress, the Senate, the advisor team. Systems are not so simply dismantled – usually it is not the system that breaks down, but that which seeks to crush it. A NATO refusal to defend, say, the Baltics, would be the end of the Alliance. Neither the US, nor other NATO members are interested in this happening.
At the level of elites, this wish and commitment is strong. But intentions are one thing, capacities are another. Everything would depend on the specifics of the conflict and the capacities available. Another important aspect is public support because politicians depend on their electorate – by making decisions they have to consider what will happen during elections, when the public goes to vote. This would be a radical, but possible scenario,” said the political scientist.

E. Murauskaitė notes that currently the extent of responses to hard to define threats is a large concern.

“In the university we create crisis scenarios for various US institutions and observed that currently there is a great deal of concern on how to effectively respond to so called “grey zone” crises. This is the sort of conflict that does not reach the level of NATO article five – constant wide spectrum pressure, for example various provocations, information and economic warfare.

Our Western allies often find it unclear, what form of help we would want to receive under such a situation. States try to deal with such problems individually, there is no collective NATO response to them. But there are concerns that it is gradually dulling the reliability of such organisations, the trust that under a greater crisis, collective action will be taken,” states E. Murauskaitė.