the Lithuania Tribune, LRT
aA
With a slow but steady rise in their poll ratings, the Peasant and Greens Union have been seen by analysts as a rising star in Lithuania's politics even before it snatched one of the most sought-after political newcomers, unaffiliated Interior Minister Saulius Skvernelis. 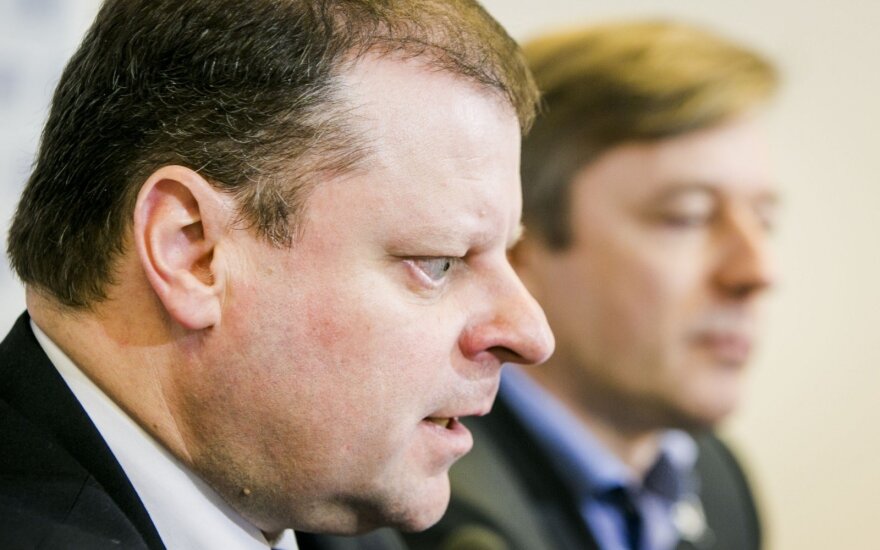 Despite recent scandals affecting the governing coalition, there has been little change in the poll ratings of the government parties among voters. However, political analysts are heralding the rise of a dark horse in the Seimas elections – Ramūnas Karbauskis and his Lithuanian Peasant and Greens Union, which is nipping at the heels of the Labour Party and the Order and Justice Party.

A poll commissioned by Delfi and carried out by Spinter Tyrimai, showed 19.6% of respondents would vote for Prime Minister Algirdas Butkevičius' Social Democratic party if the Seimas elections were to be held now.

The Liberal Movement, led by Eligijus Masiulis, would get a 14.2% share of the votes, while the conservatives, led by Gabrielius Landsbergis, would receive 10.5%. The Order and Justice party, led by Rolandas Paksas, and the Labour Party, led by Valentinas Mazuronis, were neck and neck receiving 7.4% and 7% percent respectively and those two were closely followed by Ramūnas Karbauskis' Lithuanian Peasant and Greens Union with 6.6% of the voters’ preferences.

The Greens are the election's dark horse

“There are no fundamental differences in the parties' positions, except maybe the Lithuanian Peasant and Greens Union, who are worthy of attention because they have caught up to the Labour Party and the Order and Justice parties in the ratings,” said Vilnius University International Relations and Political Science Institute professor Mažvydas Jastramskis. 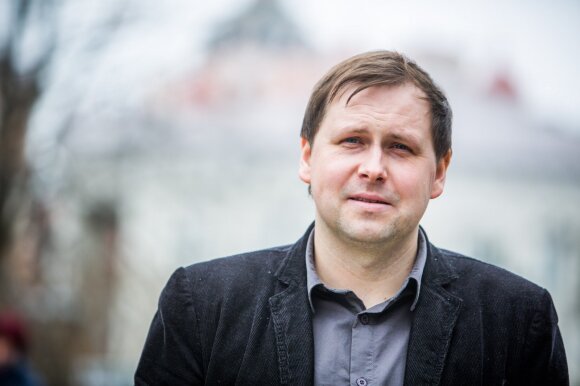 “It's still too early to talk about their potential because the party has only recently approached the 6-7% mark, they're a sort of dark horse,” said Jastramskis.

Their underdog status could change, however, after the party signed up Saulius Skvernelis, Lithuania's massively popular interior minister who has reportedly been courted by both Order and Justice and the Social Democrats.

"The ratings of the Peasant and Green Union are likely to grow and cross into double digits. If it happens - and it is possible now with Skvernelis on board - we'd have an entirely different situation," Jastramskis said.

But even before that, the party's rise has been determined primarily due to the leader's work over the past year on the crisis with alcoholism in Lithuania, which has become increasingly high profile over the past six months.

Jastramskis also said that the growth in the party's ratings coincided significantly with Karbauskis' rise as a well-liked politician.

Voters' search for an alternative to the Labour Party and the Order and Justic Party could also have contributed to the Lithuanian Peasant and Greens Union's rise in the ratings, said Jastramskis.

“Those who, for one reason or another, don't want to look to the right can find the Lithuanian Peasant and Greens Union, which has a certain foundation on values – unlike the populists, they have a certain orientation in their policies,” he said.

The Order and Justice party, which has recently found itself mired in scandals, has been handed grim forecasts by analysts, who believe that the party may not pass the 5% mark.

According to Jastramskis, the Order and Justice party had already had a worse-than-expected performance in the last Seimas election. Therefore, he believes that, after the scandals and Paksas' removal from the party's ballot, the ballot boxes will see less of those potential voters who expressed support for the party in polls. Jastramskis believes that, in this context, the party's position at about 7% in the ratings is a bad sign for it.

They've avoided scandals and are popular with many

Vilmorus public opinion survey centre director and sociologist Vladas Gaidys said: “They have caught up with those two parties very steadily, consistently, with very few controversies – and their rating is fairly stable. Their growth is stable and without significant fluctuations, while the Labour and Order and Justice parties depend on events,” said Gaidys.

Gaidys also explained that the Lithuanian Peasant and Greens Union's leader, Karbauskis, has enjoyed an imperceptible climb in the ratings to become one of Lithuania's most popular politicians.

Several years ago it was not the case, but now certain polls have Karbauskis ahead of the country's most popular politicians. 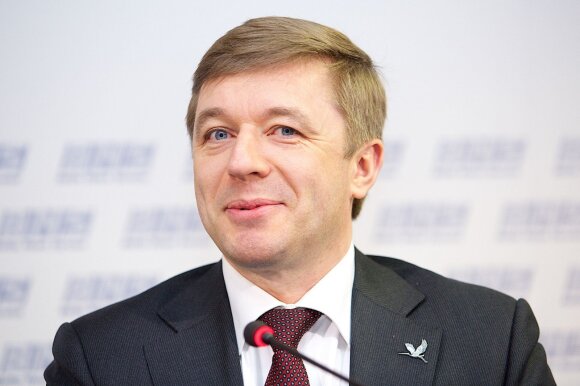 In February, a poll indicated that Karbauskis was the fourth most popular politician in Lithuania with an approval rating of 43.5%, with only 13% of voters holding a negative view of him. Ahead of Karbauskis – were Minister of the Interior Saulius Skvernelis, Prime Minister Butkevičius, and president Dalia Grybauskaitė. However, Karbauskis' ratio of positive to negative responses was even better than Grybauskaitė's.

“You don't see that party much in the news, which is very important, but it seems like their work in the regions and their impressive projects are bringing about results. Another characteristic of the party is that they don't have any scandals or incidents. Under certain circumstances, many other parties' electorates could vote for them,” said Gaidys.

Butkevičius not popular in Kaunas

When the pollsters asked which politician or public figure would be best for the Prime Minister's position, 29.2% of respondents named current Prime Minister Butkevičius. Egidijus Masiulis came in second with 8.9% and his party colleague, Antanas Guoga, came in third.

Butkevičius was favoured received by city residents, except in Kaunas, as well as residents of towns, people of middle or older age, and people with medium or higher incomes.

Regardless of Butkevičius' popularity, 36.5% of respondents had a negative or somewhat negative view of the work of the government that he had presided over. 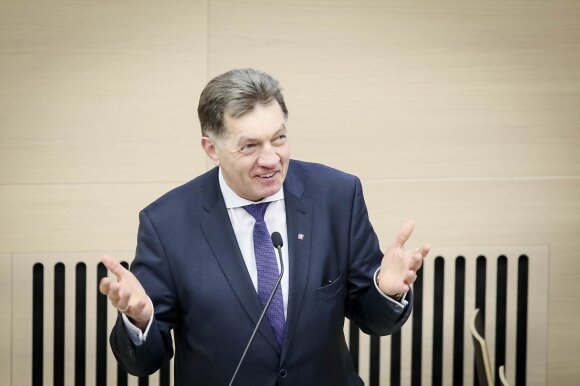 The government's performance was looked at more favourably by men, people of middle and older ages, medium income earners, and people who live in regional centres.

When analysed according to their party preferences, the work of the current cabinet was seen most favourably by Social Democratic, Lithuanian Peasant and Greens Union, and Lithuanian Polish Electoral Action voters. Liberal, Labour and Order and Justice voters had mixed reactions, while Conservatives were overwhelmingly negative.

The core vote of the Social Democratic party comes from people living in regional centres and middle and older aged voters while the liberals are more popular among college-educated city dwellers and people with higher incomes.

The Homeland Union – Lithuanian Christian Democrats draw most support from city dwellers as well but the Order and Justice party enjoy more support among people with lower educations and incomes, while the Labour Party is most popular among younger voters between 18-35 years of age.

The Green’s however are the unknowns in all this, with the opportunity to draw support from all the other parties’ voter bases and two nationally popular politicians at their helm, their chances of making a significant impact at the next election are increasing.

Three politicians are in a close battle for the first spot in popularity ratings, a survey by the...

A new poll shows the Social Democrats holding their position as Lithuania‘s most popular party...