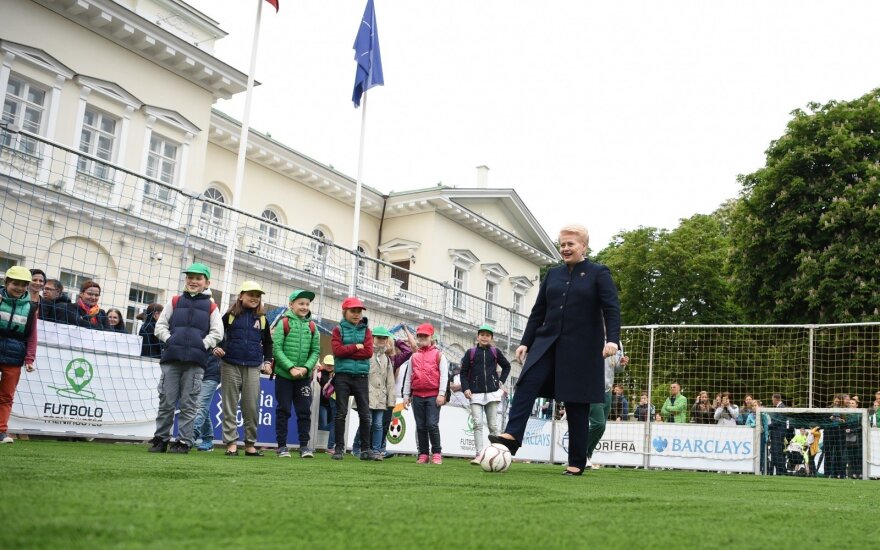 The real campaigning for the presidential elections will begin and the main candidates to the post of president will only really appear with 3-4 months left to the elections says political scientist Vincentas Vobolevičius and political campaign consultant Mindaugas Lapinskas. "It is tactically beneficial for candidates to not be under the magnifying glass for a long time. The media can compromise any person after digging for a long time," V. Vobolevičius states.

Why will we find out about the candidates in the presidential elections only in the last moment? Incumbent head of state Dalia Grybauskaitė announced her candidacy at the end of winter 2009, with only a few months left to the elections, even if talks of her candidacy were ongoing from mid-2008. It would appear that similarly we will find out about the pretenders to take over her post in Daukantas Palace only last minute.

"The real campaign will start late because candidates tactically benefit by not being under the magnifying glass for a long time. Some candidates are seemingly identified at the level of rumours, say Vygaudas Ušackas or Žygimantas Pavilionis, though they have not announced their participation officially. Others are perhaps holding their cards closer to themselves. I believe that all the candidates want to enter the competition with 3-4 months left to the elections. You know, by digging deep the media can compromise any person. The candidates do not want to leave enough time for such opportunities," V. Vobolevičius commented for LRT.lt.

The political scientist states that media investigations of the candidates' biographies can provide voters with both useful information, but also useless gossip. "Voters are occupied, they have their own worries, work and families. They do not necessarily have the time to critically evaluate the body of gossip, rumour and statements that someone smoked marihuana or broke a window in their youth," Vobolevičius continued.

Political campaign consultant M. Lapinskas states that the main candidates will surface even later than January 2019. "The candidates, they have their own "machinery", their own network, volunteers and can practically announce with just a week left to document handing in deadlines. The candidates who need to form a network and make it in time to gather signatures will perhaps announce with a few months left to the beginning of the official campaign. There's nothing much to hope till then. And it is enjoyable for analysts and political scientists to guess, who will enter the elections and who won't," M. Lapinskas said.

Furthermore the consultant explains that it is the media who want to know the candidates earlier, more so than the voters. "I believe the voters do not care about it. They more or less know a fair amount about the candidates. Meanwhile journalists need something to write about, they seek topics. Whenever someone announces their candidacy, the media can call them a candidate. Who is this Robertas Dargis or Gitanas Nausėda? But if you call either a candidate, the context is completely different," M. Lapinskas explained.

Meanwhile in larger countries, the campaign consultant explains, such as the United States, candidates appear early on because they need to "fire up" the whole campaigning machine and enter the first pages in the media. "But there are countries such as the United Kingdom where elections are announced with just five weeks left or Russia, where elections will be held in a month and Vladimir Putin still has not announced whether he will run in them," M. Lapinskas commented.

Political scientist V. Vobolevičius is convinced that in terms of electoral campaigns it is most important that there would be tangible differences between political parties and candidates.

"It is necessary for them to offer tangibly differing alternatives, which would be seen as an obvious struggle of ideas, not competition in details around the same idea or competing in rhetoric, image and curriculum vitae. If it was a competition of ideas, three months would suffice. People do not need a year to look into someone's biography, what matters is that the main differences in ideas would be made apparent. Since they do not exist, the three months can be lacking in content, directed toward personality and charm. This is a problem of democracy," the political scientist spoke.

So far only Lithuanian Centre Party chairman, member of Seimas Naglis Puteikis has declared his candidacy. Lithuania will be electing its new president in spring 2019.

President Dalia Grybauskaite on Friday congratulated Ukrainians on the start of visa-free travel to...