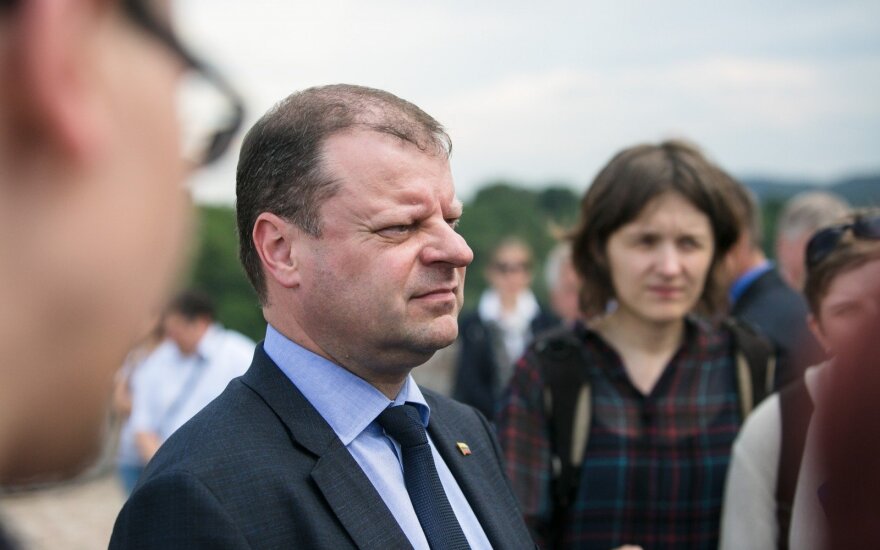 By providing their support in the elections, the people also expressed support for planned reforms, Prime Minister Saulius Skvernelis told LRT Radijas. He claims he cannot understand why the public views current activities negatively. "We finally announce that following the reforms, bachelor's studies will be free of charge. So what is the disappointment with this? I cannot understand why, for example, the higher education reform has to be viewed like this," he stated.

In his interview with lrt.lt, Skvernelis explains that in his eyes the core problem plaguing the country is various forms of corruption and the manifestations of it are incredibly intense and deeply rooted and this, he stresses drives away youth from building a life in Lithuania, lacking family, friends or party who can assist them in finding employment.

The Prime Minister expresses confidence in his government's track record, citing changes to government institution recruitment processes, including leadership selection processes. Skvernelis stresses that "People must see prospects being here, knowing surely that the competition or selection to any position has nothing to do with their social standing."

Regarding declining public support, Skvernelis points out that through their support in the Seimas elections, the people also expressed support for the statements in the electoral programme and ratings may not fully reflect the people's views on the actions being undertaken, something that should be looked into.

"We finally announce that following the reforms, bachelor's studies will be free of charge. So what is the disappointment with this? I cannot understand why, for example, the higher education reform has to be viewed like this. That higher education doesn't like it – yes. It has come to light now that separate universities manage to spend 40 thousand euro each on publications enticing anti-reformist views," Skvernelis commented on the poor publicity surrounding current concerns about education reform.

Regarding children's rights protection, Skvernelis stressed that current conditions are abnormal, but this is specifically why the system is being reformed and centralised, with plans to complete the expected changes this year. Given cases where children from problematic families have temporarily been left in hospitals for oversight for extensive periods of time without adequate care, Skvernelis notes that, for example, the temporary guardianship system has not yet been fully implemented, but such issues are to be resolved by the end of the process. "In essence a mechanism is to start operating that there should be no need to take pause, what is to be done for the children, where to place them if there's no available care institution or temporary custodians." Skvernelis pointed out.