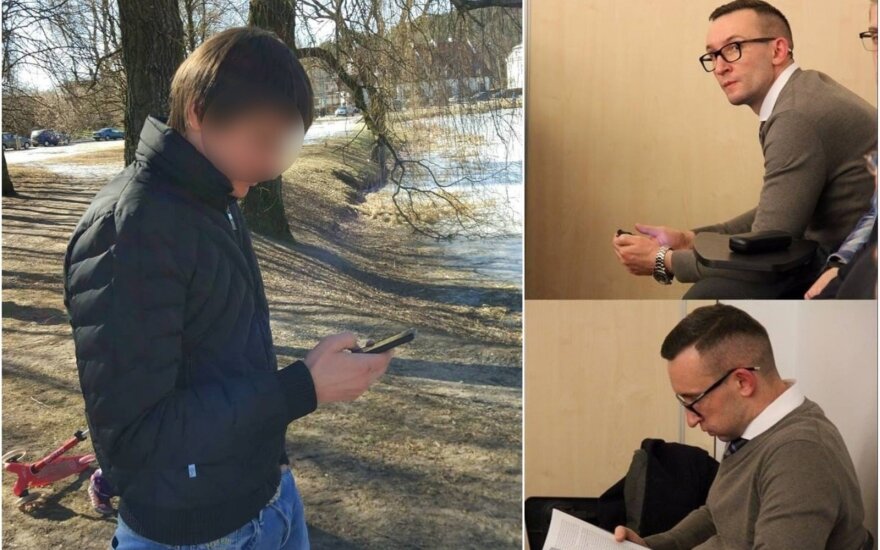 The Kremlin continues to firmly deny responsibility for the usage of the nerve agent Novichok in the United Kingdom. Nevertheless, British accusations toward Russian special services are backed by other countries – the US, France, Germany, as well as Lithuania. With pressure growing in the West to take action against Russian intelligence officers posing as diplomats abroad, Lithuania has officially admitted it is considering joining such an initiative.

When asked about the potential response by Vilnius toward the poisoning of the former British double agent, the Lithuanian president initially stated that Lithuania could expand the so called Magnitsky List.

Currently it contains the names of 49 Russian citizens who are barred from entering the country due to corruption, money laundering or human rights charges. However the possibility was not dismissed that more severe steps may be taken against Russian "diplomats".

"The measures could be varied, including the expelling of individual identified Russian intelligence officers," D. Grybauskaitė told journalists in Brussels during an EU summit meeting. This is namely the summit where the UK Prime Minister Theresa May sought and obtained EU member state support for London's position.

"The EU agrees with the United Kingdom's claim that it is highly likely that Russia is responsible and there is no alternative explanation," a joint statement says, signed even by the initially unwilling Hungary, Greece and Bulgaria. Poland also confirmed it may follow the British and Lithuanian example.

This would not be the first time when Russian officers are expelled from Lithuania for activities that do not match diplomatic work. Usually such steps are made by a state when intelligence officers posing as diplomats disregard warnings, take aggressive action or threaten national security.

Recognised a "photographer" from the library

Political scientist and political activist Vsevolod Chernozub, who received asylum in Lithuania in 2013 says he noticed a familiar face on March 18 during the Russian presidential elections. During a protest next to the Russian embassy, a youth was observed nearby, who V. Chernozub suspects was a Russian intelligence officer.

"I met an operative, who was following and photographing me in the library late last year. I immediately recognised him and started taking photos myself," V. Chernozub wrote. Upon being spotted, the suspect individual quickly blended with the crowd and turned to the embassy's premises, from where he later quickly departed by car.

V. Chernozub assured Delfi that the person, who was secretively photographing him in the library, did not stand out up to being recognised: remained silent, spoke to no one and only monitored the protest.

"This is not the first such case, but usually they are not as recognisable. As for them doing it so that you would know you are being followed – it is psychological pressure to intimidate me. But that's just a part of our life.

Only in Lithuania do we feel protected by the local government, this is why people ask for asylum here," V. Chernozub stated. Neither he, nor Delfi can confirm with certainty that the individual caught on camera is actually a Russian intelligence officer.

"The impression is that they care more about demonstrating monitoring, more about frightening with such behaviour, creating the feeling of insecurity here, in Lithuania rather than following exactly what books are being read in the library," N. Maliukevičius said.

V. Chernozub also revealed that even if his assumptions about the operative proved incorrect, it would not be the first case, when suspicions arise regarding the actions of Russian intelligence services. For example several years ago he noticed that certain taxi drivers in Vilnius are especially interested in the agendas of arrivals from Russia.

"You sit down in the car, they drive you and ask where you're from, who you are, what protest you're headed to. Everything is done very obviously, one can only thank the embassy that they choose such failures," the political scientist mocked.

For example in their evaluation of threats to national security released last April, the State Security Department (VSD) and Second Investigation Department (AOTD) released an image of a Russian intelligence officer posing as a diplomat.

A caption follows under the image: "Intelligence officers posing as Russian diplomats participate in academic conferences and other official events, during which they seek to establish contacts and gather information."

Official information on who this Russian officer is and why his name was not released was not presented. VSD director Darius Jauniškis said that it is not yet the time to release the individual's name because it is hoped that he will come to cease his activities. This was apparently also a signal for him to consider returning to his country. However he did not listen to such polite hints from the VSD and stubbornly continued his activities for a time.

More observant Lithuanians took note of the photo containing the aforementioned intelligence officer already in April. Students and lecturers could recognise the premises of the Vilnius University Institute of International Relations and Political Science. In them, various conferences and seminars, which require no registration, are often organised. Even those, who register themselves are often not reviewed or they are not barred because there is no legal reason to.

Experts confirm that the carefully listening, politely discussing Russian intelligence operative can be a significant threat because it is an old Kremlin intelligence tactic to recruit naïve, idealistic or simply civic-minded students.

Links established already during study years and assistance can later impact careers, be made use of as a means of blackmail. As such VU TSPMI took up unprecedented measures and released a statement on its Facebook profile.

"The VSD national threat evaluation report states that constant participation of Russian intelligence officers was observed in various events, conferences and such related to international relations, politics and defence in 2016.

We have noted that the individual specified in the VSD report also participated in the institute's events. Here we share several photos of him. As such we encourage the entire VU TSPMI community to critically reflect on any requests by individuals to share information. Simple, at first glance coincidental contact, can mean Russian intelligence efforts to find out about you, your views, your weaknesses. The individual could inquire about student's written tasks or theses, request to share material and such. Remain wary, protecting yourself and the state," the statement said.

TSPMI deputy director for studies Margarita Šešelgytė told Delfi back then that the aforementioned suspect individual was pointed out to the institute's management by students themselves some time earlier. The photos show how the individual posing as a Russian diplomat participated in not just one, but a number of TSPMI events.

At one point, the Russian operative even caused a scandal when during one lecturer's seminar he began provoking with peculiar questions regarding Lithuanian energy projects. The Russian presented himself as a "businessman", spoke excellent Lithuanian and tried talking to students, asking for their work regarding the Lithuanian military and conscripts.

According to M. Šešelgytė, the problem is that "he is completely unafraid", furthermore, based on unofficial information, he was noticed already after the famous VSD report, where he was "revealed". The Ministry of Foreign Affairs can always expel such an individual from the country by declaring them persona non grata.

However this would mean that based on diplomatic practice, Russia would take analogous action, declaring a Lithuanian official in the Moscow embassy persona non grata.

Acting based on the usual scheme

Already in last year's evaluation of threats to national security prepared by the VSD and AOTD it is stated that Russian spying and influence operations against Lithuania were performed by three Russian intelligence and security institutions: the Russian Foreign Intelligence Service (SVR), the Russian Federal Security Service (FSB) and the Main Directorate of the General Staff of the Russian Armed Forces (GRU).

According to the document, intelligence activities are directed against Lithuania in Lithuania, as well as Russia and third countries. Usually Russian intelligence officers hide under the cover of diplomatic status in Lithuania and visit various events, scientific conferences, publication presentations, exhibitions and others.

According to the VSD, what is interesting is that certain Russian intelligence officers working in Lithuania are fluent in Lithuanian, are skilled communicators, easily make conversation, and cunningly mask their real motives for interest.

Usually Russian intelligence officers want to know as much as possible about the target, their views, their weaknesses, potential motives to cooperate. Not even a few hours pass after the acquaintance and the operative informs his coordinators in Moscow about it. They then decide what to do with the contact later.

Lithuania's President Dalia Grybauskaitė said on Thursday that the country was considering...

Seimas to opens bill to raise wages for intelligence officers

Lithuania's parliament has opened a government's proposal to raise wages for intelligence officers.

Lithuanian intelligence has blocked plans by Lewben Investment Management to acquire a company...