Russian nationalist Gorsky to apply for political asylum in Lithuania 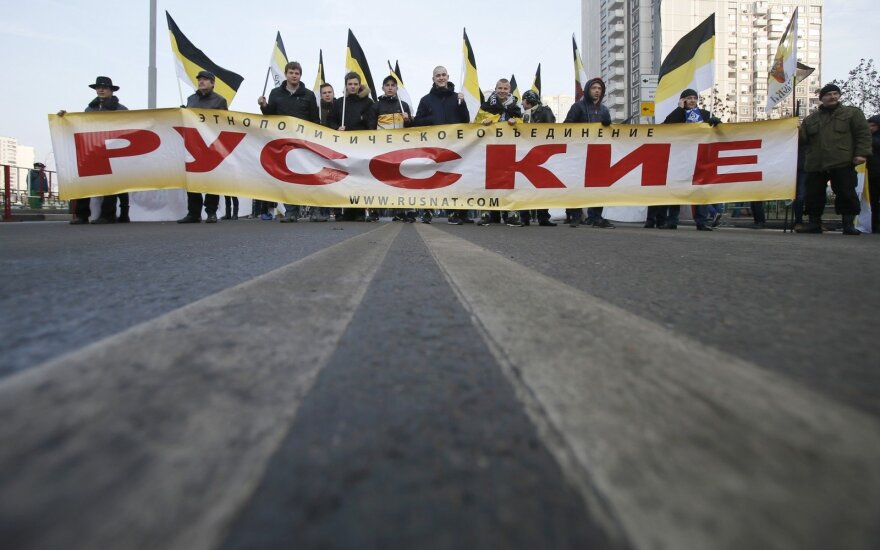 The Russian opposition activist, who calls himself a nationalist, came to Lithuania via Belarus last week and currently has a valid visa.

"I came with a Lithuanian visa. I will take the opportunity to be here as a tourist, because I still need to make trips to the European Union. I will apply for asylum in Lithuania as soon as I finish my urgent business there. This will most probably happen in mid or late August," he told BNS on Monday.

The Russian arrived in Lithuania early on Sunday.

Officials from Russia's Federal Security Service (FSB) detained Gorsky in Moscow last Wednesday. The man said that he was suspected of public calls for extremist activity. At a nationalist rally in May, he chanted "Ukraine -- Maidan, Russia -- Manezhnaya, barricades, tires, fire" and "5.11.17 revolution".

Gorsky was placed under house arrest by a local court two days later.

The Russian said that his trip to Lithuania had followed a pre-planned route and involved changing cars.

He said that he did not want to be held in political captivity.

At Lithuanian parliamentarians' initiative, the Parliamentary Assembly of the Council of Europe has...