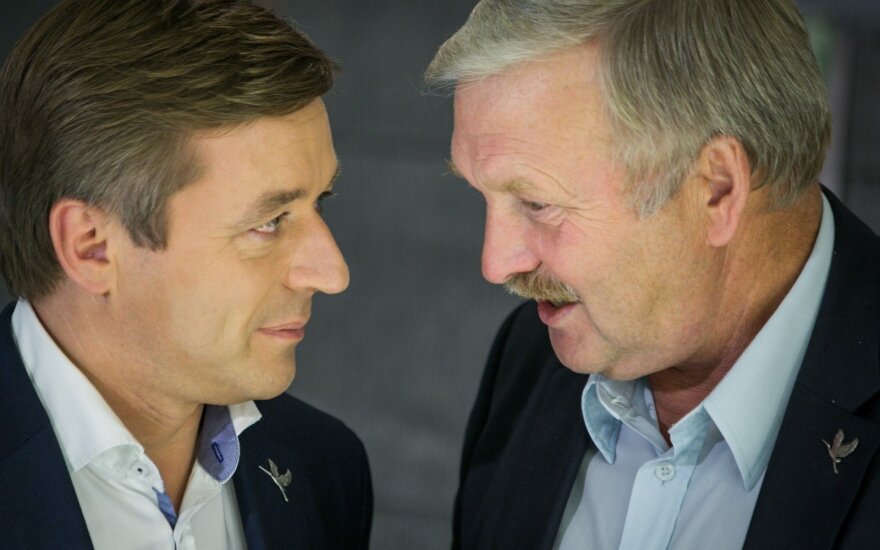 The Lithuanian Peasant and Greens Union (LVŽS) took a landslide victory in the recent Seimas election, earning 56 mandates in total and is now eyeing not only the PM seat, but also the seat of Seimas Speaker. In such a case, a very real candidate to take the seat of PM would be Member of European Parliament Bronis Ropė, who told journalists at the European Parliament on Monday evening that he is honoured by party leader Ramūnas Karbauskis’ trust, but remained diplomatic and did not reveal any specific plans, Alfa.lt reported.

Related articles
ELECTIONS. Karbauskis on what matters to the 'Peasants and Greens'
ELECTIONS over – who will govern?

“I understand that it is a very important post, furthermore when entering the election we set specific tasks to accomplish, which demand expertise in various fields and concentration,” B. Ropė spoke, having returned from Lithuania for a plenary session of the EP.

According to the MEP, there have been no extended discussions of him being assigned the post of PM, however this was no surprise as the possibility was talked of a few months ago, albeit it did not look very realistic then. B. Ropė did not deny that there was talk about the post on election night, but no specific answers or pledges were made either.

“I said that currently I do not really understand or imagine that post. If I was to take the position, I am unsure whether I would be the most suitable member of our team, whether my abilities would satisfy not only those of our parties, but the entire coalition and also the President,” stated Ropė.

The MEP did not dismiss the possibility that with him relinquishing the post of PM, the position could go to a non-partisan candidate. “We are not dismissing the possibility seeking a person from outside, who could perform at his best in the post, to invite them and coordinate this with coalition partners,” stated B. Ropė.

When asked whether he is prepared to relinquish his position as MEP, Ropė remained cautious, but stated that if need be he would give careful consideration for this.

“I am in no rush to this post, I know what this job entails. It takes a toll on your health and takes up a great deal of time, the period you do this work is all consumed by it. My wish as one of the leaders of the party is that the position would be strong, lively and successful at implementing strategy,” Ropė explained his views on the post of PM in Strasbourg.