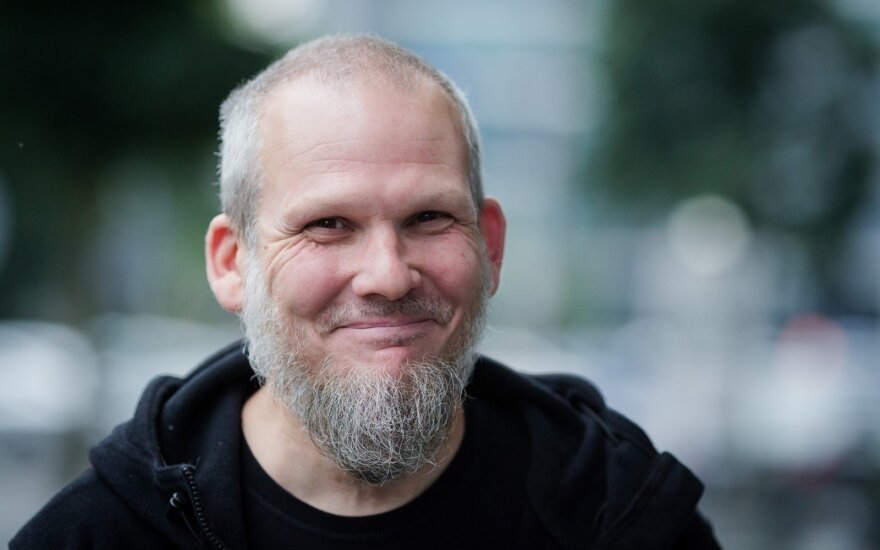 I particularly enjoy the day after the celebration when the bustling crowds have dispersed, flags that have yet to be taken off continue to fly in the wind, the homeless, sparrows and cats take their time in gathering recyclables for deposit and scraps of food and the return to daily life becomes lazily pleasant. I can now say that the centenary of restored statehood was successful and only pessimists or those intentionally distancing themselves from Lithuania, as if it were some foreign project, could claim otherwise.

It is not all that important which heads of state or monarchs came to greet us, how many square metres of tricolour weave we used for decorations, who sang on the stages of the most important events and how much it all cost. The latter topic is completely of no interest to me and it is specifically those whose entire lives' tax payments would not suffice to pay for a single piece of pavement on which they stand, who are most interested in counting how many cents could have been added to benefits payments if the celebration was not held.

In President Dalia Grybauskaitė's speech at the three Baltic States' flag raising ceremony at the Daukantas Square on February 14 we heard the following: "Each and every one of you are Lithuania. Depending on what you do and how you live, Lithuania will stand with its head lowered or raised. It is the only time given to us by Lithuania. Let us consider how we will use it and what we will create. Let us be seen and heard, let us be brave and reliable. Year after year, generation after generation."

The feeling that Lithuania is all of us and not just the president with the Seimas speaker, the honour guard and the 100 meritorious individuals who were awarded on the eve of the celebration was palpable in the air, not only above the bonfires lit in Gediminas Avenue, the crowd gathered in Cathedral Square for the concert, but also in little towns and villages decorated in tricolour where at least one Lithuanian still lives.

I thought that the moods of the 1988 Sąjūdis rallies could not be replicated, but numerous different people, who participated in the events for the centenary of re-established Lithuanian statehood, without consulting, stated they experienced the same feeling. Even those, or perhaps especially those, who were born in the independent state, stated they only now understood what their parents felt when freedom was awakening.

One could question, what the emotion, which lasted perhaps only a moment and shocked you with its authenticity, the happy tear you wiped away, the experience of unity with strangers standing next to you, singing the same words, what this feeling means? For the generation of the 1988 Sąjūdis rallies this was enough to endure the 1990 blockade and the January 13, 1991 coup in Moscow and our own politicians' bickering. It was enough for this contagion to be spread to our children, who managed to recognise this feeling within these days.

Of the 100 years since February 16, 1918, we have only been free half the time. We should not have any illusion that all the tribulations of freedom are left in the history books. The Russian gift for the centenary of re-established Lithuanian statehood – the deployment of Iskander rockets in Kaliningrad – will not allow us to forget the catastrophe of 1940.

On the eve of the celebration, in an interview with the ELTA news agency, D. Grybauskaitė, when asked whether it can be said that Lithuania feels safer, stated that we feel more confident.

"I do not believe that with such Russian behaviour that we see today, the demonstrations of aggression, anyone can feel safe. However our goal is to be confident, invest in joint defence and NATO reforms so that we could adequately and quickly react to all dangers, regardless where they stem from," the president said.

Confidence should also be inspired by our allies' growing capacities to adequately respond to any threats; this is especially true for the recent effort by US President Donald Trump's administration to show that the Barack Obama era appeasement to arrogant aggressors and the time of pacifism have now passed.

When a US forces operation in Syria's Eastern Deir is Zoro led to the destruction of hundreds of Russian special forces troops acting as mercenaries in the private Vagner company, who earlier made appearances in Eastern Ukraine, it was more akin to a sci-fi movie than the confrontation of equals. You may recall how Stephen Spielberg's War of Worlds featured technologically advanced aliens destroying natives on Earth.

Vladimir Putin received such a clear indication of how matters will proceed if he will step over red lines that for a few days he stayed out of public sight – his press secretary Dmitry Peskov told journalists that supposedly the Russian president caught a cold. Perhaps it takes time to realise why hybrid warfare methods do not work when the bloody work is done by detachments which do not formally belong to the Russian army – "green men", "volunteers" or "mercenaries" where plausible deniability could be called, that they were not there (Ukraine, Syria). If they "are not there" then they won't remain there, the Americans retorted and demonstrated exactly how it is done.

This is relevant to us primarily because the Baltic States' Eastern borders were clearly identified as one of these red lines. Now it is no longer important what casualty count Russia officially admits for Deir is Zore, what matters most is that its president and chief military leadership know how hybrid warfare operations against the Baltics, Poland or any other NATO member will end.

Landmarks and buildings across Lithuania and in some foreign cities are illuminated on Friday in...

Monika Garbačiauskaitė-Budrienė. Lithuania, ask not for whom the bell tolls